KUWAIT: Social media has become a place where people can achieve their desire to be famous and popular, and it helps to publicize people’s talents. Some parents see it as a good opportunity to help boost their finances by opening a social media account for their children to attract advertisers and companies, despite some being very young, wanting their children to become famous.

This kind of behavior by the parents can affect the future of their children, who did not have a chance to choose whether they want to be famous or not. Regarding the reasons that push parents to enroll their children on social media, Kuwait Times spoke to psychological and social consultant Hassan Al-Mosawi, who explained the issue through several facets. He started by saying that in many cases, mothers share the blame for this problem and is even the main person responsible in certain cases.

“To be specific, mothers are mainly responsible for this issue due to their desire to show off the beauty of their kids. Sometimes, this can be defined as a psychological deficiency, as they trying to push their kids to achieve the dreams they weren’t able to achieve. Some of them compete with their friends to demonstrate the excellence of their children in a certain area in order to put the spotlight on themselves,” Mosawi said.

“Meanwhile, mothers who sign up their children on social media, especially the young ones, are trying to mold their children’s personality through social media by highlighting them in specific fields such as fashion, blogging or something else. Which leads us to the same point, that mothers are focusing the lights on themselves for fame,” he said. “Imitating Western behaviors has become a trend, despite the content’s unsuitability with Arab and Islamic culture. Parents are encouraging their kids to be famous without taking into account the problems the children may face on social media, especially for teenage girls,” Mosawi said.

Mosawi mentioned some parents think it is a normal thing for their children to be on social media as long as they are not hurting anyone, although they are causing harm to them. “Unfortunately, the father’s role in this matter is weak and not helpful,” he rued. “When the children or teenagers become socially accepted on media platforms, it turns from a psychological and social goal into a financial and commercial purpose – working for money,” he stressed.

On whether parents have the freedom to choose the future of their children, Mosawi said: “If the parents want to enroll their kids on social media, it should be at an age when their children have reached the stage of awareness and have the ability to make their own decision to enter social media or not. It is not acceptable to sign up kids on social media who are two or three years old and have no power to make a decision, merely to achieve fame for their parents.”

Regarding the future psychological effects on children as a result of their access to social media, Mosawi said: “This kind of behavior will affect the kids in the future in several ways such as dropping out of school due to their interests on social media and social appearance, while their personalities will have notable features as being narcissists, egoists and showoffs, which will lead to social isolation due to their difference from others. When these children grow up, their behavior that is acceptable now will be socially unacceptable tomorrow, and this will lead to serious problems such as depression, isolation, fragility and a weak character.”

Regarding the importance of passing laws and regulations that prevent parents from enrolling their children on social media at a young age, Mosawi pointed out that this issue should be highlighted under the children’s rights issue. “There must be entities and laws in Kuwait and in the Arab world that prevent such behaviors by parents towards their children, and consider it as a kind of exploitation and extortion of children, in order to safeguard the children’s right of choosing their future,” he told Kuwait Times.

Mosawi warned parents about the psychological affects children could face due to attacks via social media, such as bullying, sexual harassment or financial fraud, which will lead to severe results such as social phobias or isolated personalities, which in some cases may even lead to suicide. “All of this is a result of irresponsible parents who want to be famous on social media,” he cautioned. 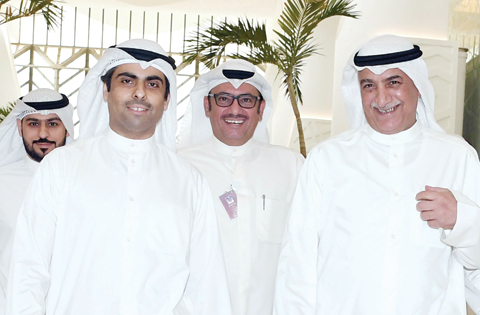 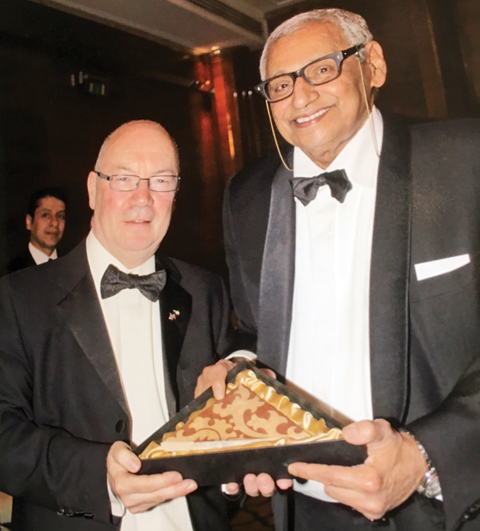 Britain honors Kuwaiti ambassador for his role in promoting ties