DOHA: Qatar will continue to arm Syrian rebels even if Donald Trump ends US backing for the multinational effort, Doha’s foreign minister said in an interview, signalling its determination to pursue a policy the US President-elect may abandon.
But Foreign Minister Sheikh Mohammed bin Abdulrahman al-Thani said the wealthy Gulf state would not “go solo” and supply shoulder-fired missiles to the rebels to defend themselves against Syrian and Russian warplanes.

While the rebels needed more military support, any move to supply “Manpad” anti-aircraft weapons to them would have to be decided collectively by the rebels’ backers, the minister, a member of Qatar’s royal family, told Reuters late on Saturday.
Some Western officials worry that Gulf states, dismayed at effective Russian air support for Syrian President Bashar al-Assad, could supply such weapons. Washington fears they could be seized by jihadi groups and used against Western airliners.
Qatar is a top backer of rebels fighting Assad, working alongside Saudi Arabia, Turkey and Western nations in a military aid programme overseen by the US Central Intelligence Agency that provides moderate groups with arms and training.

Qatar was determined to carry on, Sheikh Mohammed said, sipping tea in his spacious office on the ministry’s top floor overlooking the Gulf. “This support is going to continue, we are not going to stop it. It doesn’t mean that if Aleppo falls we will give up on the demands of the Syrian people,” he said.

Historic ally
“Even if the regime captures it (Aleppo), I am sure they will have the ability to capture it back from the regime … We need more military support, yes, but even more important we need to stop the bombardment and create safe zones for the civilians.” He said Assad was “the fuel of Daesh” – an acronym for Islamic State – because his forces’ killing of Syrians helped the hardline group motivate young Syrian recruits. “We never see any effort for him fighting Daesh,” he said. But Trump has signalled opposition to US support for the rebels, indicating he could abandon them to focus on fighting Islamic State which controls land in eastern and central Syria.

He might even cooperate against IS with Russia, which has been bombing the rebels for more than a year in western Syria.  In an interview published this month, Assad said Trump would be a “natural ally” if he decides to “fight the terrorists”. “We want to have the US with us, for sure, they have been our historically,” Sheikh Mohammed said.

Qatar and other Gulf states believe the nationalist Sunni rebels are needed to build a stable Syria. But their policy has long been hampered by splits in the opposition and the prominent role jihadists have played in the insurgency.

Assad’s government has accused Gulf states of backing what it calls terrorist groups in the country. Gulf states deny this and Sheikh Mohammed said any group that shared the values of al Qaeda was neither effective nor useful. Assad, a member of the minority Alawite sect, is dependent on military support from Russia, Iran and Shi’ite Islamist militias in the fight with the Sunni Muslim insurgency.

Sheikh Mohammed suggested that Trump’s views about Syria might evolve once in office when he received intelligence reports about the “reality” on the ground. Sheikh Mohammed said the reality was that Assad and violence by his forces were the core security risk, and that Islamic State was an outgrowth of the civil war. More hardline groups would emerge if the war does not come to a just end.

“If we are not going to address the cause of all this …  without addressing the issue of al-Assad, we will have another extremist group, it will be more extreme and more brutal,” he said, noting that Islamic State had evolved from al Qaeda.

Problems for decades
The minister hit out at Egypt, normally a close Gulf Arab ally, for appearing to side with Assad, and criticized Iran for what he said was interference in the affairs of Arab states. Egyptian President Abdel Fattah al-Sisi, whose flagging economy has received billions of dollars from Gulf states, has supported Russia’s decision to bomb in support of Assad.

“For us unfortunately Egypt is supporting the regime … We hope that they come back and be with us,” he said. Support for Assad was the same as supporting terrorism, he said, “because he is a terrorist and he is on equal footing with Daesh”.
Sheikh Mohammed chided Western politicians for using anti-Muslim and anti-refugee rhetoric in election campaigns, saying it was against the values the West had long stood for.

“Unfortunately these narratives … will cause problems for decades because in Europe and the United States, the Muslim community is part of the texture of their society … It will help them maybe to win the election but it will last for decades, it will create a problem within their communities.”-Reuters 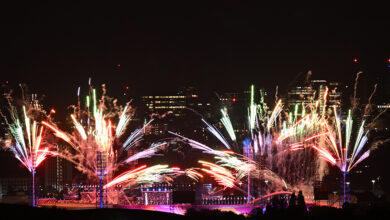 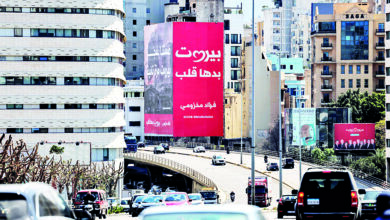 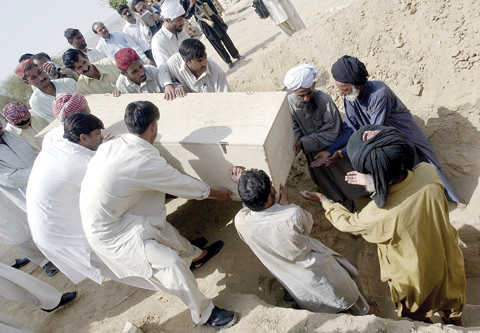 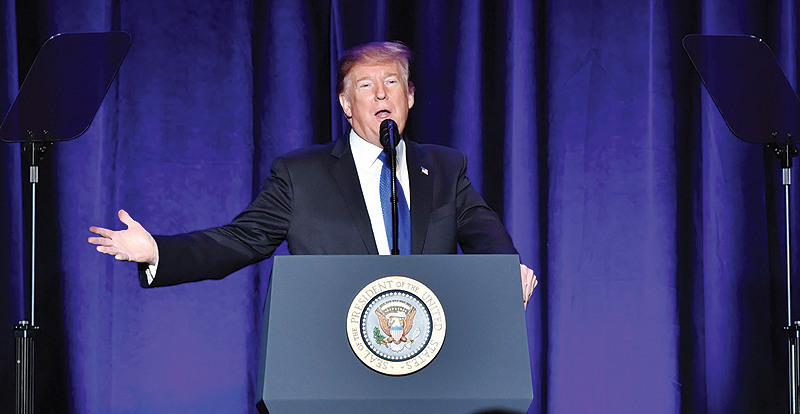