Gina Rodriguez, the Golden Globe-winning star of TV comedy “Jane the Virgin,” said she wept when she heard the Oscar nominations, and saw “Roma” star Yalitza Aparicio’s name on the list. For one of the first times, Rodriguez said she felt seen, along with many other Latinos working to be noticed in Hollywood and reflected in that work. “Oh my god, I am so proud,” the 34-year-old Rodriguez told AFP in an interview. “To have a Latina out there, my whole heart-my whole heart exploded.” If she strikes gold on February 24, Aparicio would be the first Hispanic woman to win the best actress Oscar-a sea change that Rodriguez hopes to be part of with her new film “Miss Bala.”

The film — a remake of a 2011 Mexican flick that hits US theaters on Friday-has been adapted as a “fun action movie” to appeal to a more global audience, Rodriguez said. But the difference is that the star is a woman-and a Latina to boot. “Miss Bala” tells the story of a Latina living in Los Angeles who travels to the Mexican border city of Tijuana to help a friend competing in a beauty contest-and finds herself mixed up in the dark world of drug trafficking.

As the bullets fly and explosions ring out-all with a good dose of exaggeration-Gloria (Rodriguez) discovers she is a woman capable of doing things she never imagined possible, including using a firearm. Importantly, 95 percent of the cast and crew is Latino-that’s pretty rare for a Hollywood production, but Rodriguez is hoping it will become more of a norm. “I believe that if we Latinos and Latinas come together and support ‘Miss Bala’, then we’ll see real change. We won’t have just one movie-we’ll have many more movies,” she said. “I think the studios will stand up and start putting money behind films with Latinos and Latinas, in front of and behind the camera.”

To create change, ‘do it yourself’
The film’s director, Catherine Hardwicke, is one of the rare non-Latinos on the crew. But she grew up in the border city of McAllen, Texas with “the richness of both cultures.” “I’m not really Mexican but I’m not really American,” Hardwicke, who directed the first “Twilight” film, told AFP, adding that she injected much of that “identity thing” into the film. The internal conflict is seen in Gloria, who doesn’t speak Spanish all that well, and in the villainous Lino (Ismael Cruz Cordova). The character grew up on both sides of the border and says at one point in the film that he is too Mexican for the US and too much of a “gringo” for Mexico.

Rodriguez, who was born in Chicago to Puerto Rican parents, says she feels the same way sometimes. While she has won film roles in “Deepwater Horizon” and “Annihilation,” she says the road has not been easy. “I was 32 years old when I booked ‘Miss Bala.’ I hadn’t had an opportunity up until then that looked like ‘Miss Bala.’ And since then, I haven’t had an opportunity. So that’s how you know it’s super rare,” she said. She cites actresses Rita Moreno-one of the rare entertainers with EGOT status, having won an Emmy, Grammy, Tony and Oscar (for best supporting actress) — and Lupe Ontiveros as trailblazers for people like her.

Rodriguez now hopes to continue down the same path with her production company I Can And I Will. “What I’m personally doing… is making sure that we are pitching television shows and movies that are made by Latinos, that are written by Latinos and that have gender parity on the set,” she said. “The only way to create change is to do it yourself-not to complain, not to be upset, not to be mad that someone else is doing it, but doing it yourself.”

She says she is working with Disney on a series that would follow the adolescence of a young Latina who will eventually become president of the United States-at a time when President Donald Trump is espousing anti-immigration policies. “I’m hoping that the unfortunate bullying by our White House of our community will remind us how powerful we are together as a whole,” Rodriguez says.-AFP

Early human cousins may have been jewelers 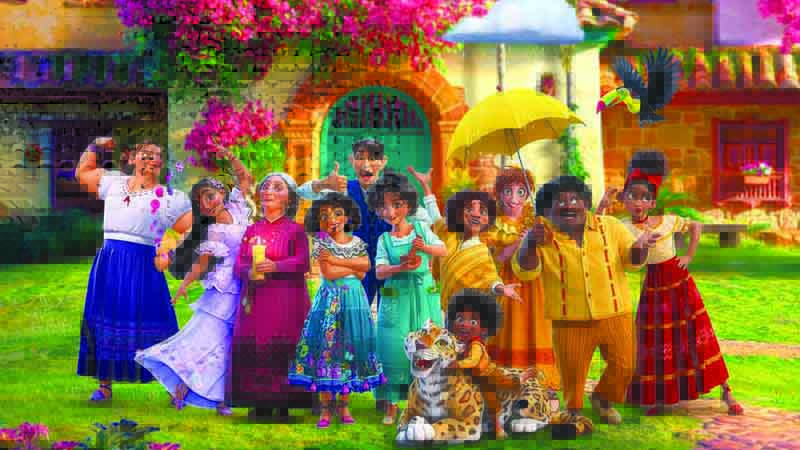 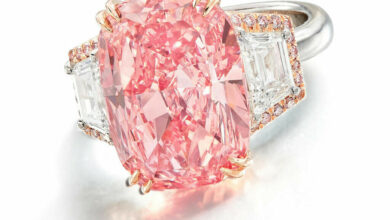 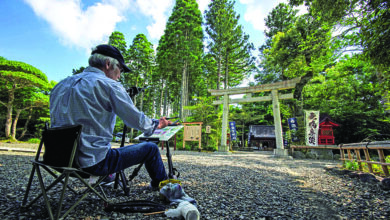 ‘Like a dream’: Japanese grandpa draws in following as art YouTuber 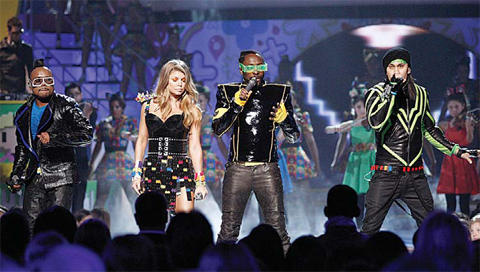 Black Eyed Peas reunite for new ‘Where Is The Love?’ version