KUWAIT: Doha Bank hosted a knowledge sharing event on 19th September 2017 at JW Marriot Hotel, Kuwait. The theme of the event was “Qatar- Kuwait bilateral opportunities”. The event was well attended by leading Corporates and Bankers in Kuwait who were keen to hear more about Kuwait Qatar bilateral relationships and to explore further business opportunities with Doha Bank.

Dr R Seetharaman, CEO, Doha Bank was the keynote speaker and gave the concept note. He said “According to IMF July 2017 Outlook, economic activity in both advanced economies and emerging and developing economies is forecast to accelerate in 2017, to 2 percent and 4.6 percent respectively, with global growth projected to be 3.5 percent. Current global growth prospects are encouraging, though the pace of growth is still weaker than desirable.”

Dr R Seetharaman gave an insight on Kuwait economy. He said “Kuwait’s non-oil growth is expected to improve to in 2017 and 2018. Kuwait Banking sector lending growth in was more than 7 percent on YOY basis in 1st Half of 2017 and deposit growth was flat. Government- funded projects will drive economic growth. Domestic interest rates moved up in June 2017 even as the Central Bank of Kuwait opted to keep its key policy rate on hold following the US Fed hike. Though the central bank refrained from hiking the discount rate in June, it did increase the overnight repo rate by 25 basis points, which helped lift interest rates. Qatar – Kuwait bilateral trade was above 2.7bn QR in 2016.”

Dr R Seetharaman highlighted on the opportunities in Kuwait. He said “This year Kuwait has unveiled a new plan to transform the country into a regional financial and cultural hub by 2035. It has organized seven pillars which are areas of focus for investment and improvement. The Kuwait budget deficit 2017-18 is projected to be $21.6 billion, with revenues estimated at $43.6 billion and expenditure at $65.2 billion. Kuwait stocks could get an extra boost from the Kuwait Investment Authority. Initiatives targeted at improving market liquidity and reducing trading costs should help support local and foreign interest in the Kuwaiti capital market. The Kuwait government had issued domestic bonds worth $7.2 billion and international bonds worth $8 billion. Kuwait is coming up with infrastructure projects such as Kuwait Metro, Kuwait International Airport expansion & Regional Highway. Kuwait’s 2035 vision stresses the importance of developing tourism and its role in supporting Kuwait’s economy by creating employment opportunities in the private sector.”

Dr R Seetharaman gave insight on the recent reforms brought by Qatar and the potential opportunities therein. He said “Qatar ranked 18th in ‘the Global Competitiveness Report 2016-17’ and stands second in the region. A new law for Public Private Partnership (PPP) businesses in Qatar should provide an additional level of comfort to the private sector and foreign investors. In Feb 2017, Qatar issued a new law on arbitration (the “Arbitration Law”), inspired by the UNCITRAL Model Law (the “Model Law”), an international template for law on arbitration. In terms of food security, Qatar now have many local companies that are supporting the country and it can develop these businesses further and boost its food production to provide both locally and internationally. Qatar Budget 2017 has allocated for key sectors such as health, education and infrastructure QR87.1 billion ($23.9 billion) which is made up made up of nearly 44 percent of the total expenditure in the 2017.Transportation and infrastructure projects, which represented a main pillar of enhancing sustainable development, have been allocated QR42 billion. ($11.51 billion).The accomplishment of the New Orbit Highway will facilitate the world cup infrastructure works as per schedule. Qatar’s landmark residency plan is a welcoming social and economic reform. It will attract skilled expats to have a career in Qatar. It will also encourage investors as they would be able to launch business ventures. It will help migrants to further integrate with Qatar’s society. On the whole the landmark residency plan will enhance expatriates participation in Qatar’s economy and society in various forms and thereby contribute to sustainable growth of Qatar. Qatar has also waived entry visa requirements for citizens of 80 countries.”

Doha Bank Management gave a farewell to Ahmed Yousuf Ahmed Al- Mehza, Chief Country Manager, Kuwait Branch and On behalf of Doha Bank Management Dr R Seetharman thanked him for all the efforts taken for the organization and wished him good luck in all his future endeavors. He also welcomed Loai Fadel Mukamis who will be the new Chief Country Manager of Doha Bank Kuwait Branch.

The vote of thanks was given by Loai Fadel Mukamis, Chief Country Manager of Kuwait. 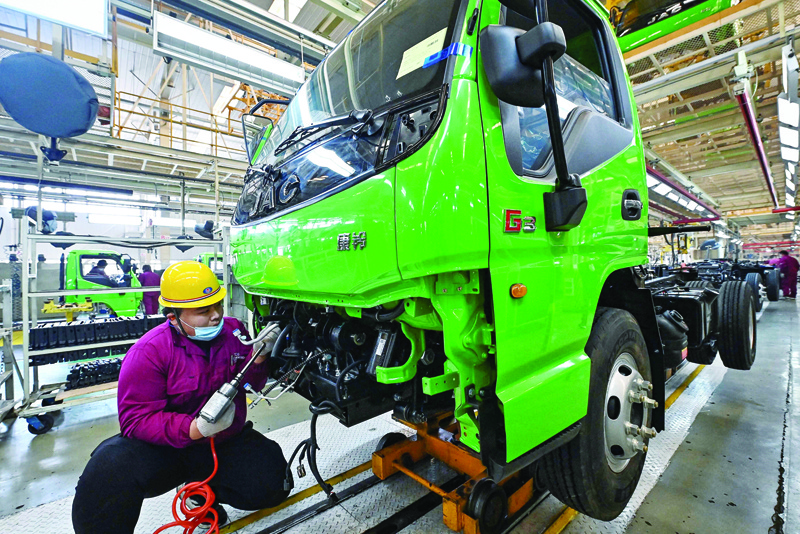 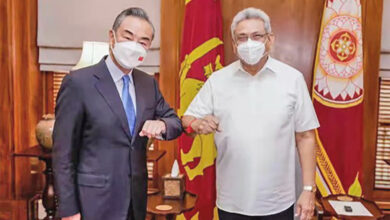 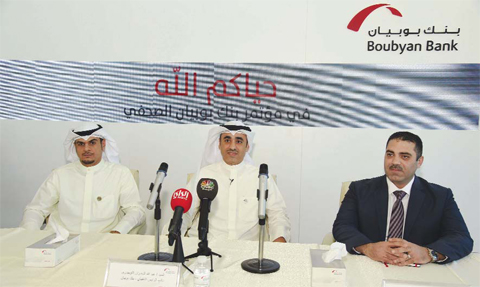