Kuwait National Petroleum Company (KNPC) will soon name a financial advisor to obtain a KD 700 million loan from local banks for the Al-Dibdibah Solar Power Plant project. According to Kuwait Times, the project’s tender will be offered for bidding at an estimated cost of $1-1.5 billion spread over an area of 32 sq km to the northwest. This new project will generate 1.5 megawatts of solar power, equivalent to 15 percent of the total power expected by 2030.

Kuwait is carrying out ambitious projects related to renewable energy, especially solar and wind power, to reduce dependence on oil for electricity production. The ministry of electricity and water, in cooperation with the Kuwait Foundation for the Advancement of Sciences, has installed solar panels in the parking lots of several cooperative societies to provide energy for lighting. This project proved to be successful, so the ministry plans to expand its scope to include more locations in the coming period. Perfect move for Kuwait!

I trust that changing the direction of any country by adopting new sources of energy is good, especially in Kuwait, because for many years we didn’t have real change in this field, especially as we are a country that does not lack the sun or the wind almost throughout the year. It is about time to use these two powers.

I think the government is aware that the increasing electricity consumption dictates the development of new practical solutions to reduce dependence on oil as a source of energy generation. The best alternative is to rely on renewable energy. Kuwait also started applying new electricity and water tariffs after lifting subsidies from Aug 22, 2017 on investment properties.

In March, the director of the Kuwait Institute for Scientific Research (KISR) revealed that 85 percent of the first phase of the Shakaya project for the production of renewable energy from wind and thermal solar systems is complete. He added that the project has several stages – the first is Shakaya, the second is Al-Dibdibah with Kuwait Oil Company, and the third phase will be in partnership with the private sector.

I think we need to overcome obstacles between the local community and the real application of clean energy systems in housing, work and elsewhere. Perhaps the problem is that there is a culture prevalent for years, which relied on oil for power generation and there was no encouragement from governments to institutions to support the work in this future sector. But not anymore. Also, the high financial cost to expand power generation means, whether through the sun or wind, is an obstacle for poor developing countries. But, adoption of this trend seriously now is important to Kuwait, because we really need these projects.

While I was reading about this subject, I saw a study online on the same topic that was carried out in Saudi Arabia. Tests were conducted in some areas of Saudi Arabia in the open air to study the properties of solar cells. Tests have shown that exposure of energy cells to dust for six months without any cleaning leads to a 50 percent reduction in energy production. Many solutions were presented to address this issue, and the easiest way was cleaning the panels manually weekly. This requires maintenance companies on long-term contracts.

I do not know about the dust there, but Kuwait has a high dust rate almost throughout the year, so I think such observations should be taken into account if we really want to adopt the use of solar energy. I think energy production from new sources is an amazing step and the private sector and the youth should be encouraged to enter such projects in a developing country like Kuwait.

The Pakistani man and the old lady 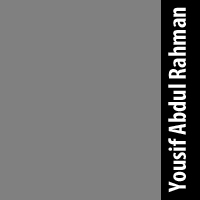 It is only girgian, stop showing off