I wonder about regimes that speak about Islam and carry the banner of “There is no God but Allah, Muhammad (PBUH) is His messenger”, but the truth is that all these are just slogans – this is what I witnessed. I headed to a European country on an airline belonging to a top Arab and Muslim state.

When I boarded the plane, and preparations to take off started, I waited for the travel prayer. But the plane took off without hearing or reading the prayer. I called the flight attendant and asked him: “Why didn’t you play the travel prayer?” “Would you like me to write it for you on a piece of paper?” he answered.

“Excuse me! Why? Am I going to give an exam?” I said. “Sorry, these are the rules of our airline!” He said. I replied with astonishment: “Doesn’t your airline belong to a Muslim regime?”

He said: “You know, foreign passengers get upset from this.” So all I could say was “We seek the help of Allah!” The dialogue ended, and alhamdulillah I had some prayer books that I read, but what astonished me is that airlines that belong to the Muslim and Arab worlds prefer Western customs over Islamic sharia, and I wonder about the drinks that are served during the holy month to honor a foreign passenger, and forgetting what Allah Almighty forbade.

I send a direct message to the officials who meet under the banner of “No God but Allah, Muhammad (PBUH) is His messenger” to ban liquor onboard all airlines that belong to Muslim countries. And this should not be limited to Ramadan, but rather all months of the year, because this is the sharia of Allah Almighty, and these are the laws of our Muslim nation. Civilization is not by getting farther from our sharia and following the West’s wishes, because those wishes are not coming out of their religion, since liquor, if we read their books, is also forbidden for them.

I will not go into what is halal and haram in altered books, but just as we respect their religion, it is a must that they respect our pure religion, as tolerance is not by drinking liquor and approving its use aboard airlines that belong to the Muslim nation. Final word: “And of the people are some who say, ‘We believe in Allah and the Last Day,’ but they are not believers.”

Who killed the dogs?! 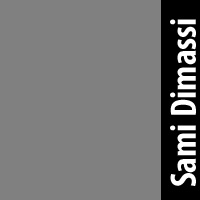 We need to raise the bar to close the gap

That is how we got married

The origins of the Kuwaiti dialect