Iran hints US could be behind attacks – Saudis intercept Houthi drone, US drone downed

DUBAI: Two damaged tankers arrived safely yesterday at locations off the Emirati coast after they were rocked by explosions in Gulf waters, in an incident Saudi Arabia blamed on its regional arch-rival Iran. The Japanese-owned Kokuka Courageous was carrying highly flammable methanol through the Gulf of Oman on Thursday when it came under attack along with the Norwegian-operated Front Altair – the second assault in a month in the strategic shipping lane. US President Donald Trump has said the operation had Iran “written all over it” – rejecting Tehran’s vehement denial – and Washington’s key Gulf ally Saudi Arabia has also lashed out against Tehran.

In his first public comments since the attacks, Saudi Crown Prince Mohammed bin Salman said in remarks published yesterday that he would not hesitate to tackle any threats to the oil-rich kingdom. “We do not want a war in the region… But we won’t hesitate to deal with any threat to our people, our sovereignty, our territorial integrity and our vital interests,” he told pan-Arab daily Asharq Al-Awsat. He said Iran had responded to a visit to Tehran by Japan’s Prime Minister Shinzo Abe “by attacking two tankers, one of which was Japanese”. Abe had been on an unprecedented visit to the Iranian capital in a bid to defuse tensions between Washington and the Islamic republic when the attacks took place.

The US military on Friday released grainy footage it said showed an Iranian patrol boat removing an “unexploded limpet mine” from the Japanese vessel. Yesterday, it said Iran had unsuccessfully tried to shoot down a US drone on a surveillance mission following the attack on the Kokuka Courageous. The vessel’s Singapore-based BSM Ship Management said in a statement yesterday that it had “arrived safely at the designated anchorage” and that its crew were “safe and well”. The other ship, the Front Altair, was under safe tow by tug boats towards an area off the coast of the eastern Emirati port of Fujairah. “First inspections are under way and no hot spots have been identified following the fire,” while all crew members were in Dubai, the vessel’s owners said in a statement yesterday.

The UAE’s Foreign Minister Sheikh Abdullah bin Zayed Al Nahyan on Saturday called on world powers “to secure international navigation and access to energy”. Thursday’s attacks took place southeast of the Strait of Hormuz, a vital corridor connecting the energy-rich states of the Middle East to the global market. Iran, which is struggling with crippling US sanctions, has repeatedly warned in the past that it could block the strait in a relatively low-tech, high-impact countermeasure to any attack by the United States.

Secretary of State Mike Pompeo yesterday vowed the US would ensure the strait remains open, without detailing what options Washington is considering to protect shipping. “What you should assume is we are going to guarantee freedom of navigation throughout the strait,” he said in a Fox News television interview. “This is an international challenge, important to the entire globe. The United States is going to make sure that we take all the actions necessary, diplomatic and otherwise, that achieve that outcome,” Pompeo said. “We don’t want a war. We’ve done what we can to deter this,” Pompeo said. “The Iranians should understand very clearly that we will continue to take actions that deter Iran from engaging in this … kind of behavior.”

The secretary would not lay out US evidence for Iran’s involvement in the Gulf of Oman explosions, but insisted: “It’s unmistakable what happened here. These were attacks by the Islamic Republic of Iran on commercial shipping, on the freedom of navigation, with the clear intent to deny transit through the strait.” Some allies, skeptical of US intentions, have said they wanted to see more evidence before reaching a conclusion. “I will concede that there are countries that wish this would just go away,” Pompeo said. He expressed confidence that “as we continue to develop the fact pattern, countries around the world will not only accept the basic facts, which I think are indisputable, but will come to understand that this is an important mission for the world.”

Earlier yesterday, Iran’s parliament speaker said that Washington could have been behind the “suspicious” tanker attacks, the official news agency IRNA reported. “The suspicious actions against the tankers… seem to complement the economic sanctions against Iran considering that (the US) has not achieved any results from them,” Ali Larijani told MPs. He backed his claim by saying there had been a precedent “during World War II, when Americans targeted their own ships near Japan to create an excuse for hostility”. A non-belligerent state at the beginning of World War II, the US went to war after Japan’s surprise attack on the American Pearl Harbor base in Hawaii on the morning of Dec 7, 1941.
Adam Schiff, head of the House Intelligence Committee and a leading Democratic critic of the administration, said the evidence of Iranian involvement “is very strong and compelling”. “And in fact, I think this was a Class-A screw-up by Iran to insert a mine on the ship,” he said on CBS’s “Face the Nation”. “It didn’t detonate, they had to go back and retrieve it. I can imagine there are some Iranian heads rolling from that botched operation,” he said. The administration’s struggle to persuade its allies, however, “shows just how isolated the United States has become,” he added.

The Saudi crown prince also accused “Iran and its proxies” over May 12 attacks on four tankers anchored in the Gulf of Oman off the UAE port of Fujairah. Attacks on Saudi Arabia by Iran-aligned Yemeni rebels have further fuelled tensions in the region. On Friday, the kingdom intercepted five drones launched by the Houthi rebels, a Riyadh-led coalition said, in a second assault on an airport in the country’s southwest in two days. The drones targeted Abha airport, where a rebel missile on Wednesday left 26 civilians wounded, and the nearby city of Khamis Mushait, which houses a major airbase, the coalition said.

A Yemeni rebel drone targeting Abha was also intercepted Saturday, but it caused no casualties or damage. The Houthi rebels declared drone attacks on the airports of Abha and southern Jizan city, with a spokesman on rebel-run Al-Masirah TV promising “painful days” for the Saudi regime in response to its bombing campaign in Yemen. The rebels claimed their drones targeted a fuel station at Abha airport and control rooms for unmanned aerial vehicles at Jizan airport.

The US military said in its statement yesterday that one of its drones was shot down over Yemen by Houthi rebels on June 6. The rebels, who have faced persistent coalition bombing since March 2015 that has exacted a heavy civilian death toll, have stepped up attacks across the border in recent weeks. Prince Mohammed said Saudi Arabia would “not accept the presence of militias on its borders”. Riyadh has repeatedly accused Tehran of arming the rebels with sophisticated weapons, a charge the Islamic republic denies. – Agencies 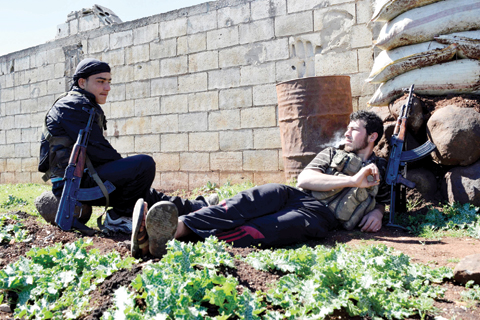 WHO, MoH to tackle COVID together 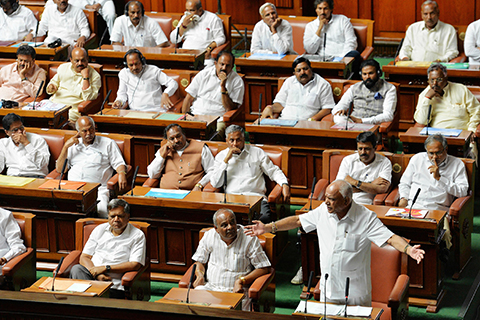