RIYADH: Kuwait’s Ambassador to Saudi Arabia Sheikh Ali Al-Khaled Al-Jaber Al-Sabah affirmed that the Riyadh International Book Fair 2021 is a diverse and rich cultural event to the Gulf and the Arab world. In remarks to the press yesterday on the sidelines of his visit to the fair, Sheikh Ali lauded the organizers of the event, thanking the Saudi Ministry of Culture for this great cultural gathering.

The ambassador also pointed out that Saudi Arabia has a rich and great cultural asset and bright minds that have influenced Gulf, Arab and Islamic culture and literature. Sheikh Ali stressed that Kuwaiti publishing houses and writers represent the bright-civilized Kuwaiti culture and literature. Last Thursday, the Saudi Minister of Culture, Prince Bader bin Farhan, inaugurated the Riyadh International Book Fair 2021 under the patronage of the Saudi King Salman bin Abdulaziz, with the participation of more than 1,000 publishing houses from 30 countries.

The exhibition will be held on an area of more than 36,000 square meters and includes areas dedicated to the work of publishers, workshops, dialogue sessions, and training courses, as well as poetry and art gatherings, performances, and international plays presented in three external theaters. – KUNA 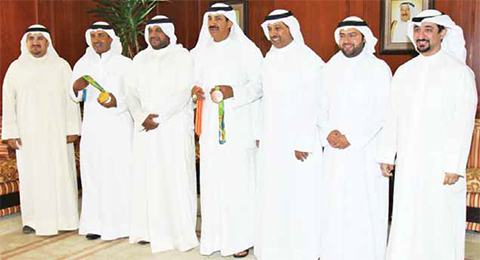 Trio ‘brought together’ by drugs 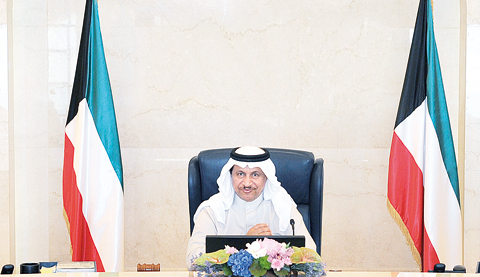