Stars in its eyes, UAE celebrates its first astronaut in space

BAIKONUR, Kazakhstan: A Soyuz rocket blasted off yesterday from the Baikonur space center in Kazakhstan carrying an Emirati who is set to make history as the first Arab on the International Space Station. The Russian rocket carrying the three-member crew – including Hazzaa Al-Mansoori of the United Arab Emirates – took off as scheduled at 1357 GMT. Mansoori, 35, is accompanied by Russia’s Oleg Skripochka and NASA astronaut Jessica Meir. They are expected to dock at the station just under six hours after launch.

“Everything continues to go smoothly for this ride,” a commentator said on NASA television seven minutes after the launch. Russia’s Roscosmos space agency said on Twitter that the spacecraft had successfully reached orbit. Mansoori received support from around the world before what he described as his “dream” mission. He was seen showing his fist in the air before the launch.

In Dubai, a crowd gathered at the Mohammed Bin Rashid Space Centre to watch the launch, erupting in cheers and dubbing Mansoori a national hero. Some carried UAE flags. Dubai’s iconic Burj Khalifa, the world’s tallest skyscraper, lit up the moment of blast-off. Mansoori will spend eight days on the ISS and will be the first Emirati and the first Arab on the orbiting laboratory, but not the first Muslim.

Writing on Twitter before the launch, the former pilot in the UAE armed forces said he was “filled with this indescribable feeling of glory and awe”. “Today I carry the dreams and ambition of my country to a whole new dimension. May Allah grant me success in this mission,” he said. The day before the launch, he said he would record his prayer routine on the ISS and broadcast it to people on Earth. “As a fighter pilot I already prayed in my aircraft,” he said, explaining that he had experience of prayers at high speed.

Some people gathered at the Dubai center carried UAE flags, while others were dressed in blue jumpsuits spelling out: “Future astronaut”. Badriya Al-Hamadi, 38, said she was so proud of the historical moment, adding: “I feel like I am the one going to space.” According to Amer Al-Ghafri, of the Mohammed Bin Rashid Space Centre, Mansoori’s launch is only just the beginning of the UAE’s dreams of space exploration. “There are a lot of ambitions and a lot more work,” he said.

A Holy Quran, a UAE flag, pictures of his family, and a book by Ruler of Dubai Sheikh Mohammed bin Rashid Al-Maktoum were among the few things he was allowed to pack for his space adventure. Dubai’s iconic Burj Khalifa, the world’s tallest skyscraper, lit up the moment of blast-off at 5:57 pm local time.

Sheikh Mohammed, also the UAE’s vice president and prime minister, vowed in 2017 to send four Emirati astronauts to the space station within five years. “The arrival of Hazzaa Al-Mansoori to space is a message to the Arab youth… that we can progress and move forward,” Sheikh Mohammed said on Twitter yesterday. “Our next stop is Mars.” The astronaut program would make the UAE one of only a handful of states in the Middle East to have sent a person into space, as it looks to make good on a pledge to become a global leader in space exploration.
Mansoori plans to conduct experiments and said he would take Emirati food with him to share with the crew. Skripochka, first-time flyer Meir and Mansoori will join a six-member crew on the ISS and for a brief period of time the ISS will be home to nine astronauts. At a pre-flight conference, Meir, 42, said the crew communicated by using “Runglish” – a mixture of Russian and English. “We still need to work on our Arabic,” she joked.

Russian Orthodox priests blessed the spacecraft ahead of the launch, in a traditional prayer service often held before Russian rocket launches. The spacecraft was the last to blast off from the launch pad where Soviet cosmonaut Yuri Gagarin went off into space onboard the Vostok 1, becoming the first man in space in 1961. Mansoori is set to return to Earth with NASA’s Nick Hague and Russian cosmonaut Alexey Ovchinin on Oct 3. Skripochka and Meir are set to remain on the ISS until the spring of 2020.

The first Arab in outer space was Saudi Arabia’s Sultan bin Salman Al-Saud, who flew on a US shuttle mission in 1985. Two years later, Syrian air force pilot Muhammad Faris spent a week aboard the Soviet Union’s Mir space station. As part of its space plans, the UAE has also announced its aim to become the first Arab country to send an unmanned probe to orbit Mars by 2021, naming it “Hope”. In the long-term, it says it is planning to build a “Science City” to replicate life on Mars and aims to create the first human settlement on the red planet by 2117.

But already, Emiratis believe they have shown the world what they can do. “We have talent here in the UAE, and now the world will see that,” said Fatima Al-Ghurair at the Mohammed Bin Rashid Centre. The International Space Station – a rare example of cooperation between Russia and the West – has been orbiting Earth at about 28,000 km per hour since 1998. Russia is resolved to keep its position as a leader of the space industry, particularly for manned space flights. – Agencies

Iran rules out talks; US ramps up sanctions 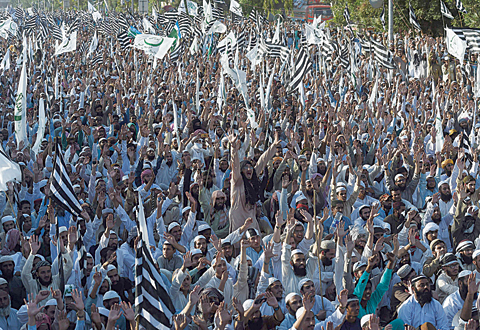 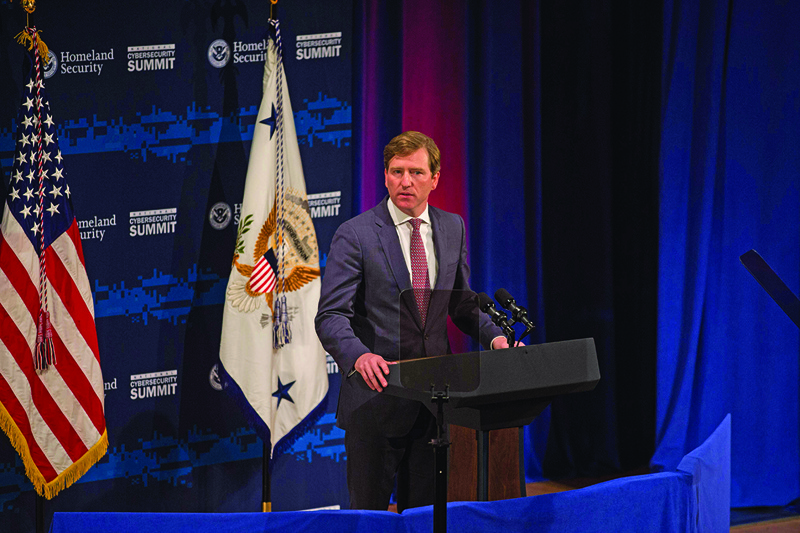 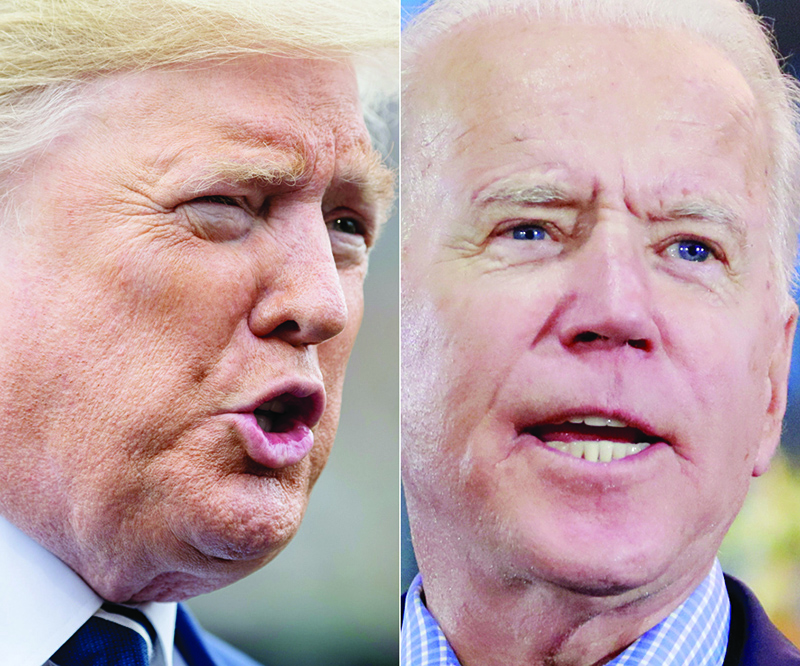 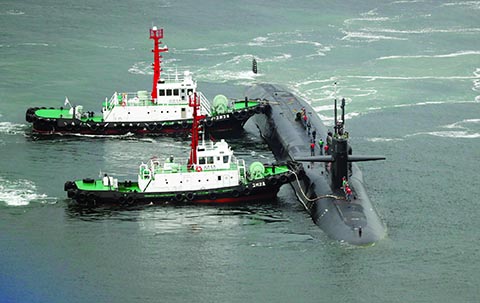