MADRID: Goals from Cristiano Ronaldo and James Rodriguez left Roma ruing a host of missed chances as Real Madrid moved into the quarter-finals of the Champions League 4-0 on aggregate with a 2-0 win yesterday.
Edin Dzeko and Mohamed Salah were the culprits in front of goal for the visitors before two goals in four second-half minutes ensured Madrid’s first win in a two-legged tie over Italian opposition in Europe for 29 years.
Ronaldo swept home Lucas Vazquez’s cross 26 minutes from time before turning provider for Rodriguez to smash home the second.
Gareth Bale started for Madrid for the first time in over six weeks due to a calf injury and the Welshman began brightly as he got a rare chance to start on the left with Ronaldo through the middle in the absence of the injured Karim Benzema.
Bale’s cut-back was sliced wide by Marcelo as Real threatened early on. However, it was Roma who enjoyed the best of the chances before half-time to get back into the tie.
Former Manchester City striker Dzeko failed to repay Luciano Spalletti’s faith by handing him a start up front when he fired into the side-netting after Salah’s pace tore through the Madrid defence.
Salah had a great chance himself as he too could only find the side-netting when clean through on Keylor Navas just before the half-hour mark.
Yet, the hosts could also easily have been ahead by the break as former Arsenal ‘keeper Wojciech Szczesny was put to work in the Roma goal.
The Polish international’s palms were stung by Luka Modric’s long-range drive before Szczesny got down well to turn Ronaldo’s low shot to safety.
Ronaldo then had Madrid’s best chance of the half when he was played in by Bale, but Szczesny again scurried from his line to block the three-time World Player of the Year’s effort.
Szczesny was forced into action once more at the start of the second period to parry Rodriguez’s volley.

However, the pattern of the first half was repeated as the Italians then passed up a host of chances to put themselves ahead on the night.
Salah again failed to hit the target with just Navas to beat as the Egyptian continued to find acres of space in behind the Madrid defence.
Navas then had to make two smart saves from Alessandro Florenzi and Kostas Manolas as Roma finally at least hit the target.
Bale was replaced on the hour mark by Vazquez and the Spanish winger made an instant impact to tee up Ronaldo’s 13th Champions League goal of the season.
Vazquez got to the byline and Ronaldo beat his marker and Szczesny to his cross to fire into the roof of the net.
Four minutes later it was 2-0 as Ronaldo led a Madrid counter-attack and teed up Rodriguez to lash between Szczesny’s legs.
Ronaldo missed a glorious chance for his second of the night 20 minutes from time when he slotted just wide after a brilliant Real break involving Marcelo, Rodriguez and Vazquez from a Roma corner.
Spalletti then put his recent spat with club legend Francesco Totti behind him to introduce the 39-year-old for the closing stages to a standing ovation by the home fans.
And Roma were denied at least the goal their performance deserved when Navas flew to his right to claw away Diego Perotti’s effort and ensure he still hasn’t conceded a goal in the Champions League this season. – AFP 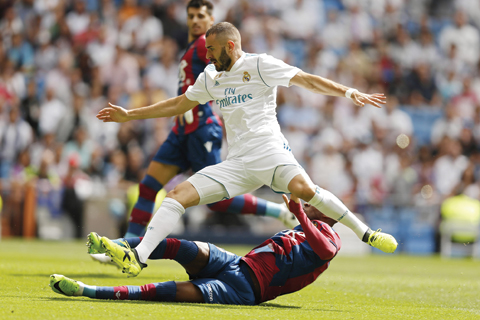 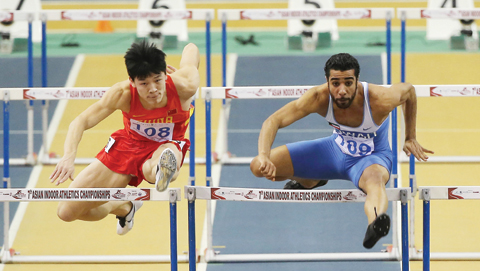 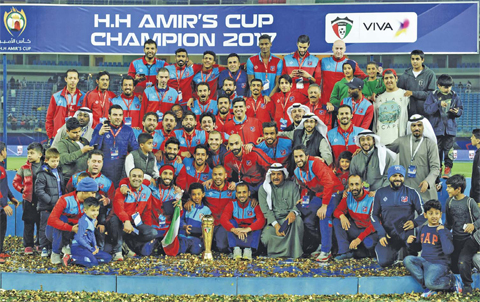 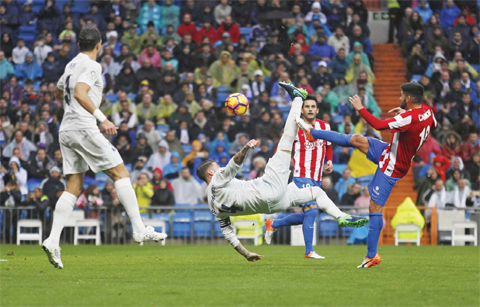