WASHINGTON: Donald Rumsfeld, the cocksure and unrepentant defense secretary who led the United States into war in Iraq and Afghanistan, has died, his family announced Wednesday. He was 88. In charge of the US military for most of George W Bush’s presidency, Rumsfeld was stubborn and brash, famously dismissing widespread looting after US troops captured Baghdad by quipping, “Stuff happens.”

For millions who took to the streets to denounce the war in Iraq, Rumsfeld and vice president Dick Cheney were emblematic of what was seen as excesses in Bush’s “war on terror,” including the indefinite detention of suspects in Guantanamo Bay, Cuba, and the abuse of Iraqis by US jailers at Abu Ghraib prison. The former congressman’s brand of hawkish politics eventually fell from favor as politicians from both sides turned on “forever wars,” and the troops he first sent to Afghanistan after the September 11, 2001 attacks will make their final withdrawal weeks after his death.

His family said that Rumsfeld-who after resigning in 2006 not only spent years defending his legacy but also dabbling in software and even releasing a solitaire app-died in Taos, New Mexico, and described “the integrity he brought to a life dedicated to the country.” Bush called his defense secretary, whom he defiantly kept in his cabinet until rival Democrats won control of Congress in 2006, “an exemplary public servant and a very good man.” “He was a faithful steward of our armed forces, and the United States of America is safer and better off for his service,” Bush said, without directly mentioning the decision to invade Iraq.

‘Known unknowns’
Rumsfeld had clamored to remove Iraqi dictator Saddam Hussein, pushing soon after the fall of Afghanistan’s Taleban to move into Iraq, where he suggested there were weapons of mass destruction and perhaps links to terrorist groups. Asked in 2002 about the lack of evidence, Rumsfeld gave perhaps his most memorable statement.

A consummate bureaucratic infighter, Rumsfeld was one of the longest serving defense secretaries in US history, holding the position for more than seven years in stints both under Bush and, more than 20 years earlier, Gerald Ford. Born in Chicago, Rumsfeld showed his combative streak from an early age, becoming an accomplished wrestler and playing as a defensive back on an American football team when he went to Princeton University. He served as a pilot and flight instructor in the Navy during the early days of the Cold War before being elected to Congress at the age of only 30.

Representing Illinois, Rumsfeld was initially known for his moderation and supported civil rights measures for African-Americans. But he quickly turned his attention to military affairs and became deeply concerned about the conduct of the Vietnam War. He had been the youngest person ever to become defense secretary in 1975 at the age of 43 and, when tapped by Bush, became the oldest at the time, seen as a steady presence for an untested president.

‘War on terror’ transformation
He was in the Pentagon on September 11, 2001 when airliners commandeered by Al-Qaeda hijackers flew into the World Trade Center in New York and then the Pentagon, killing nearly 3,000 people in the deadliest terrorist attack ever on US soil. In less than a month, he launched US forces in a war against Al-Qaeda that toppled the Taliban regime in Afghanistan in December 2001 and redesigned the military for the “war on terrorism,” pulling back forces ready for traditional combat in Europe.

Many Americans embraced his tough-guy persona during the Afghan war, but it faded in the lead-up to Iraq. Just weeks before the invasion, Rumsfeld dismissed a warning by the army chief of staff that several hundred thousand troops were required to occupy Iraq, calling the estimate “far from the mark.” In remarks that would prove prophetic, Rumsfeld told reporters it was “not knowable” how many troops would be needed, saying they did not “have any idea whether or not there would be ethnic strife.”

Rumsfeld long defended the war. But in his memoir, “Known and Unknown,” he regretted that Bush did not accept his resignation after pictures emerged of prison abuse in Abu Ghraib, saying he had become a “dangerous distraction.” “More than anything else I have failed to do, and even amid my pride in the many important things we did accomplish, I regret that I did not leave at that point.” – AFP 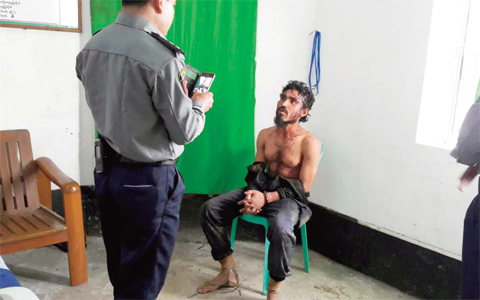 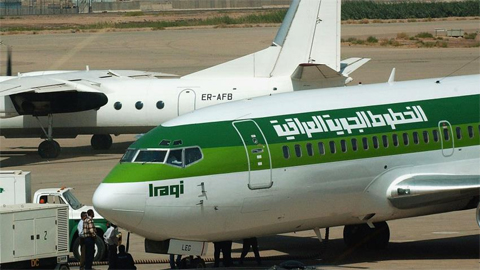 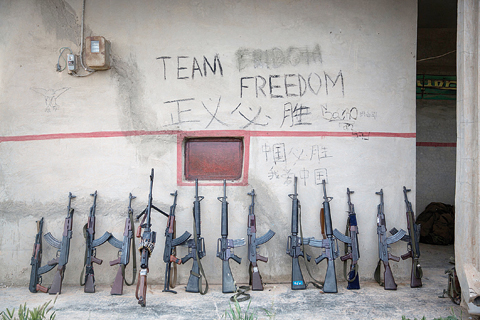 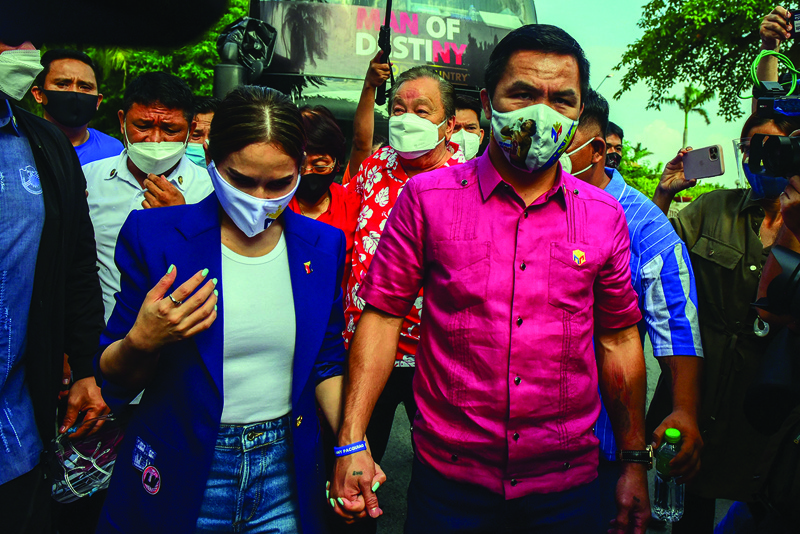 ‘It is a circus’: Philippine election season kicks off