Sacrifice is one of the rituals of Islam. It is the slaughtering of cattle, namely camels, cows and sheep. It starts from the first day of Eid Al-Adha. Regardless of minor differences between the Sunni and Shiite doctrines on this subject, it is widely practiced and approved during the hajj period.

This act has certain conditions, such as sacrificial animals are required to be free of defects. Some are related to how the slaughtering should be performed. But, the process is not the aim of this article today, but the impact of this act on children. While we are living in a world that is already filled with human blood and not cattle blood, this topic is sensitive and important.

Here is why: It is hard for some Muslim parents to make a decision whether to permit their kids to watch the slaughter live or on TV. Some people slaughter animals in the house in front of everyone including their kids, who become exposed to the blood splattered everywhere.

Despite the sensitivity of the subject, I had to say something about it, as there are three categories of Muslims on this matter: People who sacrifice away from their houses or through a charity committee. The second are those who are keen to slaughter the animals themselves at home in front of their kids. The last group of people is those who do not care for this ritual at all and thus their kids don’t see it. As for the kids, there are two types: Some who see blood with no reaction at all, and others who find blood reprehensible and are shocked.

I’d interested in these differences, because each of these categories produce different reactions from children. Some may say: I participated in the slaughter process when I was young and I am fine. But, another would say: I’ve not tasted meat for many years due to witnessing a sacrifice and blood when I was little.

I remember when I was a child, I never enjoyed the scene. I used to run away and hide until the process was over, and my parents, may their souls rest in peace, never forced me to witness the act. It was scary and I although I have never seen an animal being slaughtered, I ended up as a vegetarian. I don’t eat meat.

I know that the ultimate goal of the child’s participation in a sacrifice is to teach him about a ritual of Islam, but we must determine what is the right age for kids to witness it. Some recent studies suggest the age of 12 and older, the maturity of the child and his understanding of the process. This is key, but some families don’t take age into consideration or possible impact on the child.

Are we obliged to make our children witness the sacrifice? The answer came from Dr Amal Al-Arfag, a professor at a faculty of arts in Saudi Arabia. “There is no explicit ban or religious recommendation for children to witness the slaughter, as Islam cares about children and their sensitive psychological state.” 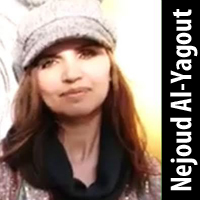