In one of Saudi artist Ahmed Mater’s best-known works, a silhouette of a gas pump morphs into a man holding a gun to his head-a clear critique of oil’s damaging influence. Yet for several years, most Saudis couldn’t see the piece, titled “Evolution of Man”, as local curators deemed it too sensitive to show in the oil-reliant kingdom.

Its inclusion in a recent exhibition in the capital Riyadh is just one sign of changing times. With Crown Prince Mohammed bin Salman, the de facto ruler, eager to rebrand conservative Saudi Arabia as a global arts destination, officials are heaping previously unheard-of opportunities on Mater and his peers.

They unveiled the latest on Monday: a plan to feature Mater and another politically minded Saudi artist, Manal AlDowayan, in a series of permanent installations in the deserts outside Al-Ula, a budding tourist magnet in the northwestern Medina region.

To critics of the Saudi royal family, such projects smack of “artwashing”, an attempt to launder the image of a country notorious for silencing dissidents, most notably slain journalist Jamal Khashoggi. But for artists like Mater, the state backing is a welcome relief after years of straining to reach Saudi audiences and cultivate a vibrant domestic arts scene. “I usually believe in creating a grassroots movement that will be organic, but what if there is top-down support for this? Even better,” he told AFP. “That’s the change. That’s the new thing.”

‘Valley of the arts’

The project in Al-Ula-known as Wadi AlFann, or “Valley of the Arts”-is ultimately meant to cover 65 square kilometers (16,000 acres) of Saudi desert with new examples of “land art”, the movement that sought to bring art out of galleries and into nature.

Besides Mater and AlDowayan, contributors include land art giants like Hungarian-American Agnes Denes, who in the 1980s famously planted and harvested two acres of wheat just blocks from Wall Street. It is part of a broader goal to transform Al-Ula, famed for its ancient Nabataean tombs dotted amid sandstone mountains and wadis, into a top-tier arts hub, complete with luxury eco-resorts and a posh theatre covered in mirrored panels.

The Wadi AlFann works “are on a scale and ambition, and they have such vision behind them, that I think people will want to come for many, many generations to visit them”, said curator Iwona Blazwick, former director of London’s Whitechapel Gallery. AlDowayan, one of the Saudi contributors, told AFP that until recently her work had been seen more frequently outside the kingdom than within it, though she dismissed the notion that this had anything to do with censorship.

“I was talking about very tough subjects when it was really restrictive here, and I was fine. They published me in every single newspaper. I’ve never been censored,” she said. The nature of visual artists’ work gives them more space to speak out than Saudi activists might enjoy, said Eman Alhussein, non-resident fellow with the Arab Gulf States Institute in Washington.

“Artists are able to express themselves more freely because their artwork can be interpreted in different ways,” she said. That seems especially true these days, as Saudi authorities lean on the arts to help soften their austere reputation.

After two decades of showing largely for foreigners, AlDowayan is now basking in a surge of domestic attention. “I’m being exhibited constantly here,” she said. “I’m being rediscovered by my people, my community. They used to follow me on Instagram. Now they can actually go and see the artworks.”

Mater, too, has had mostly positive experiences with Saudi authorities. Yet he has also seen the limits on free expression in Saudi Arabia through the case of his childhood friend Ashraf Fayadh, a fellow artist who has been behind bars for nearly a decade. Fayadh, a Palestinian poet living in the kingdom, was charged with apostasy in 2014 after a Saudi citizen accused him of promoting atheism.

A court sentenced him to death in 2015, though his sentence was reduced to eight years on appeal. Mater sees Fayadh’s case as a throwback to a less open period and does not think it would play out the same way today. Nevertheless, “the case is still very important because Ashraf has to come out”, Mater said, adding that he hopes his friend will be released soon.

In the meantime, Mater is pressing on with his politically charged work. His project for Wadi AlFann involves building tunnels that visitors can enter. Once inside, their hologram-like images will be projected above the dunes-an effect akin to a mirage. The idea is to use a monument to center ordinary people, a concept that doesn’t necessarily jibe with monarchical rule. “Usually sculpture is about landmarks of power,” Mater said. “And what I’m talking about here is, the power is the people themselves.” – AFP 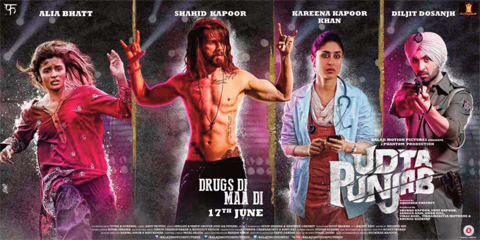 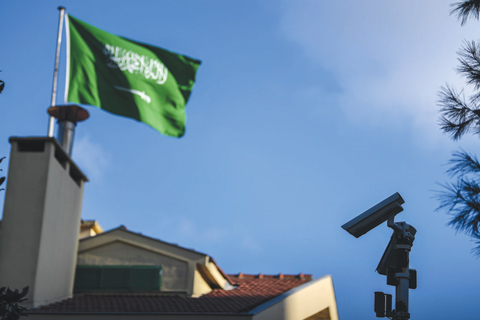 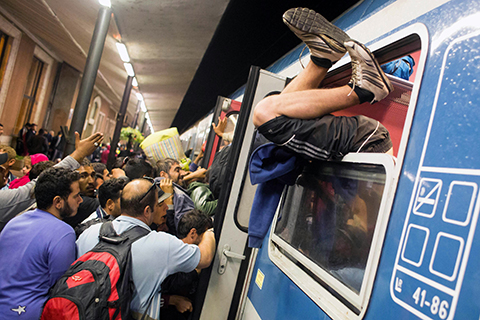 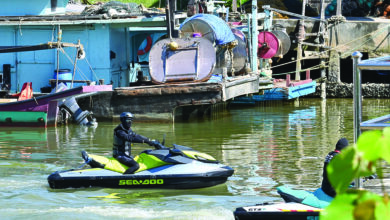