As one of the world’s most decorated chefs, Alain Ducasse is known for his forensic attention to detail-from thrice-ironed tablecloths to hand-picked decor and cutlery. But he has an unexpected weapon in his pursuit of perfection: he closely monitors social media to keep an eye on customer reviews of his culinary empire. The 62-year-old is arguably the doyen of France’s “grande cuisine”. His eateries currently have 20 Michelin stars, more than any living contemporary, and three of his restaurants have the coveted three-star accolade.

But just as Ducasse-who now boasts more than 30 restaurants across seven countries-blends tradition and modernity in his menus, he sees tech as a way to finesse the dining experience. It’s through social media that he discovered Benoit, his popular New York bistro, was messing up a classic French dish. “Looking at the customer reviews we realized there was an issue. Everyone was complaining about the roast chicken,” Ducasse tells AFP during a visit to Macau.

“It was unbelievable,” he recalls, adding that this helped them spot-and fix-the issue immediately. That Ducasse personally monitors the social media of all his restaurants is indicative of a man who insists on maintaining control over a sprawling inter-continental business. “Before we opened here we spent three years choosing every detail. I know every object, there was a lot of personal involvement,” Ducasse says of his eponymous restaurant in Macau at the Morpheus, a new 40-storey luxury hotel designed by the late Zaha Hadid that is held together by an eye-catching steel exoskeleton.

Chefs as a brand
The last two decades have seen chefs with global status rapidly expand their international footprint, sometimes at a cost. Gordon Ramsey’s culinary empire has had a financial journey of peaks and troughs almost as notorious as the British chef’s famous temper-and his career high of 16 Michelin stars is now trimmed to seven. Fellow British celebrity chef Jamie Oliver saw his UK business go into liquidation earlier this year with the loss of more than 1,000 jobs. Yet Ducasse-much like the late Joel Robuchon whose restaurants earned 32 Michelin stars during his career-sails on, expanding with no shortage of critical acclaim.

Morpheus, which just celebrated its one year anniversary, earned two Michelin stars within six months. Ducasse’s arrival in Macau was fortuitous. The gambling hub has been ordered by Beijing to diversify away from casinos and become a more family-friendly destination, leading to a dramatic surge in fine dining given the plethora of well-heeled, primarily mainland Chinese tourists that flock to the city. It now boasts three three-star restaurants and five two-stars-an astonishing per capita ratio considering Macau is home to just 620,000 people.

Macau, Ducasse says, is now “very competitive. (You) cannot sleep, you have to stay awake”. Ducasse’s first foray into Asia began some 15 years ago in Japan, followed by Hong Kong and then Macau. Later this year he plans to open a restaurant in a glitzy Bangkok mall and a Mediterranean influenced grill in Singapore’s Raffles hotel. But Asian cooking, he says, is something he never plans to take on. “I’m not going to be a sushi master because it takes ten years to learn to be a master of sushi. I do not have enough time,” he says. Customers in Asia, he explains, are looking for the best of French cooking.

‘Haute couture’
The one overseas cuisine he says he feels more comfortable incorporating into his top-end restaurants is Middle Eastern fare-something France understands because of its colonial footprint. While all of Ducasse’s top-tier restaurants are unabashedly French-London’s Dorchester, the Plaza Athenee in Paris and the Le Louis XV in Monaco-his restaurant IDAM in Qatar, he says, is an exception to this rule. “It’s an incredible location, we’re doing very high Middle Eastern gastronomy,” he enthuses. “With French techniques, it’s very interesting as a job.” Much of his cooking inevitably caters to the one percent-the tasting menu at Le Louis XV clocks in at $410 a head while one of his most famous signature dishes pairs rockfish jelly with a generous dollop of gold caviar.
But followers of Ducasse’s food empire have noticed a shift in recent years to more accessible eateries. New openings such as Spoon 2 in Paris, Omer in Monaco-even the Singapore and Bangkok ventures-are more brasserie than haute cuisine. With rising anger about inequality in the West, is Ducasse looking to democratize his cooking? He rejects this idea and says it’s more down to business realities-the sheer amount of time and effort required for the top-end restaurants cannot be replicated ad hoc. He draws on a fashion metaphor. “You cannot just multiply haute couture, each time it requires special creations, it’s the same with culinary creations and space,” he says. Those restaurants that bear the full name-like Macau’s Alain Ducasse at Morpheus-are what he devotes the most energy to. He explains: “Everything else is pret-a-porter.”-AFP 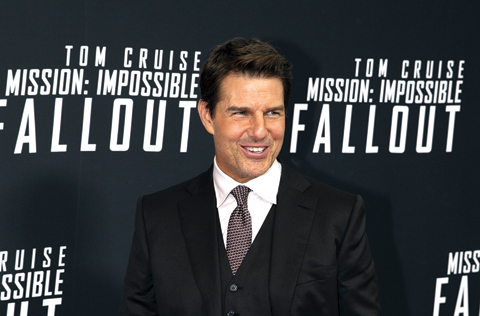 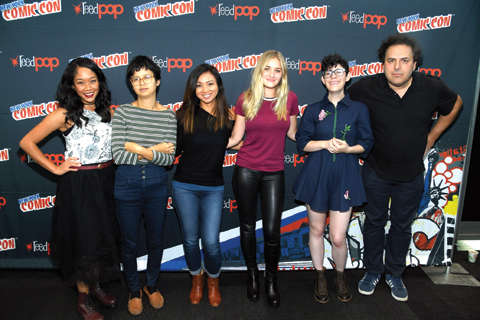 Cartoon Network at 25: Sketching out a cutting-edge future 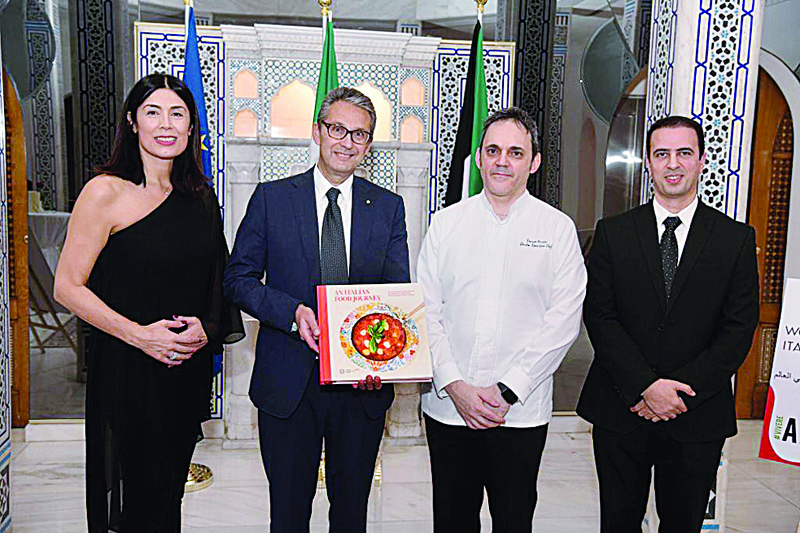 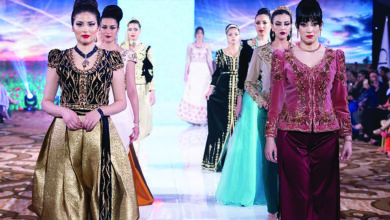