Some lit up, others were pretty – and patriotic – in pink and still more burst forth like fireworks. Yes, Tuesday was Victoria’s Secret sexpot angel time, though the masses will have to wait until 10 pm EST on Dec 8 to watch the 20th annual lingerie extravaganza on CBS. This was just the taping, including musical performances by The Weeknd, Ellie Goulding and Selena Gomez, after Rihanna abruptly canceled.

Veteran VS walkers like Lily Aldridge and Alessandra Ambrosio were joined by newbie angels, including Martha Hunt and Elsa Hosk. Kendall Jenner and Gigi Hadid were among the non-winged supermodels new to the glitzy show that generates weeks of advance buzz and will be seen in 192 countries by more than 500 million people, according to company officials.
In all, 47 models blew air kisses, flirted on stage with the camera and flipped their varied wings around as they strutted on the runway in 75 looks at a Manhattan armory. But first, there was hair and makeup to be done and a “pink carpet” of celebrity guests to be walked. Questlove and Nick Cannon were on hand, along with a dapper member of the Mets, Matt Harvey, in a black Versace suit.

Caitlyn Jenner was among those who attended the runway show to cheer on daughter Kendall. Hadid said backstage that she has big respect for the veteran angels and hopes to earn her own wings one day. Brand new angel Rachel Hilbert, from Rochester, New York, was in the Pink USA squad on the runway, and was also in awe of the longtime ladies, including Brazilian beauty Adriana Lima, seated just inches away on a comfy white couch in rollers backstage.

Really nervous
“Uh, yeah, Adriana Lima. She’s sitting right there,” Hilbert smiled as all wore pink-and-white striped robes, curlers in their hair, while manicures, pedicures, spray tanning and makeup commenced. “She’s such a sweetheart. Her advice was just breathe and just take it in.” So how were the nerves for the newcomers? “Actually, surprisingly, not bad,” Hadid said before the show. “I was really nervous in rehearsal.” She shared the stage later with Gomez and Goulding.

“I love both of them,” said Hadid, who fell to the floor and gasped in a video of her audition, when she was told she was picked. As for her famous curves, she prepared with the help of boxing and ballet. “A lot of sweating and then just focusing on smaller parts because when everything’s in high-def you have to not forget about the little things,” Hadid said. “I’ve watched the show my entire life and this has been such a dream.” The show featured sections of ’60s boho angels flashing piece signs in teeny bras and panties, swinging fringe and showing off wings made of sculptured paper, leather and feathers, including Jenner. Her gal pal Hadid was among a group of exotic butterflies with wings and outfits sparkling with crystals. The patriotic pink group included an American-flagged theme outfit and wings.

Fireworks
This year’s iteration of the annual Fantasy Bra was fashioned in bursts of fireworks, the theme for one of the liveliest sections of the show. The demi-bra and matching belt are worth $2 million and were worn by Aldridge. They were created by the jewelry company Mouawad in 18-karat gold and encrusted with 6,500 diamonds, blue topaz, yellow sapphires and other precious stones. Hunt was the last firework, closing the show in another center piece, courtesy of Swarovski, one of the evening’s sponsors. It was a corset sparkling with 90,000 gold, red, green and blue crystals. The look, along with her light-up wings, included 20,000 crystals and 1,200 battery-powered LED lights. The battery pack she lugged weighed in at 19 pounds. “I did practice … with a trainer. I wore a weighted vest and walked back and forth in high heels,” she said.

Hunt’s last meal before hitting the makeup chair was eggs. She promised her first after the show would be: “Pizza. … Pizza is one of my favorite foods. Pizza and pasta.” Gomez, a buddy of previous Victoria’s Secret show performers like Taylor Swift, along with some of the walkers, performed on the splashy stage with her dancers as models walked, as did The Weeknd and Goulding. “I don’t know if I could be an angel, I’m not gonna lie,” Gomez joked. “I look at how hard they work. I like fried food too much. I don’t know if I could give that up.” Lima, marking her 16th year as an angel, said her nerves leading up to each show never really go away. “It’s a little bit tough after so many years because the girls are so beautiful and I have to keep up with them,” laughed the 34-year-old mother of two. “I work out as much as I can, and you know, I feel great … I feel wonderful in my skin.”-AP 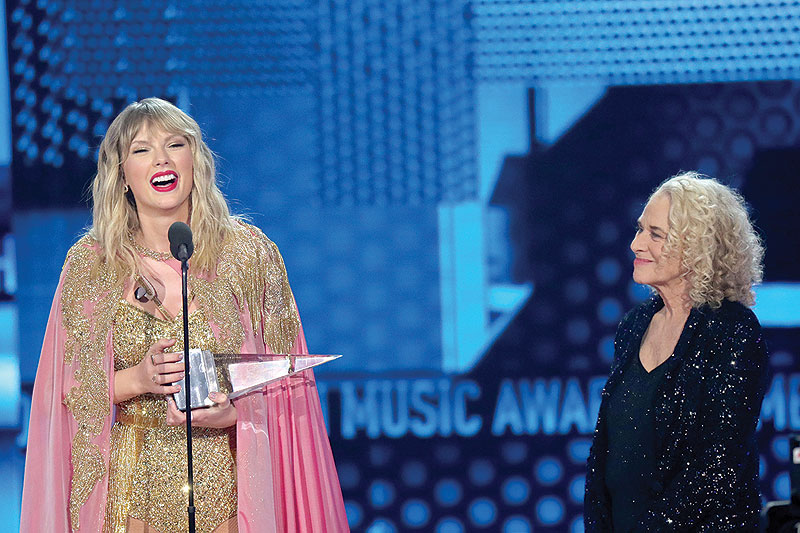 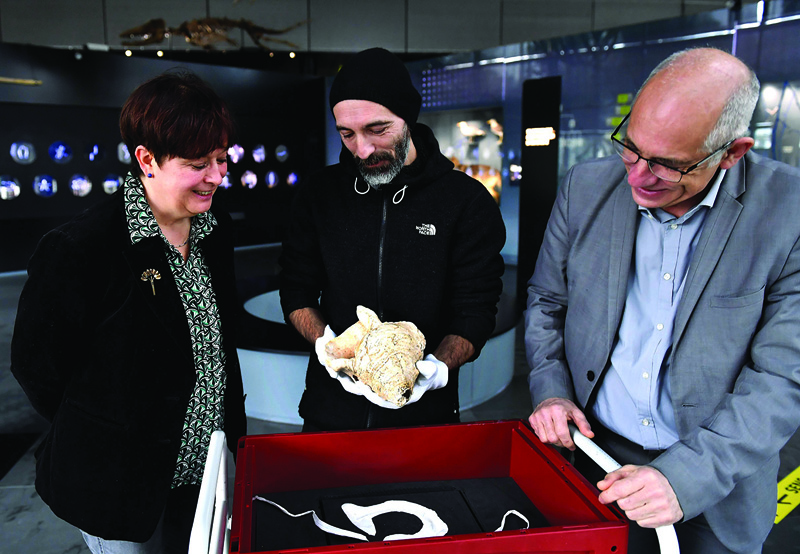 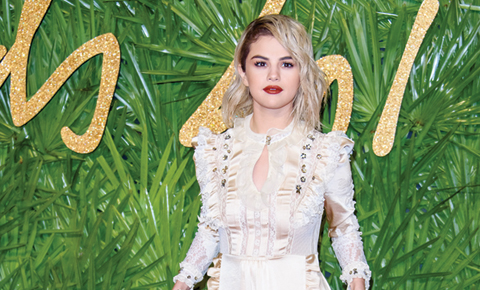 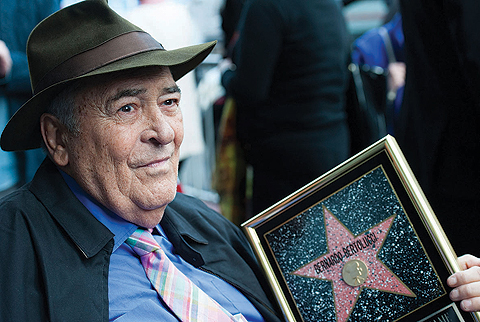