ADDIS ABABA: Mothers in Ethiopia’s war-scarred Tigray region describe feeding leaves to their children in a desperate bid to keep them alive. As they move from place to place, dodging fighting and searching for aid, they watch for telltale signs of malnutrition: sluggishness, rashes, loss of appetite. Those signs are increasingly frequent these days, and in some cases portend the worst possible outcome, according to internal documents and photographs from one aid agency – seen this week by AFP – that detail starvation deaths in two locations, with more suspected elsewhere.

“Before the war, my daughter was in good physical and mental health… now look at her,” said the mother of a 20-month-old in the northern city of Adigrat, according to one testimony provided by the agency. “It’s been weeks since she lost her appetite. Presently she cannot walk, she lost her smiley face.” It has been nearly three months since the UN warned that 400,000 people across Tigray had “crossed the threshold into famine”.

The situation has only deteriorated since then, as a de-facto blockade prevents most aid from getting in. Now, after months of heavy fighting and massacres that have claimed thousands of lives, doctors worry Tigray is entering a new phase of fatalities driven by the kind of widespread starvation that turned Ethiopia into a byword for famine in the 1980s.

“It’s a silent killing. People are just dying,” said Dr Hayelom Kebede, research director of Ayder Referral Hospital in Tigray’s capital Mekele, the region’s biggest. “With starvation, the bad thing is you will see people in the throes of death, but they will not die immediately,” he told AFP. “It takes time, after their body is weakened and weakened and weakened. It’s more horrific than bullet deaths.”

‘Indications of a siege’
Prime Minister Abiy Ahmed, a Nobel peace laureate, sent troops into Tigray in November to topple the regional ruling party, the Tigray People’s Liberation Front (TPLF), a move he said came in response to TPLF attacks on army camps. The fighting disrupted the harvest in a region that was already struggling to supply enough food, and some combatants made things worse by blocking and looting food aid. In a stunning about-turn in late June, the TPLF recaptured most of Tigray, including Mekele, and government forces largely withdrew. Abiy’s office announced a humanitarian ceasefire, yet very little aid has gone in – less than 10 percent of needed supplies over the past month, according to the US.

Federal officials blame the TPLF for obstructing deliveries, citing recent offensives in neighboring Afar and Amhara regions. Last week, the UN sounded the alarm over hundreds of aid trucks it said had “not returned” from Tigray, though the TPLF said this was due to obstructions drivers faced while entering from Afar, currently home to the only viable road route into Tigray. With fighting in Afar reportedly over, at least for now, pressure is mounting on the government to address the aid shortages.

“The United States is appalled by reports of starvation deaths in Ethiopia,” a State Department spokesperson told AFP this week. “Access by road and by air, which along with electricity, telecoms, banking activity and fuel supplies are essential to enable aid delivery, are being denied by the Ethiopian government-indications of a siege.” US President Joe Biden last week signed an executive order allowing for sanctions against the warring parties if they fail to commit to a negotiated settlement.

No food, no medicine
At Ayder hospital, evidence of shortages is everywhere. At least 50 children are receiving intensive care treatment for malnutrition, said Hayelom, but there is little medics can do for them. “We used to supply nutrients for these children, but now we have run out of medicine and we have run out of any food stock, so we couldn’t support them,” he said. The EU’s first humanitarian “air bridge” flight reached Mekele on September 11 with therapeutic food for severely malnourished children, but officials removed medicines before the flight could take off from Addis Ababa, according to a report by the UN humanitarian agency.

Even some doctors and nurses, unable to access their salaries with banking suspended, are getting by on a snack of roasted barley known as kolo, Hayelom said. He has tried to alert the health ministry but the response has been muted. “They said, ‘yeah, we’re also concerned’ but they have no capacity” other than to raise it with Abiy’s office and government ministers, he said. It is unclear how long children at the hospital will be able to hold on, he said.

‘Catastrophic’ scenario
Outside Mekele, pockets of starvation deaths have already emerged. The interim administration set up by Abiy reported in April roughly eight such cases in the town of Ofla. More recently three starvation deaths have been confirmed in Mehoni south of Mekele and two in Adwa to the northwest, according to the aid agency documents reviewed by AFP, which reflect only limited assessments.

The agency provided the materials on condition of anonymity for fear of sanctions from the Ethiopian government, which has suspended the work of several NGOs. Though fighting in the region has largely died down in recent months, parts of Tigray remain inaccessible, making a comprehensive picture unattainable. Tigrayan leaders reported that 150 people died of starvation in August and that one million were “at risk of fatal famine”, but those figures could not be independently verified.

UNICEF estimated in July that more than 100,000 children could suffer from life-threatening acute malnutrition in the coming 12 months – 10 times the annual average. Many Tigrayans fear a repeat of the 1980s famine, which also occurred during an internal conflict and, according to the UN, killed roughly one million people. The Catholic bishop of Adigrat, Tesfaselassie Medhin, raised the specter of such a scenario in a letter dated September 3 calling for expanded humanitarian support. “The current situation on the ground shows that any delay… would end in catastrophic famine and deaths of millions,” he wrote. – AFP 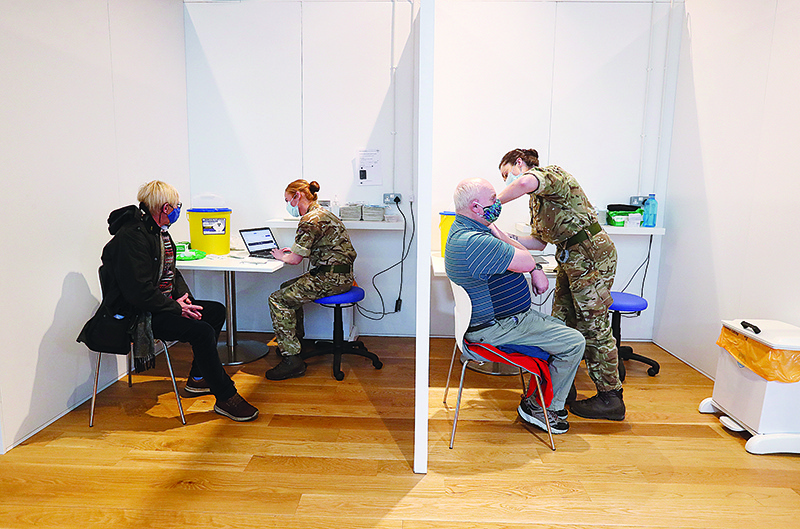 WHO calls for bigger vaccine rollout 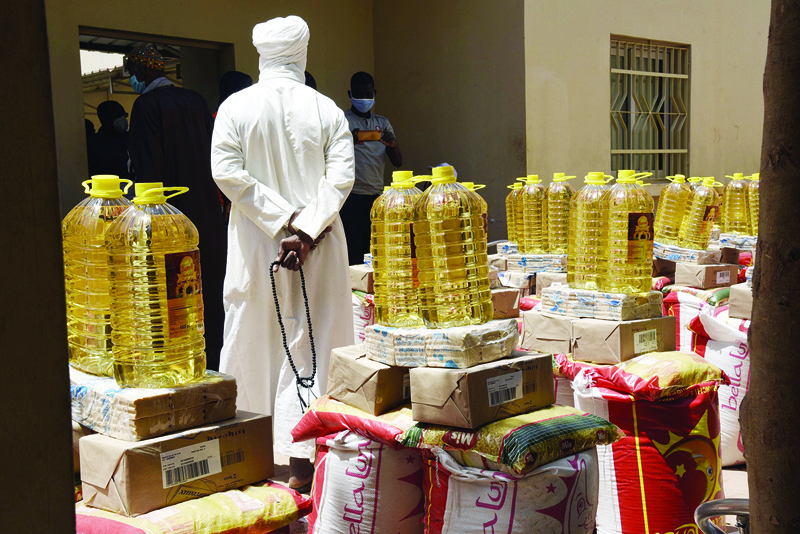 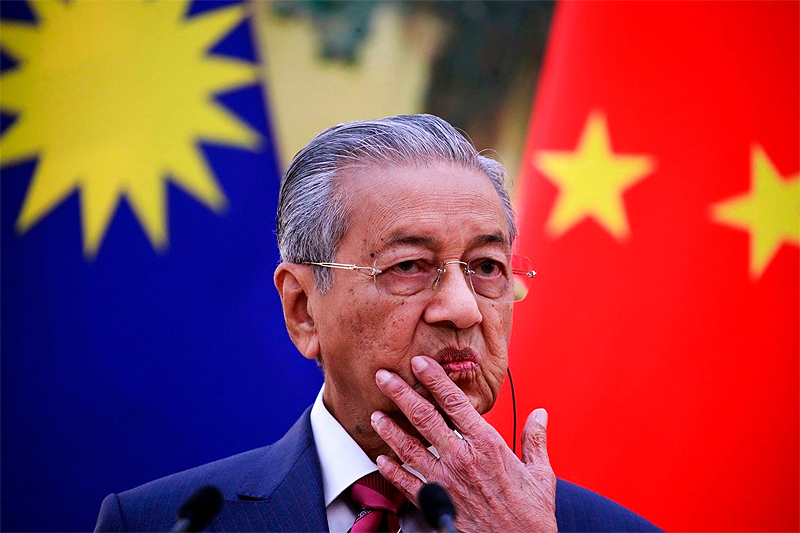 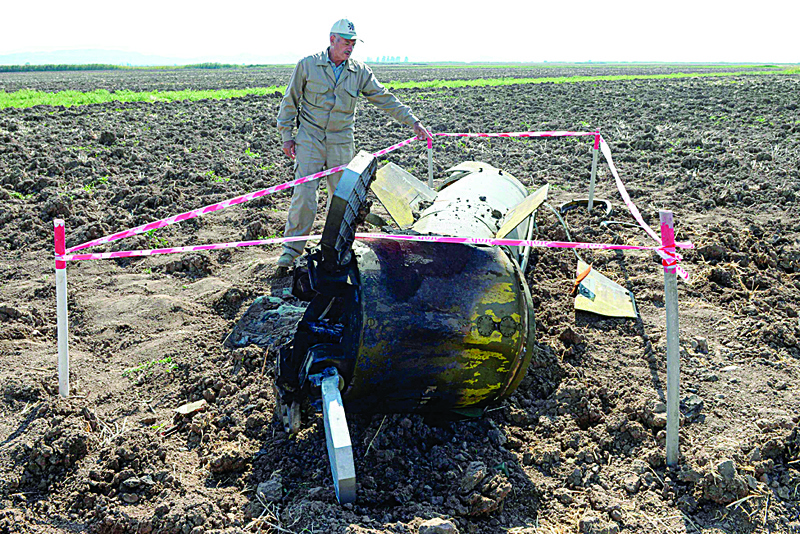