KUWAIT: There is nothing abnormal on the Kuwaiti-Iraqi borders, Deputy Foreign Minister Khaled Al-Jarallah stated Sunday.  The situation is normal and stable on borders with Iraq and will remain the same thanks to the vigilance of Kuwaiti people and Iraq’s respect of the sovereignty of the State of Kuwait, Jarallah said on the sidelines of the International Migration Organization’s (IOM) ceremony to launch a documentary about Kuwait’s humanitarian role.

He added that National Assembly Speaker Marzouq Al-Ghanem has discussed the issue with Iraqi Parliament Speaker Salim Al-Jabouri who stated that nobody could drive a wage between Kuwaiti and Iraqi people. Jabourid himself affirmed to the press that his country is serious in respecting the sovereignty of its neighboring country and that Iraq is keen on continuing good trusting relations with Kuwait. Jabouri’s statement shows the Iraqi side’s respect of Kuwait sovereignty, Jarallah said.
Earlier this month, Iraqi Prime Minister Haider Al-Abadi said that his country would not be dragged to malicious schemes of some entities which try to spread rumors and fabricated news to mar Iraqi-Kuwaiti relations.

Renewed commitment
Jarallah pointed out that the message received by His Highness the Amir Sheikh Sabah Al-Ahmad Al-Jaber Al-Sabah from the US President Donald Trump included a renewed US commitment towards Kuwait security and stability as well as the UN resolution related to Kuwait and Iraq. He added that he has also met the UK Minister for the Middle East Tobias Ellwood recently and he has echoed a similar stance.

Ellwood has expressed the UK commitment to the security and stability of Kuwait and the UN resolutions related to the situation between Kuwait and Iraq, he said.  Earlier on Sunday, Undersecretary of the Kuwaiti Ministry of Interior General Suleiman Al-Fahad stated that there is not any abnormal gathering on the Kuwaiti-Iraqi border and trade movement is going on normally.

“The security situation on the border is good and all concerned sectors are doing their duties so efficiently,” he told reporters. Commenting on ongoing events in neighboring countries, Fahad said: “What is happening in some neighboring countries are just domestic political conflicts with which Kuwait has nothing to do whatsoever.”

Improving lives
IOM’s Director General William Lacy Swing said that the IOM was joining Kuwait in its national celebrations by launching a documentary about Kuwait’s contribution to improve lives of displaced, immigrants and refugees.
During a ceremony held at Kuwait’s National Library to launch the documentary entitled ‘With Their Voices and Words,’ Swing said Kuwait has always been a source of hope for those suffering from crises, and spared no financial or material effort to help those in need.

He said they were celebrating today the ‘generous aid’ of Kuwait. Swing praised generosity of His Highness the Amir Sheikh Sabah Al-Ahmad Al-Jaber Al-Sabah, the ‘Humanitarian Leader,’ and the Kuwaiti people in the help of those in need.
Jarallah said the documentary spoke about Kuwait’s humanitarian contributions and conveyed voices of people who benefited from the aid. Kuwait has been keen on providing educational and medical services for those in need, he said, “which made us proud of the size of assistance that Kuwait is offering for the needy.”

Those affected by the Iraqi and Syrian crises speak in the documentary about Kuwaiti contributions and support, and positive effect of better life on them. Jarallah thanked the IOM for shedding light on a center of sheltering of female workers in Kuwait, which provides humanitarian services and was admired by global humanitarian organizations.

Appreciation
First Deputy Prime Minister and Minister of Foreign Affairs Sheikh Sabah Khaled Al-Hamad Al-Sabah thanked the IOM for producing the documentary. Addressing the ceremony, Sheikh Sabah Al-Khaled said the film was documenting “an important phase of humanitarian cooperation between the State of Kuwait and the IOM.” The documentary, he added, highlighted humanitarian values, reiterated appreciation of Kuwait’s humanitarian role and shed light on humanitarian workers around the world.  Sheikh Sabah Al-Khaled recalled the honoring of His Highness the Amir with IOM’s Medal during the IOM’s Executive Council’s meeting in November 2014.

Sheikh Sabah Al-Khaled thanked the IOM and Swing for the production of the documentary, which shed light on “positive contributions” of Kuwait within IOM programs in conflict areas. He congratulated IOM for joining the UN last September, and taking over responsibility of negotiations over an international agreement for safe immigration.
He also thanked IOM for publishing a book talking about Kuwait being a source of inspiration in times of crises. The book talks about Kuwait’s humanitarian activities and programs conducted in cooperation with IOM.

Bountiful contributions
Meanwhile, Swing said in an interview yesterday that the bountiful contributions of Kuwait and His Highness the Amir has contributed to giving hope to those who feel hopeless about life amid displacement and wars. He added that the IOM has also published a new book on Kuwait’s humanitarian activities, programs and projects through existing cooperation between the State of Kuwait and the IOM.

Swing said the significance of the documentary stems from the way Kuwaiti relief and medical aid is handed out to refugees in host countries. But, he remarked that his organization is embroiled in a host of challenges, primarily how to provide effective help to internally displaced persons (IDPs) and refugees, given that there are six million IDPs in Syria.

This increasing number of IDPs and refugees is of much worry to the IOM, he said, regretting that some countries are reluctant to host refugees or even to help them.  He went to say that the current humanitarian situation across the world has become very complicated, and that a solution does not rest with humanitarian organizations which can only provide a better life to those IDPs and refugees.  Kuwaiti humanitarian aid has really contributed to training Iraqi female IDPs to making carpets as a source of earning money, in addition to aid to refugees in Lebanon, he noted. The IOM chief lauded His Highness the Amir of Kuwait as a real humanitarian leader whose bountiful contributions have greatly led to improving the living conditions of refugees and IDPs. – KUNA 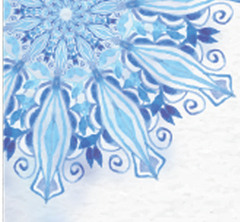 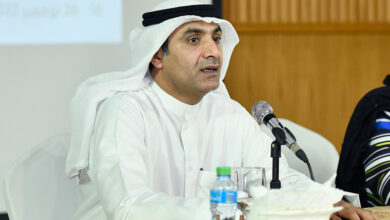 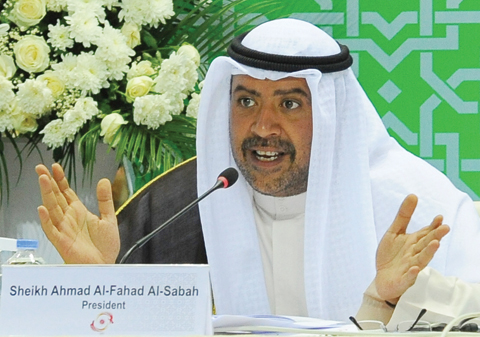 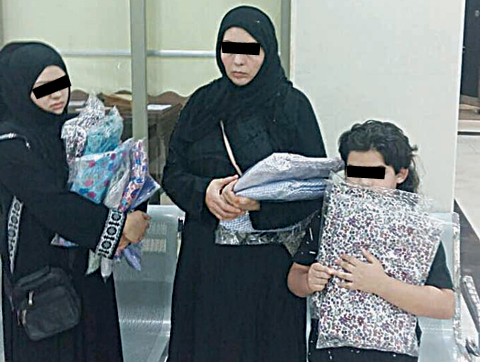