LILLE: Jerome Boateng scored his first international goal to set Germany on their way to a 3-0 win against Slovakia at Euro 2016 yesterday as the world champions cruised into the quarter-finals.

Boateng opened his account eight minutes into his 63rd international appearance and Joachim Loew’s side never looked back against outclassed opponents.

Mesut Ozil had a penalty saved soon after but Julian Draxler set up Mario Gomez to double the lead two minutes before half-time and the impressive Draxler then completed the scoring just after the hour mark.

There was never any threat of a repeat of Slovakia’s 3-1 win when the teams met in a friendly just four weeks ago and Germany move on to a last-eight tie against either reigning champions Spain or old rivals Italy next weekend.

Loew had been unhappy with his team’s finishing during the group stage and he opted to drop the underperforming Mario Goetze as Draxler, of Wolfsburg, started in the only change from their 1-0 win against Northern Ireland.

Slovakia have a recent history of pulling off surprise results, from their defeat of Spain in qualifying to the recent friendly victory in Germany and the goalless draw with England that saw them progress from the group stage.

But their hopes of another day to remember were rapidly nipped in the bud by the world champions, who underlined their credentials and sent a clear message to their Euro rivals.

Sami Khedira was first to threaten with a header from a Toni Kroos free-kick that was tipped over by Slovakian ‘keeper Matus Kozacik, and from the corner that followed Germany were in front.

Kroos’ delivery from the German left was headed out by Milan Skriniar but the ball fell for Boateng on the edge of the box and the Bayern Munich stopper met it on the volley, finding the bottom-left corner with the aid of a small deflection off the unfortunate Skriniar.

Slovakia were overwhelmed and they conceded a penalty in the 13th minute when skipper Martin Skrtel grappled with Gomez as the two went for a high ball in the box.

Skrtel was booked for his intervention, but Slovakia were let off the hook as Ozil’s kick was well saved by Kozacik diving to his left.

Excluding shoot-outs, it was the first penalty missed by a German player in a European Championship finals match.

The miss did nothing to halt Germany’s momentum, though, and it remained one-way traffic after that with Ozil fizzing a half-volley inches past as the ball dropped after Gomez and Jan Durica had gone up to contest another cross into the area.
Draxler shot wide on the turn from 18 yards before Jan Kozak’s side finally worked Manuel Neuer four minutes prior to the break.

Peter Pekarik’s cross from the right found AC Milan midfielder Juraj Kucka six yards from goal but his header was tipped over the bar by the Germany captain.

And Germany went on to increase their lead two minutes after that as Draxler combined with Jonas Hector down the left before heading for the byline and cutting the ball back for Gomez to finish at the near post.

Any hope of a contest in the second half depended on Slovakia quickly pulling a goal back but a neat 49th-minute move ended with Marek Hamsik-otherwise nullified as a threat-teeing up Kucka for a shot that went straight to Neuer.

And, if there were any lingering doubts about the outcome, Germany put the game to bed on 63 minutes, Mats Hummels heading down a corner for Draxler, who volleyed in at the back post to get the goal his performance deserved. — AFP 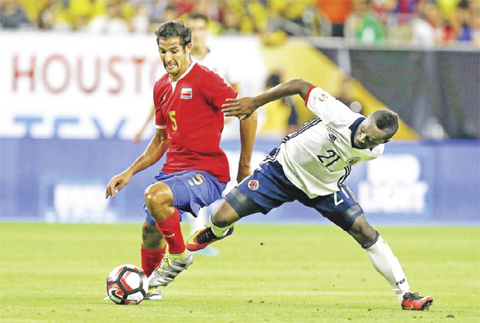 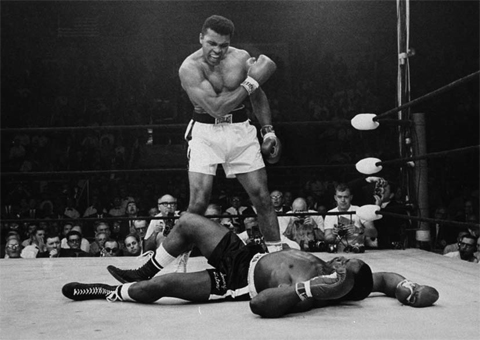 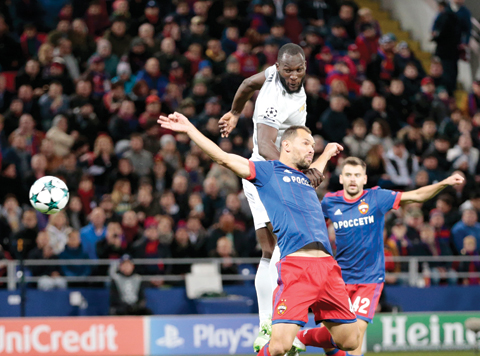 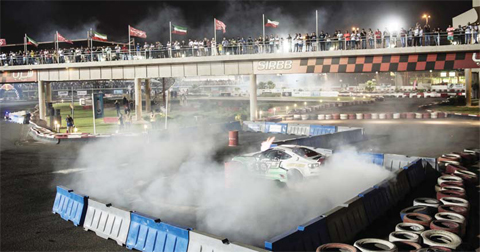