MELBOURNE: Skipper Steve Smith scored his 17th Test century to give Australia a 22-run lead over Pakistan as rain again disrupted play in the second Test in Melbourne yesterday. Smith reached his fourth Test hundred of the year before a storm lashed the Melbourne Cricket Ground just before tea and forced the rest of the fourth day’s play to be abandoned. Smith was unbeaten on 100 with Mitchell Starc not out seven in Australia’s 465 for six. It is unlikely there will be a result in the Test with just Friday’s final day to play.

The Australians were hoping to build a 100-plus run lead to try and put the tourists under pressure on the final day in the weather-disrupted Test. “We were planning to play a little more positively this afternoon and try and get as many runs as we could, but the rain hasn’t helped us,” Smith said. “So now it’s about summing it up in the morning and seeing where we can go. “It’s obviously going to be difficult to get a result, the wicket hasn’t broken up much and it’s playing well.”

Smith passed 1,000 runs in a calendar year for the third time in a row during his knock, taking his 2016 total to 1,040 at 67.60 with his patient 100 not out coming off 168 balls with nine boundaries. Usman Khawaja was dismissed three runs short of his century early in the day, the second time this season that the Pakistan-born batsman has been dismissed on 97. Khawaja had added just two runs to his overnight 95 off 12 balls when he edged Wahab Riaz to wicketkeeper Sarfraz Ahmed in the day’s fifth over. Khawaja left the ground with his head bowed. Khawaja also missed out on a century against South Africa in the second innings of last month’s first Test in Perth. The Australians lost the wickets of underpressure pair Nic Maddinson and Matthew Wade in the middle session.

Handy
Handscomb Maddinson, fighting to nail down his Test spot, failed again, deceived by wristspinner Yasir Shah’s flight and was bowled off-stump for 22 off 55 balls. Under pressure after scores of 0, 1 and 4 in his three Test innings, Maddinson advanced down the wicket but failed to get to the pitch of the ball and left the wicket shaking his head. Wicketkeeper Wade again missed out-this time he was caught in the slips for just nine after a slash outside off-stump at Sohail Khan. Wade, like Maddinson, has struggled for runs since his recall for last month’s third Test against South Africa and has scores of 4, 7, 1 not out and now 9 in his four innings since.

In contrast, Peter Handscomb claimed his third half-century in three Tests to push along the Australian scoring. He was dropped off a sharp caught-and-bowled chance by Mohammad Amir on 51, but three runs later he found Sami Aslam at point off Sohail. Handscomb, playing on his home pitch, added 92 runs with Smith off 141 balls. Starc slammed Shah for a mighty sixmeasured at 103 metres-high into the stands to get off the mark and will resume on Friday with Smith.

Azhar Ali, who scored an unbeaten 205 in Pakistan’s 443 for nine in the first innings declaration, was fielding at short leg when he received a fearsome blow on the helmet off Wade’s full-blooded pull shot and was taken from the field for observation for concussion. Paceman Riaz continued to have problems bowling no-balls. He overstepped 12 times in his 27 overs. “We need to cut down these no-balls, it’s not acceptable,” Pakistan bowling Coach Azhar Mahmood said. — AFP 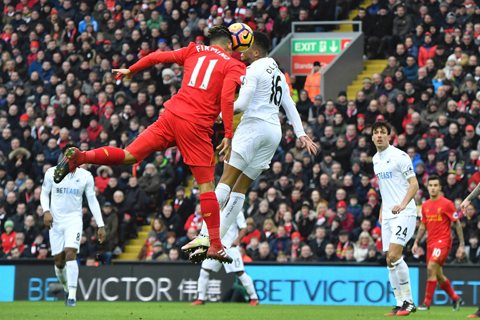 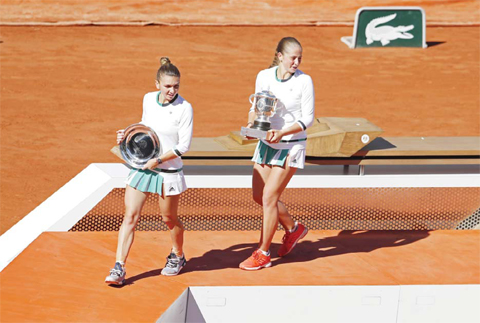 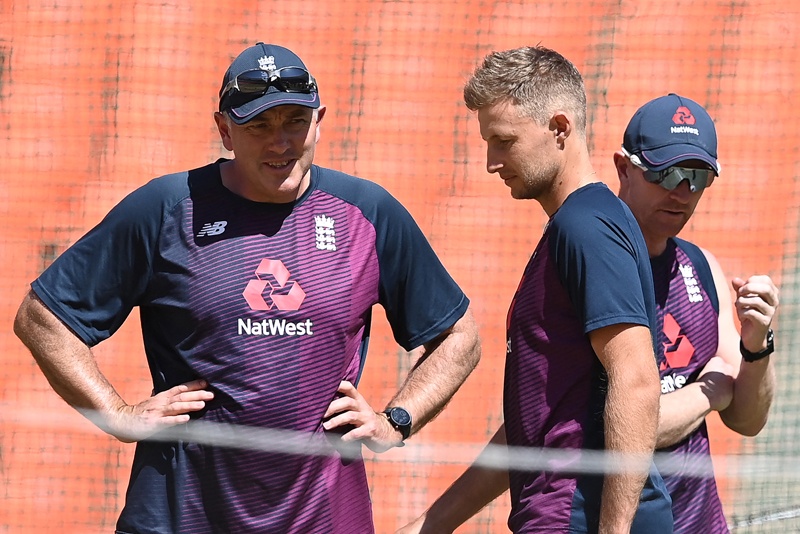 Kohli says ‘too much noise’ about Test spin pitches 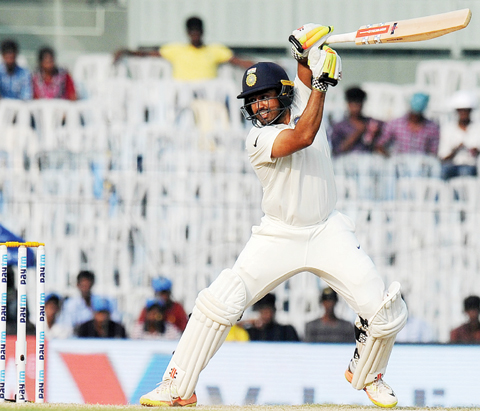