KUWAIT: Kuwait enjoys sunny days almost the whole year long, but this source of energy is not exploited like in many other countries. Solar energy is used in Kuwait in a few places, including private houses. Kuwait Times interviewed Dr Abrar Al-Ali, Astronomy Specialist at Al-Ojairi Scientific Center and a Fellow of the Royal Astronomical Society (UK), for more information on the uses of solar energy in Kuwait, its benefits, the challenges facing its use and other issues.

Kuwait Times: In which sectors is solar energy used in Kuwait?

Dr Abrar Al-Ali: The Ministry of Electricity and Water and Renewable Energy is continuously looking at ways to promote the use of clean energy. For instance, the Shaqaya project, in collaboration with Kuwait Institute for Scientific Research (KISR), comprises of solar thermal, solar photovoltaic and wind power systems. It produces 70 megawatts in its first phase – enough to supply a residential area such as Nuzha, as well as encouraging consumers to change their patterns of energy dependence by installing solar cells, using photovoltaic glass on the facades of commercial complexes to generate clean energy, and collaborating with government agencies to build environmentally-friendly schools.

In addition, the Kuwait Foundation for the Advancement of Sciences (KFAS) has been successful in launching and sponsoring several pilot programs to supply, install and operate photovoltaic cells at cooperative societies and private residences. The PV system at Zahra Cooperative Society has a capacity of 780 kWp, which can produce roughly 1,270 MWh of electrical energy per year. This can power more than 16 houses for a year, saving at least 780 barrels of oil annually and reducing CO2 emissions by at least 1,150 tons per year.

KT: Is the government interested in expanding the use of solar energy?

Ali: The late Amir Sheikh Sabah Al-Ahmad Al-Jaber Al-Sabah announced at the 2012 United Nations Conference on Climate Change that Kuwait will strive to produce 15 percent of its power from solar and wind by 2030, a goal that has since been reaffirmed in the New Kuwait 2035 vision. Thus, the government is keen on increasing the usage of solar energy. KISR has been researching the potential of capturing energy through alternative means since the 1980s, pioneering research in concentrated solar thermal technologies as well as photovoltaic panels, and it continues to implement a number of management programs to help address Kuwait’s emerging energy challenge. 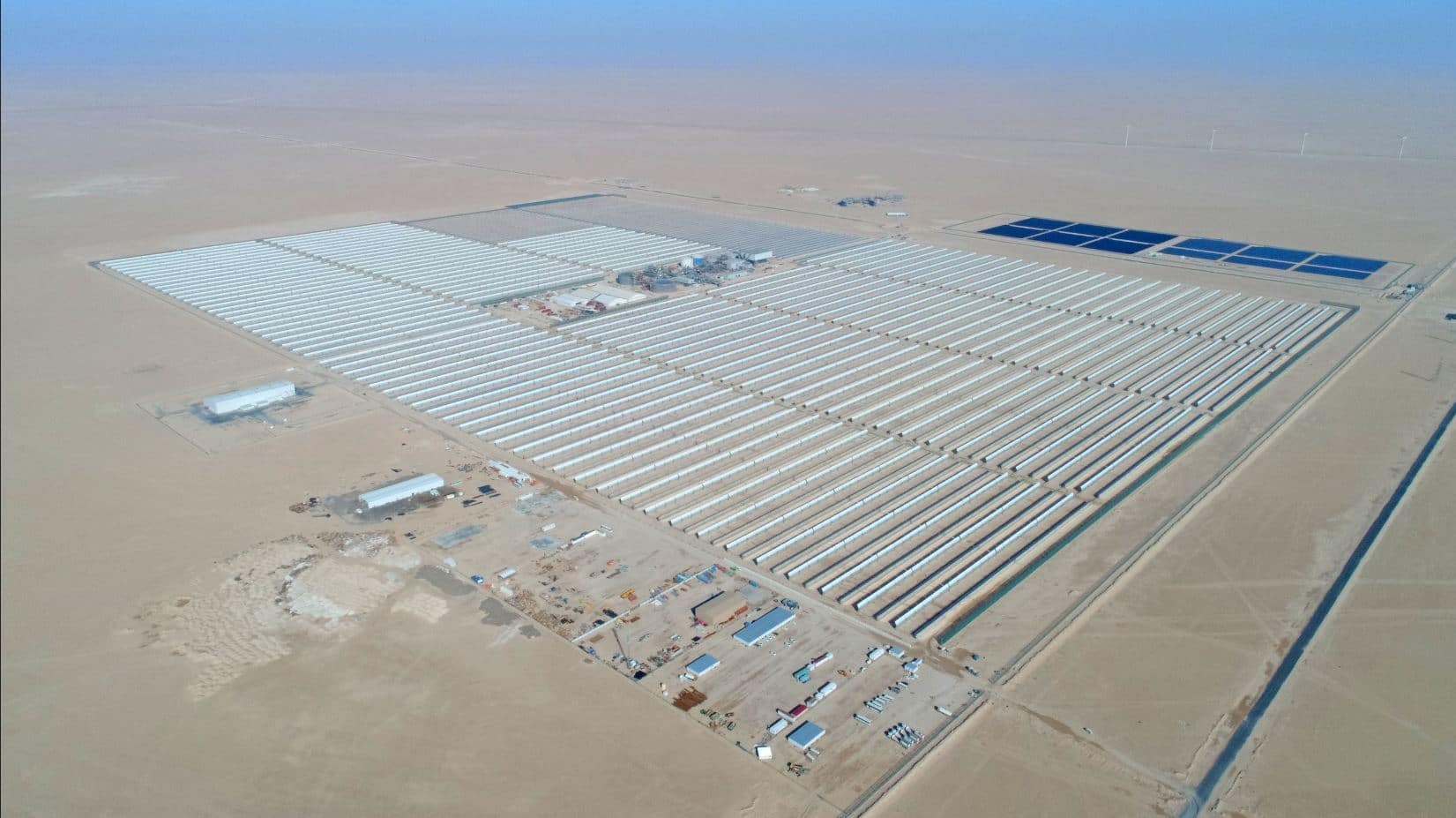 KT: What is the impact of replacing electricity with solar energy on the environment?

Ali: Solar power plants mitigate the environmental implications of combustion utilized in fossil fuel power generation, such as greenhouse gas emissions and other air pollution emissions. In addition to these advantages, solar development generates both direct and indirect jobs and additional funds in the locations where it is implemented. However, like with everything, there are certain negative effects linked with solar power facilities that must be addressed, such as cost and efficacy.

KT: How much would the government save by replacing traditional energy with solar energy?

Ali: With the aim to develop 2 GW of power capacity from renewable sources by 2030, Kuwait will meet the electricity demand of 100,000 homes while saving 12.5 million barrels of oil equivalent per year.

KT: Are people in Kuwait aware of the benefits of solar energy? And would they be ready to use it to supply their houses with energy?

Ali: KFAS has previously installed PV panels in approximately 150 homes in collaboration with the Kuwait Institute for Scientific Research, the Ministry of Electricity and Water, Kuwait Municipality and the Public Authority for Housing Welfare. The PV system installed capacity for 150 households is around 1.5 MWp, which may save at least 1,500 barrels of oil and reduce CO2 emissions by at least 2,200 tons annually. Based on the success of this pilot project, KFAS has begun spreading and encouraging renewable energy applications in the Kuwaiti society more generally and has proposed a similar project in an effort to supply, install and operate solar cells in 1,500 households. 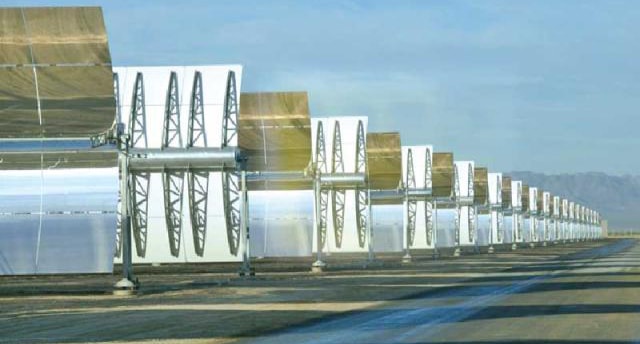 KT: What are the biggest challenges or obstacles facing the use of solar energy?

Ali: Due to Kuwait’s unique climate, panels are exposed to intense heat and dust, and traditional solar panels require periodic cleaning to ensure that their efficiency is not significantly harmed by wind-blown desert sands. Fortunately, new technologies have arisen to address these challenges. This includes the use of robotic cleaners to remove dirt and dust off solar panels, allowing them to absorb the maximum amount of energy possible.

In addition, many photovoltaic solar projects do not attain optimal energy and power outputs due to inadequate technical sizing and system design approaches. Today, Al-Ojairi Scientific Center is investigating the establishment of design methodologies that would result in increased outputs from solar arrays to address concerns related to low-conversion rates, high intermittencies, and high capital expenditures of PV projects.

KT: Is it true that the cost of the solar panels and their maintenance is expensive?

Ali: While costs have come down over the past years, installation and maintenance of solar panels can be quite expensive due to various factors, which includes the cost of the equipment. Solar boards demand complex manufacturing techniques as well as the usage of costly raw materials such as high-grade silicon for solar panels and lithium for solar batteries. Another consideration is the soft expenses, which include a professional solar installation that is both safe and consistent with local rules and warranties.

KT: Why is Kuwait so late in benefitting from solar energy although it’s sunny most of the year?

Ali: Interestingly, Kuwait was one of the first supporters of renewable energy in the Middle East, with involvement reaching back to the mid-1970s; yet, the industry is still in its early phases. However, renewable energy is now making its way into Kuwait’s development strategy and political debate.

The Kuwait Institute of Scientific Research (KISR) and the Kuwait Authority for Partnership Projects (KAPP) are key players in the movement toward a low-carbon economy. The government has assigned KISR in particular with developing large-scale alternative energy systems in partnership with international bodies and technological companies.

Parking space a big challenge in commercial and residential areas 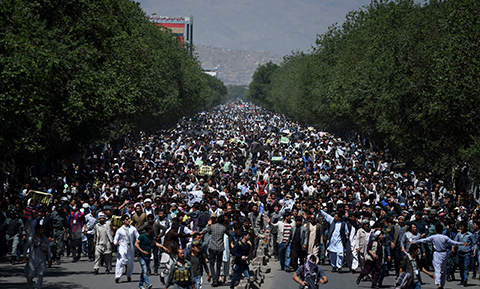 Kabul locked down as minority Hazaras protest over power line 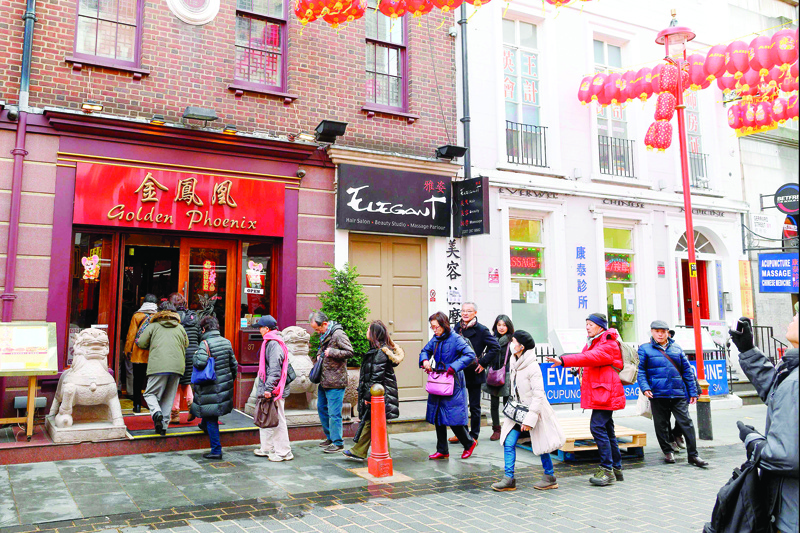 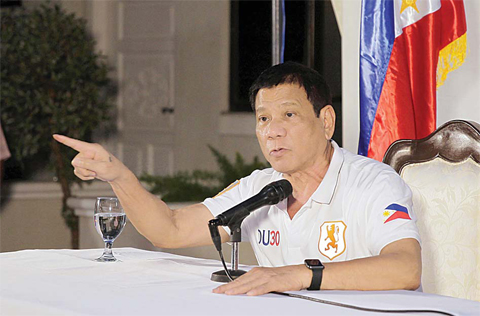