Last year, our neighborhood ice-cream man here in Kuwait was lamenting the destruction of his hometown in Syria. His family decided it was best to evacuate and move to Jordan. He tried everything he could to bring his wife here, because he knew his sons would be denied entry. But, much to his dismay, even his wife was not allowed. Now, with the money he saves selling ice-cream, he has the burden of paying the rent for his family in Amman.

Meanwhile, many people here are applauding Europeans and countries around the world for opening their borders to refugees. And I wonder: Do we see the irony? We are cheering, with the loftiest of intentions, from the sidelines, but making sure our borders are tightly closed. And though are hearts are breaking for Syria, refugees are trekking dangerous territory to reach the shores of Europe.

Still, we have decided it is best to make sure they do not infiltrate our society. This decision was made much to the dismay of many. Wouldn’t it be so much nobler for Syrians to be welcomed in this region? This is not about Arabs and Muslims helping each other, but about human beings lending each other a hand in times of need. How can we sleep at night while our brothers and sisters in Syria are horrified that we are rejecting them? Kuwaitis are very generous when it comes to donations, but donations are not enough at times. Syrian refugees would be able to live a much better life if they were allowed to enter our country. We would make them feel at home here. And I am sure our generosity would cover many costs.

During the invasion of Kuwait, there was not one country in the entire world that closed its borders to us. And the Arab and Gulf countries were very generous to Kuwaitis, so we know that hospitality is an inherent part of our collective nature. What happened to us? Is our fear so intense that we have given up humanity for a false sense of security?

A couple of years ago, I saw a car here with Syrian license plates. I was so excited, that I actually tried to get their attention. I wanted to stop the car and tell them how happy I was to have them here, but I did not want to drive recklessly and scare the living daylights out of them, so I never managed to hug them. In fact, they never saw me. Somehow, this family managed to come here. How? I don’t know. But, my heart jumped for joy.

And that moment will remain an indelible imprint on me. Because it was a moment that made me realize that regulations can be defied. It gave me hope that our streets could be filled with many cars with Syrian plates one day. Unfortunately, though, my hope was short-lived, as the rules became increasingly stringent, and we watched with horror as Syrian refugees died at sea while their boats capsized. Graphic images globally tugged at our heartstrings, but somehow, it was more and more difficult for Syrians to enter our country.

Perhaps the worst image was that of a toddler washed up on the shore, with his father embracing his corpse. The world let him down. We let him down. Still, with the noblest of inclinations, we pray for Syrians and continue to donate money, hoping that it will suffice. However, an expat friend of mine awakened me to how others, including herself, taunt our efforts. She expressed her anger, indicating that it may well smell of roses when we talk of love and oneness, but the fact is that our borders are closed.

And so I feebly, and humbly, apologize to Syrians for our rigidity. I find myself apologizing a lot lately. I also keep wishing that those of us who are lamenting such regulations are given more influence. Perhaps the tipping point is not a fallacy, after all. If more of us speak out, perhaps we can do something. How can laws be changed if the lawmakers assume that our passivity is a sign of compliance with the laws at hand? I know many members of parliament would draft a bill to allow refugees in, especially when they know that many of us would salute their decision.

As I ponder our homegrown Iron Curtain, I realize I should not just apologize to refugees, but to many others who cannot seem to enter our country. A couple of weeks ago, I received a comment on social media from a Pakistani man who complained that he could not get visas for his family members. In addition, an Indian colleague of mine was searching for a local to sponsor her daughter-in-law because her salary is too low. Her son’s wife is not permitted to visit without the intervention of a Kuwaiti. We have resorted to sponsoring fellow human beings. Where are we?

I sincerely pray that our new parliament will address the issue of refugees and visa statuses for foreigners, for that matter. I don’t want our country to be known for its restrictive laws. Nor can I remain silent about something that tugs at my heartstrings. Love is too grand for restrictions. Way too grand!

Where to bring in the New Year in Kuwait 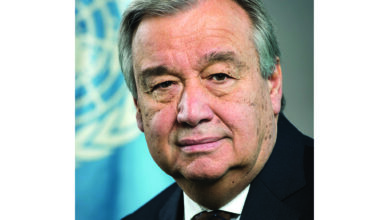 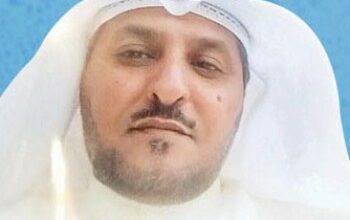