MADRID: Spain’s public prosecutor on Wednesday ordered a criminal probe of over 700 Catalan mayors who are cooperating with an October 1 independence referendum deemed illegal by Madrid. The move increases the pressure on Catalan officials just one day before the pro-separatist camp officially kicks off its referendum campaign in the Mediterranean port of Tarragona.

Furious at the decision to instigate a probe, Catalan municipal associations called on all the region’s mayors to protest in Barcelona on Saturday to show their “rejection of a Spanish judicial system that goes after the media, ballot papers, ballot boxes… and now mayors”. The prosecutors’ office ordered the mayors who have agreed to help stage the vote be summoned to court as official suspects and if they do not appear to “order their arrest”, according to a copy of the ruling obtained by AFP.

Pro-independence Catalan president Carles Puigdemont dubbed the move an “atrocity scarcely worthy of a democracy”, and said he would attend Saturday’s protest. Catalonia’s pro-separatist government has asked the wealthy northeastern region’s 948 mayors to provide facilities for polling stations for the plebiscite. So far 712 mostly smaller municipalities have agreed to participate, according to a list posted on the website of Catalonia’s Municipal Association for Independence (AMI) which represents 750 municipalities.

“They can arrest us! They’re crazy!,” David Rovira, the pro-separatist mayor of L’Espluga de Francoli, a town of some 3,800 residents, told AFP by phone, adding that Madrid had “proposed nothing” to appease Catalonia’s demands for greater autonomy. Jordi Turull, spokesman for the Catalan government, told reporters that the executive would support the region’s mayors and would “respect their decision”.

The ruling comes a day after prosecutors ordered police in Catalonia to seize ballot boxes, election flyers and any other item that could be used in the referendum. Prosecutors have already launched an official complaint against Puigdemont and members of his government over their referendum plans, accusing them of civil disobedience, misfeasance and misappropriation of public funds-the latter carrying jail sentences of up to eight years. And on Wednesday, the official referendum website was shut down following a court order, the Guardia Civil police force said, prompting Puigdemont to immediately tweet the address of a new website.

‘Don’t go’
Prime Minister Mariano Rajoy’s conservative government has vowed to do everything in its power to stop the referendum. It argues that Spain’s 1978 constitution stipulates that regional governments cannot call an independence referendum. Rajoy on Wednesday urged Catalans to boycott the referendum.

“If anyone urges you to go to a polling station, don’t go because the referendum can’t take place, it would be an absolutely illegal act,” he said. Spain’s Constitutional Court has suspended a referendum law that was fast-tracked through Catalonia’s regional parliament last week but the Catalan government has vowed to go ahead with the vote nonetheless. Catalan authorities routinely ignore the court’s decisions as they do not recognize its legitimacy.

In his first public comments since the Catalan government signed a decree calling the referendum, Spain’s King Felipe VI said the rights of all Spaniards will be upheld against “whoever steps outside constitutional and statutory law”. But constitutional law professor Javier Perez Royo said it would be difficult for the state to stop the referendum if huge numbers of Catalans disobey the law and vote.

Economic worries
Catalonia, which is roughly the size of Belgium and accounts for about one-fifth of Spain’s economic output, already has significant powers over matters such as education and healthcare. But Spain’s economic worries, coupled with a perception that the region pays more in taxes than it receives in investments and transfers from Madrid, have helped push the cause of secession from the fringes of Catalan politics to centre stage.

Hundreds of thousands of Catalans rallied on Monday in Barcelona on their national day to demand their region’s secession from Spain and support the right to vote. One big banner at the rally read: “Goodbye Spain”. Opinion polls show that Catalans are evenly divided on independence. But over 70 percent want a referendum to take place to settle the matter, similar to the plebiscite held in Scotland in 2014. – AFP 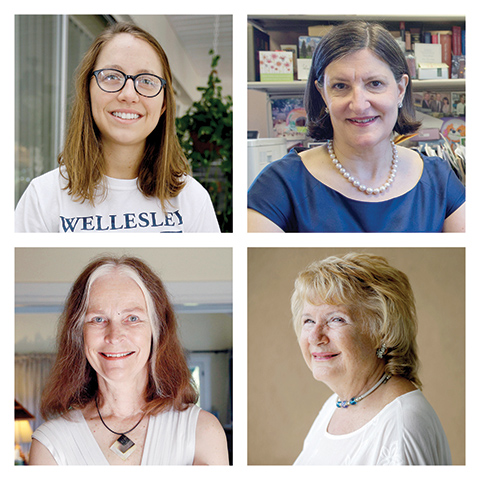 First US woman president: How great a milestone? – Women differ over breakthrough 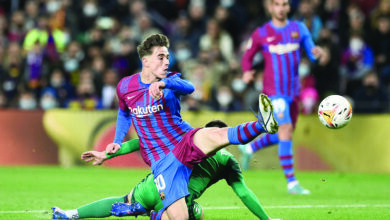 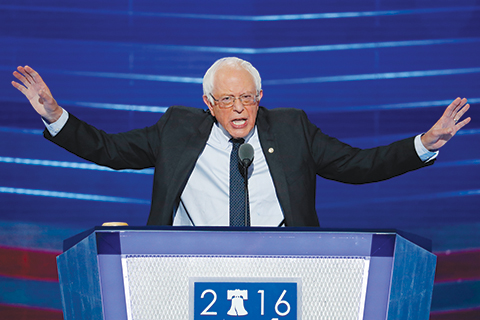 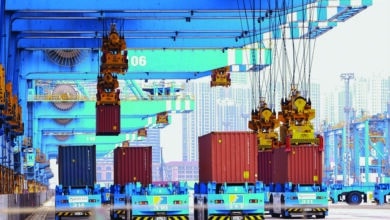