COLOMBO: Sri Lanka’s government on Tuesday destroyed its biggest ever illegal ivory haul in the first public crushing of poached tusks in South Asia, intended to send a stark message to smugglers. The international trade in ivory has been banned in most of the world since 1989, but illegal smuggling persists in many parts of Asia where ivory is highly prized for medicinal and decorative uses. Sri Lanka said it was sending a strong message by destroying the haul, more than 350 tusks weighing about 1.5 tons that were displayed at the Galle Face promenade in the capital before being fed into a crusher to be sent to an industrial furnace.

The haul, which came from African elephants slaughtered for their tusks, was seized at Colombo’s port nearly four years ago en route to Dubai. “There are some very small tusks which would have come from baby elephants,” Colombo Customs Director Udayantha Liyanage told reporters. “We are trying to demonstrate that there is no value for blood ivory… It is horribly cruel and the elephants suffer for about a week before they die,” he said.

Blood ivory is a term used by activists to describe tusks that are obtained illegally by slaughtering elephants. The ivory came from northern Mozambique and Tanzania and transited through Kenya to Sri Lanka on the way to the United Arab Emirates, said Secretary General of the Convention on International Trade in Endangered Species (CITES), John E Scanlon. Scanlon, who was present for the destruction, said Sri Lanka’s action demonstrated it will not tolerate the illegal trade.

“This shows the effectiveness of Sri Lankan customs in detecting this contraband in transit,” he said. The number of African elephants killed for their tusks peaked in 2011, according to CITES, with about 30,000 animals slaughtered. However, he said many African nations were cracking down on the illegal trade and that as a result, blood ivory was becoming a low-profit, high-risk venture for smugglers.

Symbol of prosperity
The organizers observed a two-minute silence for the slain elephants before Buddhist, Hindu, Christian and Muslim leaders performed funeral rites for the animals. Customs director Liyanage detected the container, holding 359 pieces of ivory in May 2012, while it was in transit at the Colombo port. The container had been falsely labeled as storing plastic waste. Officials confiscated the ivory in line with CITES regulations, which have prohibited the transport of and trade in ivory since 1989, Liyanage said.

Sri Lanka’s Finance Minister Ravi Karunanayake said the government had resisted pressure to hand over at least part of the contraband to Buddhist temples, which display tusks as a symbol of prosperity. “I congratulate the wildlife minister (Gamini Jayawickrama Perera) for resisting this pressure and going ahead with the ivory crushing,” Karunanayake said. The illegal trade in ivory from African elephants is driven by Asian and Middle Eastern demand for their tusks, which are used in ornaments and medicines.

Most Sri Lankan elephants do not have tusks and the animals are venerated and protected by law. However, nearly 200 elephants are killed each year by villagers after accidentally straying onto farmland, while the animals themselves also kill about 50 people each year. Sri Lanka’s elephant population has reduced to just over 7,000, according to a census five years ago, down from a population of over 12,000 at the start of the 20th century.-AFP 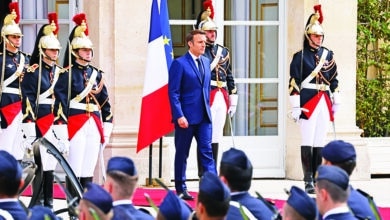 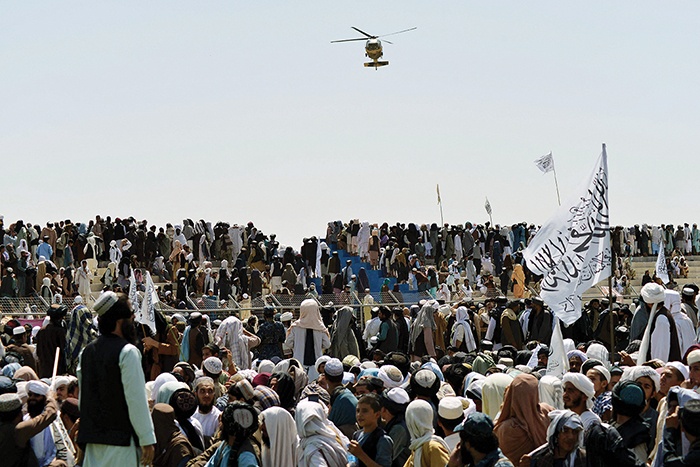 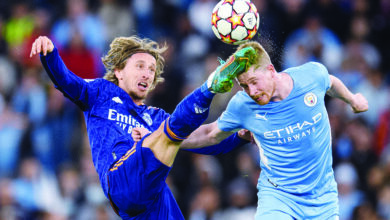 City let Madrid off the hook in 7-goal classic