KUWAIT: The General Secretariat of the Supreme Council for Planning and Development in cooperation with Kuwait Authority for Partnership Projects (KAPP) held a workshop on Monday to introduce the system of partnership between the public and private sectors, titled Vision of the New Kuwait through Partnerships Projects, in the presence of officials from the public and private sectors.

General Secretary of the Supreme Council for Planning and Development Khaled Mahdi said in a press statement that Kuwait realizes the importance of activating the concept of partnership between the public and private sectors in the implementation of projects, stressing the general policy directives of the development plan are keen to update laws related to this field over the years.

He stressed the partnership between the public and private sectors is an important step to advance development, raise the level of government performance and provide services characterized by efficiency and high quality, pointing to the importance of cooperation between various sectors to achieve growth and development. Mahdi pointed out that the seven pillars of the development plan are intertwined with issues related to partnership, indicating that the focus should be on strategic development projects with social and economic returns.

Mahdi added there is a need for a true understanding of the concept of partnership, as it is a broad and complex concept and is often misunderstood, explaining that the program in the plan has a set of policies that serve the theme of partnership. He explained that the partnership aims to build a sustainable economy, relieve pressure on public finances and effectively manage strategic and important projects, stressing the importance of focusing on the diversification and sustainability of the economy.

Mahdi addressed article 20 of the Kuwaiti constitution, which he believes the concept of partnership is based on. “The national economy is based on social justice, and its basis is fair cooperation between public and private activity, and its goal is to achieve economic development, increase production, raise the standard of living and achieve prosperity for citizens, all within the limits of the law,” he said.

“There are several indications confirming the success of the Kuwaiti model in the partnership between the two sectors, most notably the National Industries Group and the mobile telecommunications sector, in addition to the North Al-Zour project,” he added, pointing out that there are around 38 strategic projects in Kuwait that can be partnered with. “The New Kuwait 2035 vision has many projects that need partnerships and advanced capabilities to implement, while Kuwait has approved many legislations to facilitate the entry of major foreign companies into the local market.”

Meanwhile, Mahdi indicated Kuwait is a pioneer in the legislative regulation of the public and private partnership in its modern sense through the issuance of law no. 7 of 2008 in the matter of regulating construction, operation, transfer and similar systems, in addition to amending some provisions of decree law 105 of 1980 regarding the state property system, which is considered the basis to regulate the participation of the private sector in development projects and infrastructure in Kuwait. 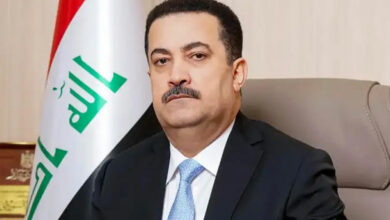