DAMASCUS: The Syrian army has declared that all anti-regime forces have left Eastern Ghouta, after a blistering two month offensive on the rebel enclave on the outskirts of the capital. The announcement, which represents a key strategic victory for President Bashar Al-Assad, came just hours after US-led strikes pounded Syrian government targets in response to a suspected chemical attack on the enclave’s main town of Douma.

“All terrorists have left Douma, the last of their holdouts in Eastern Ghouta,” state news agency SANA quoted an army spokesman as saying Saturday, using the regime’s usual term for rebels. “Areas of Eastern Ghouta in rural Damascus have been fully cleansed of terrorism,” an army spokesman also said in a statement delivered on state television. At the start of the year Eastern Ghouta was a sprawling semi-rural area just east of Damascus, home to almost 400,000 inhabitants, which had already endured several years under a government siege that slashed access to food, medicine and other goods.

The Syrian government and allied forces launched a massive assault on February 18 to retake the enclave, which had been out of regime control since 2012. The intense bombardment killed some 1,700 civilians according to the Syrian Observatory for Human Rights, a Britain-based monitor, and pulverized the area, reducing many neighborhoods to rubble. Damascus has been accused of carrying out an April 7 chemical weapons attack on Douma, the final part of the enclave where rebels were balking at a Russian-brokered deal to evacuate them to northern Syria.

The United States, France and Britain responded Saturday with pre-dawn strikes on alleged regime chemical weapons sites. The allies have since signaled their resolve to return to diplomacy, launching a new bid at the United Nations to investigate chemical weapons attacks in the country. A team of experts from the Organization for the Prohibition of Chemical Weapons is in Damascus and expected to investigate the site of the suspected chemical attack.

Strategic target
Assad had made the reconquest of Eastern Ghouta a strategic goal. The Islamist group Jaish al-Islam rebel group, which was in control of Douma, has said it only agreed to leave because of the Syrian government’s purported use of toxic chemicals on Douma, which medics said killed more than 40 people. The group has slammed the Western strikes as insufficient, as Assad maintains his grip on the war-ravaged country. “Punishing the instrument of the crime while keeping the criminal-a farce,” wrote Mohammad Alloush, a key member of Jaish al-Islam. Syria and Russia have both denied using chemical weapons and said the claims were fabrications used to justify Western military action.

Mine clearing
The two-month assault on Eastern Ghouta sparked an international outcry, with the head of the United Nations describing the conditions endured by civilians there as “hell on Earth”. Few convoys of humanitarian aid were allowed in while rights groups and aid organizations also condemned the targeting of medical facilities across the besieged territory.

Dozens of civilians in government-controlled central Damascus were also killed by rockets and mortar rounds fired from Eastern Ghouta by the rebel groups that held it. On Saturday Syria’s internal security forces entered Douma, after the last convoy of buses transporting members of Jaish Al-Islam and their relatives left the town. The Syrian army said a clean up operation was under way in the battered enclave. “Engineering units are starting to clear the mines and explosives sewn by the terrorists in the town to allow the rest of the units to secure the liberated areas and prepare them for the return of civilians to their homes,” the army spokesman said.

Thousands of civilians who fled the offensive have already returned to areas previously retaken by the army and allied forces. A large number of Eastern Ghouta residents were bussed to the northern province of Idlib, which is largely outside government control and hosts several jihadist and other rebel groups. The civil war started in 2011 with the brutal repression of anti-government protests. Assad has managed to cling on to power, retaking swathes of territory with the help of ally Russia.- AFP 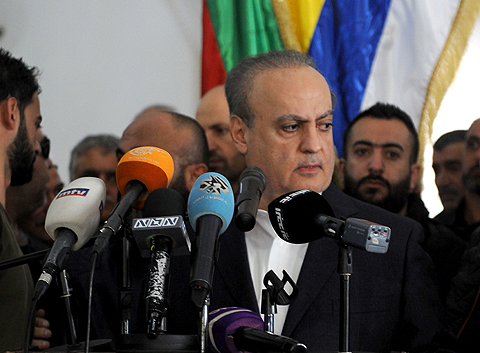 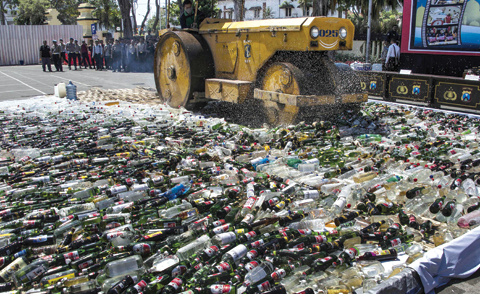 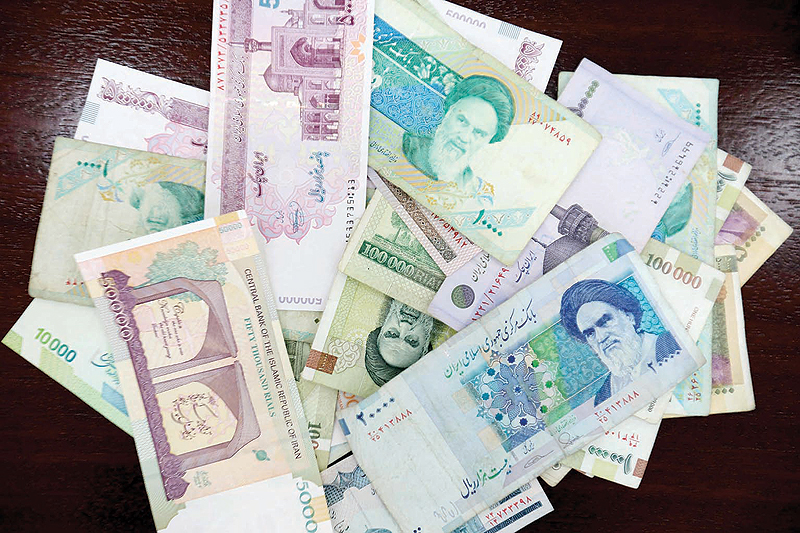 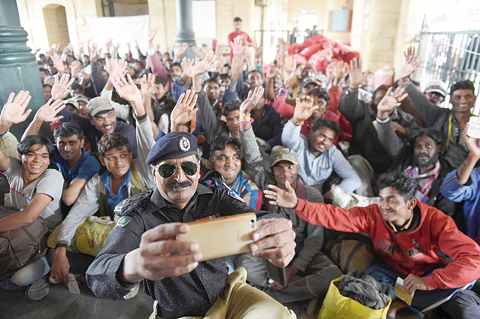