KABUL: The Taleban seized another Afghan provincial capital yesterday – the seventh in less than a week – as tens of thousands of people fled their homes in the north for the relative safety of Kabul and other centers. A provincial lawmaker told AFP the insurgents had taken Farah city, capital of the same-named province in western Afghanistan, while a Taleban spokesman posted pictures of fighters walking casually past the gates of the police headquarters and governor’s office.

Shahla Abubar, a member of Farah’s provincial council, said local security forces retreated towards an army base outside the city. Five of the other provincial capitals to have fallen since Friday are in the country’s north with the insurgents setting their sights on Mazar-i-Sharif, the region’s biggest city. Its fall would signal the total collapse of government control in the traditionally anti-Taleban north.

Government forces are also battling the hardline Islamists in Kandahar and Helmand, the southern Pashto-speaking provinces from where the Taleban draw their strength. The United States – due to complete a troop withdrawal at the end of the month and end its longest war – has all but left the battlefield. However, Washington’s special envoy Zalmay Khalilzad is now in Qatar to try and convince the Taleban to accept a ceasefire.

Envoys from hosts Qatar, Britain, China, Pakistan, Uzbekistan, the United Nations, and European Union were also due to discuss the situation in Afghanistan, a source told AFP. But even with a new round of talks in the works, Pentagon spokesman John Kirby said it was down to the Afghan government and its forces to turn the tide, and there was “not much” the United States could do to help.

Brutal treatment
The Taleban have appeared largely indifferent to peace overtures, and seem intent on a military victory to crown a return to power after their ouster 20 years ago in the wake of the September 11 attacks. As fighting raged, thousands of people were on the move inside the country, with families fleeing newly captured Taleban cities with tales of brutal treatment at the hands of the insurgents.

“The Taleban are beating and looting,” said Rahima, now camped out with hundreds of families at a park in the capital, Kabul, after fleeing Sheberghan province. “If there is a young girl or a widow in a family, they forcibly take them. We fled to protect our honor.” “We are so exhausted,” added Farid, an evacuee from Kunduz who did not want to be further identified.

The UN’s International Organization for Migration said yesterday that more than 359,000 people have been displaced by fighting this year alone. “We urge all parties to the conflict and neighboring countries to do everything they can to ensure that border crossing-points remain open, and humanitarian workers are able to access vulnerable populations in the border areas,” the agency said in a statement.

In the northern city of Kunduz that was captured by the Taleban over the weekend, residents said shops had begun to reopen in the center as the insurgents focused their attention on government forces who had retreated to the airport. “People are opening their shops and businesses, but you can still see fear in their eyes,” said shopkeeper Habibullah. Another resident, living close to the airport, reported days of heavy fighting. “The Taleban are hiding in people’s houses in the area and government forces are bombing them,” said Haseeb, who only gave his first name.

‘Atrocious situation’
The Taleban earned notoriety during their first stint in power from 1996-2001 for introducing a harsh interpretation of Islamic rule that barred girls from education and women from work. Crimes were punished by public floggings or executions, while a host of activities – from playing music to non-religious TV – were also banned. Following the capture of Aibak on Monday, the insurgents have now overrun five provincial capitals in the north. They have also taken Zaranj, the capital of Nimroz province, in the southwest.

Yesterday, the Taleban reiterated they were closing in on Mazar-i-Sharif – a linchpin for the government’s control of the north – after capturing Sheberghan to its west, and Kunduz and Taloqan to its east. But Fawad Aman, spokesman for the ministry of defense, said Afghan forces had the upper hand there.

The Indian consulate in Mazar, however, called on its nationals to board a “special flight” scheduled for later in the day. From Geneva, the UN warned the war was unleashing another humanitarian crisis. “Unless all parties return to the negotiating table and reach a peaceful settlement, the already atrocious situation for so many Afghans will become much worse,” said UN High Commissioner for Human Rights Michelle Bachelet. – AFP 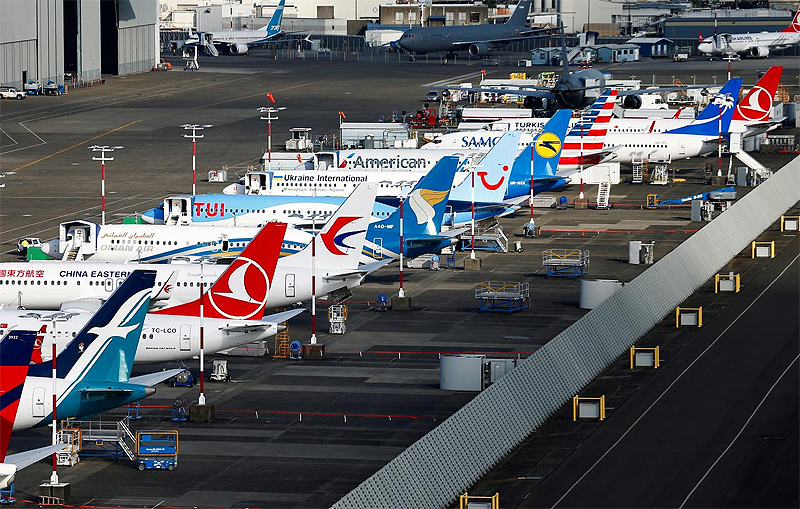 US warns airlines flying over Gulf as Iran tensions simmer 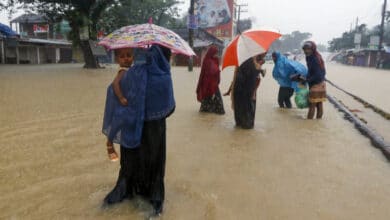 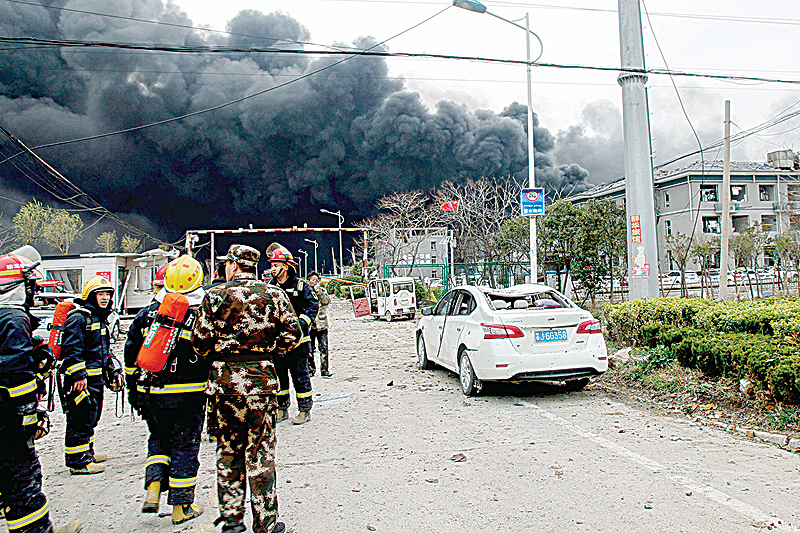 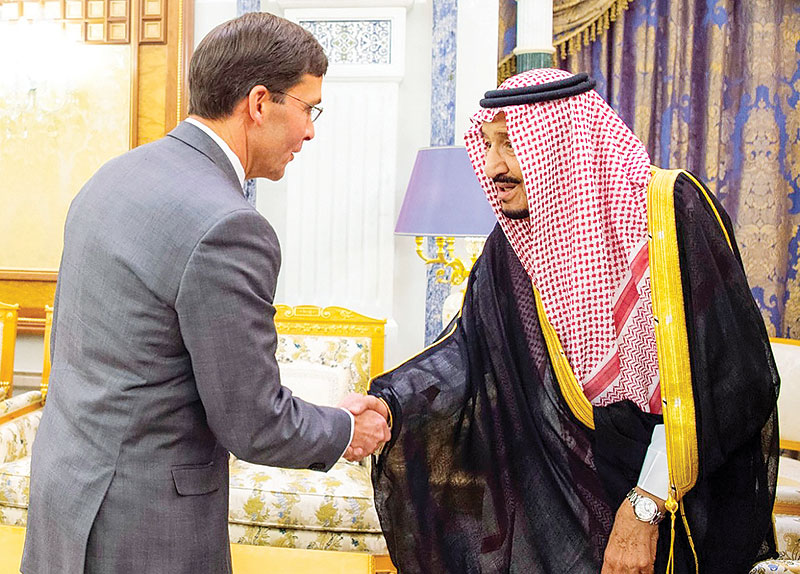