Those who recently demonstrated outside the Russian embassy should also hold similar demonstrations outside many other embassies, including those of the United States, Iran, Iraq, Turkey, Lebanon, GCC states in addition to the Syrian embassy itself whose government is killing its own people and destroying its own cities. Russia is no longer the communist Soviet Union that used to be criticized by Islamic movements and parties with the excuse of ‘being atheist’. The Russian state is as capitalist as any other capitalist state. It shares and competes with the US on resources and in killing.

What is currently happening is mainly to protect major interests of Russia, the US and other states that have ambitions in Syrian and Iraqi oil and wealth, in addition to the main motive of fragmenting the Arab nations and dividing them so that Israel can be the only power in the Middle East. The easiest and cheapest way for major power to achieve their goals is to spread sectarian strife, since it is the gateway for foreign interference with a motive to divide Arab countries. It is also the reason why they are fueling an endless Arabs-Iranian war while we, all the Middle Eastern people and governments including those of Iran and Turkey, have been stupid, ignorant, and fanatic enough to fall in this trap.

The Syrian revolution would have ended like that of the Egyptian revolution, and if the Muslim Brotherhood tried to take advantage, they would have met the same destiny in Syria as they did in Egypt – at least that way the Syrian people would have remained unharmed. What these religious parties and those behind them did to Syria is a crime. They opened a path for new colonization eager to take control of Syrian resources. Syria is divided because of disagreements among those who have ambitions in Syria so that they can recollect the billions that were spent  and eventually, Israel will cheer and rejoice and will get ready to strike other countries.

GCC states need no more wars because their blood is already being sucked and they encumber their underground oil to please others through reducing the prices, purchasing and stacking weapons, and rebuilding what Israel, or others, destroyed. GCC states need to face themselves, respect their people and stop being shaky and intimidated by blackmailers or get carried away in wrong directions without any vision. What happened could have been avoided if we had free will, if we acted rationally and rejected intimidating attempts that frightened us. I repeat, it is still possible to protect the region from explosion if we have control over our decisions and invite all regional countries to an open dialogue in which each side reasonably and fairly listens to the other for a greater good of the countries.

We need negotiating minds to propose fair solutions to all the issues, namely that of sectarianism. The solution does not need magic or magicians; it only needs well-aware and faithful people capable of realizing the peoples’ needs and are willing to respect their beliefs and use all regional resources for the good of the region’s economy and the welfare and prosperity of its people.-Translated by Kuwait Times from Al-Jarida

Across Mideast, goodbyes to Istanbul dead 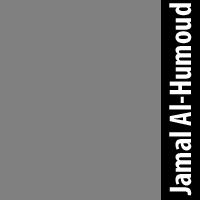