KUWAIT: A steady exodus of expatriates that began prior to the coronavirus pandemic has picked up steam in recent months. As many as half a million expatriates may have left the country in the last 12 to 18 months, and many more are now looking at returning to their home countries. The exodus is fueled by expanded Kuwait government efforts to reduce the numbers of expatriates working in the public sector as a way to make vacancies available for Kuwaiti citizens. Many are also victims of private sector closures caused by the global pandemic and the downturn in business activity in Kuwait.

A large construction company terminated at least 40 percent of its employees, leaving only those in key positions and essential workers. “I was terminated in October. The company said they decided to terminate many of our colleagues including myself because no contracts are being signed for new projects, plus many of our projects are on hold,” said Berto, a Filipino mechanical engineer. “The company promised to hire us again if things get better. The company told us we can transfer our residencies. We are also allowed to maintain our visas as we search for work. All indemnities and fees agreed upon by the company will be paid accordingly,” he said.

Half a million
According to Annahar daily, as of July 2019, the Public Authority for Civil Information (PACI) reported the total population of Kuwait reached 4.82 million – 3.40 million expatriates and 1.42 million Kuwaiti citizens. But after only a year amid the coronavirus pandemic, the population of Kuwait declined to 4.29 million, according to United Nations data. The UN estimated Kuwait’s population as of July 1, 2020 at 4,270,571. If the figures are correct, more than half a million expats might have left Kuwait.

A report published last week in Al-Rai seems to support that argument – it revealed that the number of expats, which was about 3.3 million before the outbreak of the coronavirus pandemic, has dwindled to just 2.65 million. Official sources cited in the report said that the residences of at least 147,000 expats have expired during the pandemic and tens of thousands of expats departed for their home countries. The sources added that as many as 365,000 expats who have valid residence permits in the country, are currently living abroad, adding that 132,000 expats are living illegally in the country.

‘Waste of time’
Berto tried several times to apply for a new job, but he said it’s a waste of time and effort. “I cannot accept the salary offered to me. I cannot survive on it and my family will suffer eventually. So it’s better to leave Kuwait so that I can plan for a better future. I don’t know when this pandemic will end, but I have a family to feed and I don’t want to waste my time here,” he said.

“My wife and I agreed to go back to the Philippines, where I will start a new job or a business like buying and selling online. This is a temporary move during the pandemic, and I will be open to any new opportunity abroad,” he said. Berto’s wife, who is pregnant, works at a private hospital in Kuwait. “My wife is a registered nurse. My decision is always for the good of the family. I will never leave her here even if she is getting a good salary. I should provide for the family, so I need her to be with me and our new baby,” he said.

Charlie Hipayo, a dental technician in Kuwait, said his family is leaving Kuwait soon to migrate to Canada. “We spent 10 years here and want to move to another country. Our migration to Canada is under process and we’ll leave soon,” he said. “My growing family and the pandemic were the main considerations as we contemplated to migrate to Canada. My wife is a registered nurse and I am also working in the medical field. We are still young and were offered a great package deal for migrating to Canada,” he said.

‘Very depressing’
Charlie said he learned many things in Kuwait, especially during the pandemic. “At the onset of the pandemic, I was scared for my family; I thought it was the end of the world. I did not know how to react and how to respond to people’s needs. I read social media posts about suicides by many of our countrymen. Some did not have enough food for the family. Many were unprepared and had no savings, especially during the lockdown. It was a very depressing scenario, not just for Filipinos, but for people of many other nationalities,” he recalled. “We don’t want to experience this anymore.”

Rose Garcia is also leaving Kuwait for good after she finally realized how vulnerable she was as a senior citizen. “I am now 62 – my visa was renewed by my sponsor in July this year for another two years. But what made me decide to go back home for good was the health problem I encountered last month. I contracted the coronavirus and suffered in hospital. I only got a clean bill of health last week. My children in Manila were praying hard for me to survive the virus, and indeed God is great,” she said.

“I agreed with my children that I should go back home to the Philippines. It was an agreement with them that I made when I was in the hospital. I still have residency until the end of 2023, but maybe it’s God’s purpose that I got COVID so I can leave Kuwait,” Rose said. “I have lived in Kuwait for the last 25 years – this is my second home. Kuwait has been very nice to me, but I have to go – my flight is next week,” she added. 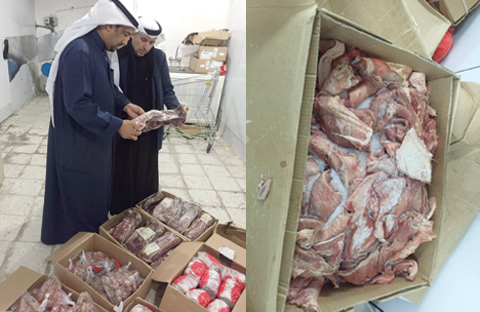 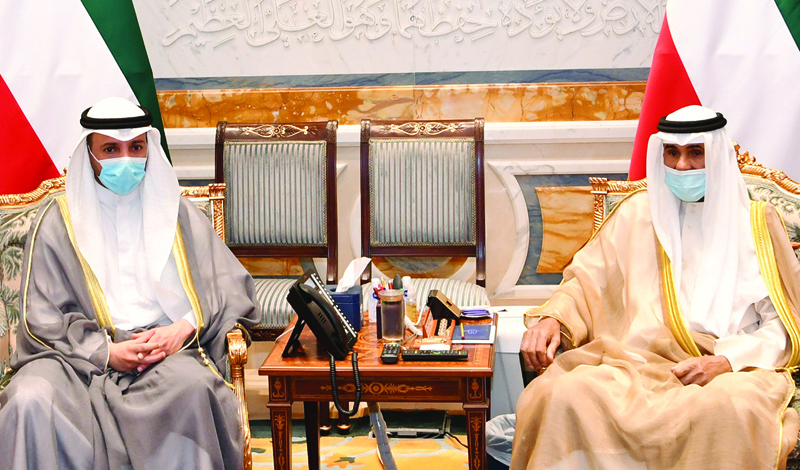