Kuwait society is split into two sides. One side adopted the warning against writing off loans of the public and its danger towards financial security and Kuwait’s future – it is represented by economists and the educated. The second side is represented by some members of the National Assembly, as the financial and economic affairs committee is still holding on to the debt write-off card and is supported by debtors who dream of their loans being dropped.

Both teams have motivations and clear arguments, and the media discussed both sides’ justifications. What we need to know are the unwritten motivations that are usually the main driving force for those leading the struggle. We cannot open the heart of each leader on both sides to find out their true intentions, but we can follow some comments and slips of tongues to attempt discovering these intentions.

Intentions here are linked to an old social struggle within the Kuwaiti structure, a structure that many wrote about, including articles in foreign papers. In Kuwait, there are many classes of society who inherited injustice due to the control of a few groups on the economy. Those limited groups are dealt with by Western politicians and some benefit from them.

Today’s struggle over the issue of dropping debts is part of that old struggle, so if you ask an MP who defends scrapping debts about the secret behind his motives, he will answer with a major question: “If we do not drop debts of borrowers and gain their satisfaction, where will those huge amounts of money go?” This is the core of the problem, as we all know the harm of writing off loans on the country’s economy and its future, and the injustice in it. We, as people, do not need justifications and numbers to realize this; what the Kuwaiti people need to know is where the money the state has kept from debtors will go?

In Kuwait, we have a chamber of commerce and industry that was found in 1956, and its legal status is in doubt according to the administrative structure of the state. The chamber is controlled by a small group of well-known major businesses that are known locally and abroad. This limited group does not wish to submit to the state’s structural system; rather they used democracy sometimes to reach out with their decision-making centers to maintain their influence in the society.

On the other hand, along with the opening of the naturalization door in the ’60s, and what followed in the change of the population structure and parliamentary democracy in Kuwait with new faces who are longing to join in running the state, they consider this their right due to their large number of their supporters. This is the undeclared secret in the issue of loans and other issues to surface later and threaten development issues.

Those who are defending wiping of loans must reconstruct the image according to the new variable – they must ask the Kuwait Chamber of Commerce and Industry to correct its legal status and stay away from monopolizing major tenders in favor of a few businesses, and also cease the war against young economic forces that are out of its group, a war that has frozen Kuwait in the field of development and made it lag behind its Gulf sisters.

On the other hand, those defending the scrapping of loans should know that the struggle should be away from using the country’s capabilities and the security of its future to achieve victory, and that the country is in need of partners in success and not partners in spoils. If they do not realize this, they will be like Samson who demolished the temple on the heads of all.

Kuwait’s leadership knows the secret behind the struggle and must settle the differences, because it will come up in every period and become bigger. If we cannot find a solution for it today, then it may be a catastrophe for all. There are no persons in Kuwait who have favors on Kuwait, as the country is the one having favor towards all. Also, those who built and maintained the country’s unity during hard times and poverty are not like those who came in the time of prosperity.

If everybody realizes the formula of justice, the struggle will end, and the entire Kuwaiti people’s virtue will be maintained and not only of a few of them. Those who came late will be appreciated for their love of the country after admitting the virtue of those who were ahead of them in building the country.

Police search for motive in US shooting 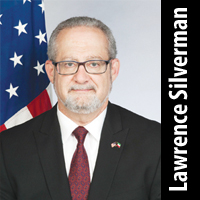 Discover America Week builds upon Amir’s visit to US

It is us first