Polygamy can be found in Arab societies, and in other non-Islamic societies too. Regardless of the social and familial effects of this phenomenon, some men still practice it and some women agree with it. But it remains controversial, and many women and men do not support the idea, although its debate is provocative for women and exciting for men!
Polygamy raises the question: Can a married man who remarries be truly equitable and just to all his wives? Is he ever thinking of their welfare or only aiming to satisfy his desires?

This article seeks to shed light over this case based on two incidents. Newspapers recently published a report from Saudi Arabia that police arrested a woman who poured boiling oil on her husband after he married another woman. The husband appeared in a video wailing with pain after his entire back was scalded. The video circulated on social media and it was said that the attack was by his first wife as a punishment. This incident caused a lot of controversy and created fear in some polygamous men.

The second incident happened a few days ago. I was watching a program on an Arabic channel, and the question was asked to some women if they would accept their husbands taking other wives. Most of the women refused to answer directly, except for one old woman who said her husband had already remarried several times.
The problem here is that when a man wants to marry again, he typically raises the argument that Islam allows polygamy, so he can marry four women without being punished by the law. He will be cheered by other men who fear the reaction of their wives. But these men don’t admit that Islam has set terms and conditions to the process and even reasons, especially as this entails risks and harm to women and their children and their future, in addition to the possibility of violation of their human and financial rights.

The most prominent condition in Islam for polygamy is the ability to do justice between the wives and their children in terms of providing them with all equally with adequate housing, provisions and all that they need, which is almost impossible for many men today, who are struggling with loans, housing debts and schools fees, in addition to feeding one wife, let alone four!

It is unfortunate that some men try to exploit the subject as a solution to the large number of unmarried girls in the society, but there is nothing to ensure the rights of the new wife, because it will depend on the personality of the man and his behavior, so marrying a married man can be risky. The justice that is urged by Islam will be exercised from the perspective of the man and not what Islam demands in order to preserve the dignity of women and maintenance of their future.
Polygamy is still socially unacceptable, although it is religiously accepted, and is a common responsibility between men and women. I personally don’t support this type of marriage and I think that the decision remains in the hands of women. Therefore, I advise women, especially non-Muslim ones, who may agree to marry married men, that they need to think twice as there are no guarantees of protection for them and their children, and they may not be the last ones. 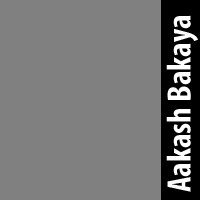