It is a difficult time for Iraq, which is still recovering from crises and problems since 2003, after the fall of the regime of former president Saddam Hussein. During the following years, Iraq witnessed some internal protests, but last week the protests expanded in the province of Basra in southern Iraq to include the provinces of Najaf, Karbala and Babel. The protesters are demanding job opportunities and improvement in living conditions.

The demonstrations swept the streets of the province of Basra, which contains the largest oilfields and ports exporting Iraqi oil. The situation worsened after the death of a demonstrator last Sunday, who was protesting against unemployment and deterioration of the situation in the communal sector.

Iraq since 2003 has succeeded in avoiding a civil conflict for the simple reason that all the Iraqi powers, despite differing agendas and objectives, reject the idea of dividing Iraq and believe in unity. Also, there are many other reasons, including intelligence by these political parties that a civil war could make the situation worse and no one can win it. Another reason that contributed to the agreement of most parties on Iraqi unity is the external threat of ISIS and the war against terror.

I think all these reasons prevented a civil war in Iraq despite the conflicts and militias. Let’s remember that Iraq was affected by the war against terror and suffered damage to its infrastructure. But Iraq is a rich county and the second largest oil producer in the Organization of Petroleum Exporting Countries (OPEC) after Saudi Arabia, with a production capacity of 4.8 million barrels per day. The protesters in Basra prevented access to the port of Umm Qasr, while others stormed Najaf airport. The city is a religious center. Fights later resumed after the withdrawal of demonstrators from the airport.

Dr Saadi Al-Ibrahim is an Iraqi writer who had published a long report in 2016 in the newspaper Al-Quds Al-Arabi entitled “Will Iraq remain unified until 2020?”. The report analyzes the future of Iraq under unstable conditions. The report is long and one of the most prominent observations is of regional conditions, in which he says no one wants to divide Iraq, and the role of the international community towards Iraq since 2003.

I think we should not be surprised that there is a difference of views on the situation in Iraq and its future between powerful forces or demands to improve the situation. The problem here is that political instability is a negative indicator and has important implications on the security and social levels.

The most important question remains: Will the fate of the current Basra protests be like the fate of its predecessors? No one wants that, and it depends on how the Iraqi government deals with the situation in general. I believe that in the Gulf region, we need a strong and stable Iraq because it is a very close neighbor.

But when your neighbor’s house burns, you have to be careful not to be exposed to the fire or the sparks coming from that direction in the event of instability. Kuwait’s interior ministry has raised the alert level on the northern border due to events in southern Iraq. This is a normal procedure and required until the situation calms down. Preserving our internal security is essential. 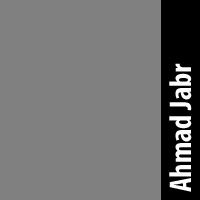 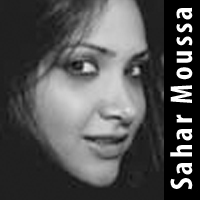 Nostalgic Ramadan traditions: Then and now