BAGHDAD: Thousands of members of Iraq’s Hashed Al-Shaabi paramilitary alliance gathered in Baghdad yesterday to mourn comrades killed in US air strikes along the Syrian border. The American raids early Monday sparked an exchange of fire between pro-Iranian militias and the US-led coalition in eastern Syria, and heightened fears of a new US-Iran escalation amid ongoing efforts to revive Tehran’s 2015 nuclear deal with major powers.

With chants of “vengeance for the martyrs”, the Hashed members massed in Freedom Square near the Iraqi capital’s high-security Green Zone where the US embassy is located. Security forces were deployed in large numbers, sealing off the Green Zone after a string of recent incursions by armed groups backed by Washington’s arch-enemy Tehran. Several high-ranking Hashed figures took part in the symbolic funeral, including its top commander Faleh Al-Fayyadh and Hadi Al-Ameri, head of one of its main factions, the Badr Organization.

Many off the mourners, accompanied by vehicles packed with armed men, wore black and held up signs reading: “Attacks on the Hashed must speed up the withdrawal of American troops from Iraq.” Others carried pictures of the revered Iranian general Qasem Soleimani and Hashed’s former second-in-command Abu Mahdi Al-Muhandis, who were killed in a US drone strike near Baghdad airport early last year.

The Syrian Observatory for Human Rights war monitoring group said Tuesday that nine fighters were killed in the strikes near the Albu Kamal district on the Syrian side of the border, updating an earlier toll after two of the wounded had succumbed to their injuries. The group earlier reported that a weapons store had been destroyed.

‘Strong message’
The Hashed, most of whose commanders are backed by Tehran and which has become the main power broker in Baghdad, said four of its fighters were killed in the Qaim region near the border. The fighters were stationed there to prevent jihadists infiltrating Iraq, the group said, denying they had taken part in any attacks against US interests or personnel and warning they had “the legal right to respond… and hold the perpetrators accountable on Iraqi soil”.

The Pentagon said the strikes targeted operational and weapons storage facilities at two locations in Syria and one in Iraq, all near the common border, that had been used by militias engaged in drone attacks against US interests in Iraq. US forces were subsequently “attacked by multiple rockets” in eastern Syria, but there were no casualties and personnel “conducted counter-battery artillery fire at rocket launching positions”, coalition spokesman Wayne Marotto said on Twitter.

American forces in Iraq, where 2,500 US troops are deployed as part of an international coalition to fight the jihadist Islamic State group, have been targeted in more than 40 attacks this year. Monday’s strikes were the second such deadly raid on pro-Iran targets since US President Joe Biden took office. Secretary of State Antony Blinken declared that the US air strikes on pro-Iran fighters in Iraq and Syria sent a “strong message” not to keep attacking US forces in Iraq. Iraq’s Prime Minister Mustafa Al-Kadhemi condemned the strikes as an “unacceptable violation of Iraqi sovereignty and Iraqi national security” and warned against any escalation. – AFP 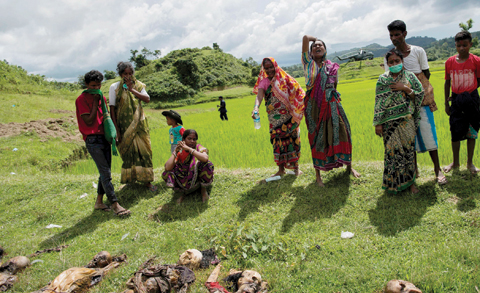 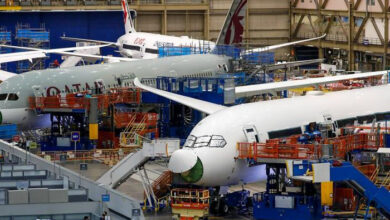 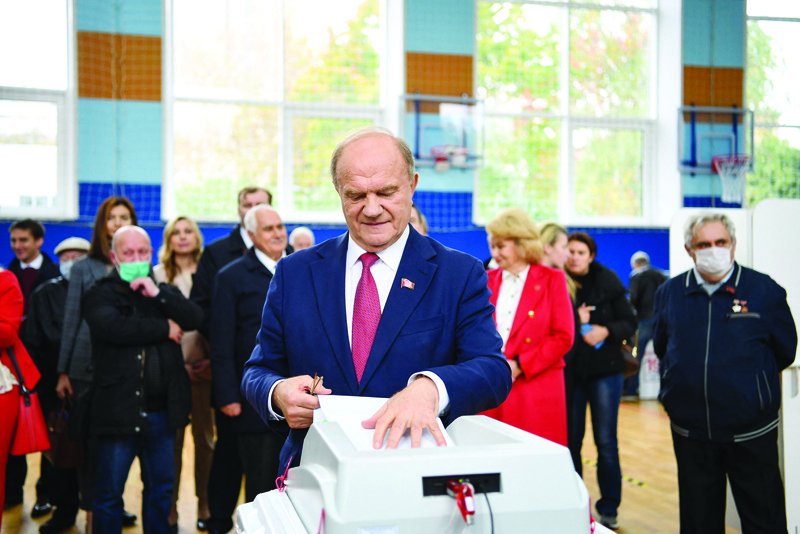