COLOMBO: Sri Lanka’s top defense official resigned yesterday over security failures that led to the deadly Easter bombings, as Catholic churches suspended all services fearing further attacks. Sri Lanka’s government has come under increasing pressure over the revelation it failed to act on intelligence about planned attacks, which claimed nearly 360 lives, and Hemasiri Fernando had been widely expected to step down.

A defense ministry official said Fernando had submitted a letter of resignation to head-of-state Maithripala Sirisena. “He told the president that he was accepting responsibility and resigning so that the president can make a new appointment,” the official said, speaking on condition of anonymity. Indian intelligence shared several specific warnings about attacks with Sri Lankan authorities, an Indian source said, but the information was not given to ministers, in what the government has called a “major” lapse.
Authorities are now in a desperate hunt for suspects linked to the attacks, and police yesterday released the names and photos of three men and three women they want to question. Tensions remain high, with the capital on alert over rumors of fresh bombs, but police said there had been no credible reports of explosive devices. Sri Lanka’s Catholic church nonetheless suspended all public services and closed churches “on the advice of security forces”.

Private burials will still be carried out. Sirisena met with political party leaders on Thursday and announced he would revive a military-police body last used during the country’s fight against Tamil insurgents to coordinate operations after the bombings. In the past, the joint operations command was headed by a senior military figure and included members of the military as well as police and intelligence.

Visa-free plan halted
Security forces using state of emergency powers arrested 16 more suspects overnight, bringing the total in custody to 74. The army, navy and air force poured more than 3,000 additional troops onto the streets to help police. Authorities have banned drone flights and the government suspended plans to implement visa-free travel for tourists from 39 countries-including European Union nations, Australia and the United States-for six months from May 1.
Sri Lanka’s police chief warned on April 11 of possible suicide bombings against churches by local Islamist group National Thowheeth Jama’ath (NTJ), citing information from a foreign intelligence agency. India warned Sri Lanka several times of possible attacks, based on information from suspects arrested in India over links to the Islamic State group, a source close to the Indian investigation told AFP. But that information was not shared with top ministers in Sri Lanka, the Colombo government has conceded.

“It was a major lapse in the sharing of information,” deputy defense minister Ruwan Wijewardene said Wednesday. Sirisena, who is also defense and law and order minister, has pledged to make “major changes in the leadership of the security forces and additional resignations were expected after Fernando’s.
Investigators are still piecing information together about the attacks and those involved, with officials revealing one attacker had studied in Britain and did post-graduate studies in Australia before returning to Sri Lanka. Wijewardene said most were “well-educated and come from middle, upper-middle class families, so they are financially quite independent.”

FBI investigating
Experts say the bombings had many of the hallmarks of the Islamic State group, which has claimed responsibility for the attacks. An FBI team on the ground is helping Sri Lankan authorities investigate. Among the suspects unaccounted for is NTJ leader Zahran Hashim, who appeared to be among eight people seen in a video released Tuesday by IS after it claimed the attacks. Officials said it was still unclear whether Hashim was among the suicide attackers or had escaped.

In all, nine people are believed to have blown themselves up on Sunday, either during attacks or when police attempted to arrest them. Among them were two Muslim brothers, sons of a wealthy Colombo spice trader who is now in custody. The brothers blew themselves up at the Shangri-La and the Cinnamon Grand hotels. The Kingsbury hotel in the capital was also hit, along with three churches. A fourth attack on a hotel failed, authorities said. The would-be attacker was followed back to a Colombo guest house, where he blew himself up, killing two people.

Two more people-a man and a woman-blew themselves up at another location as security forces launched a raid, killing three police, sources said. The attack killed at least 45 children, and dozens of foreigners were among the dead, including Brits, Indians and Americans.–AFP 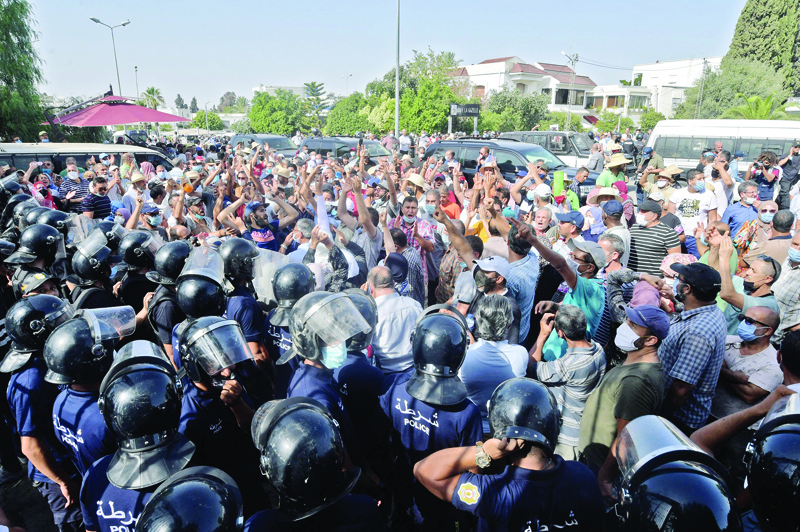 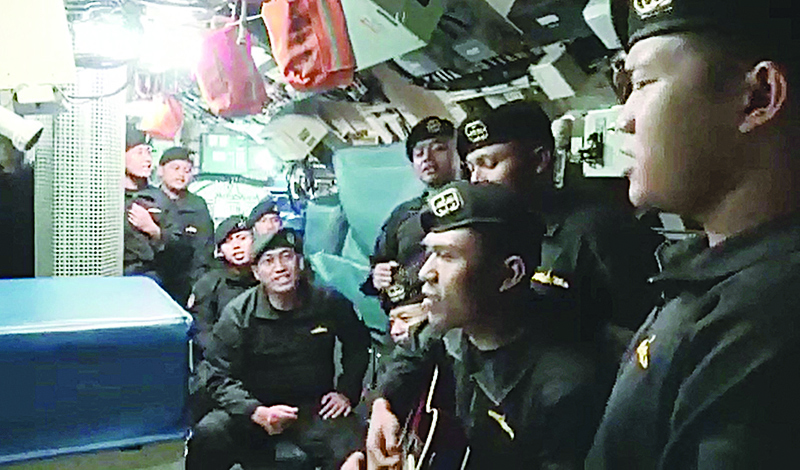 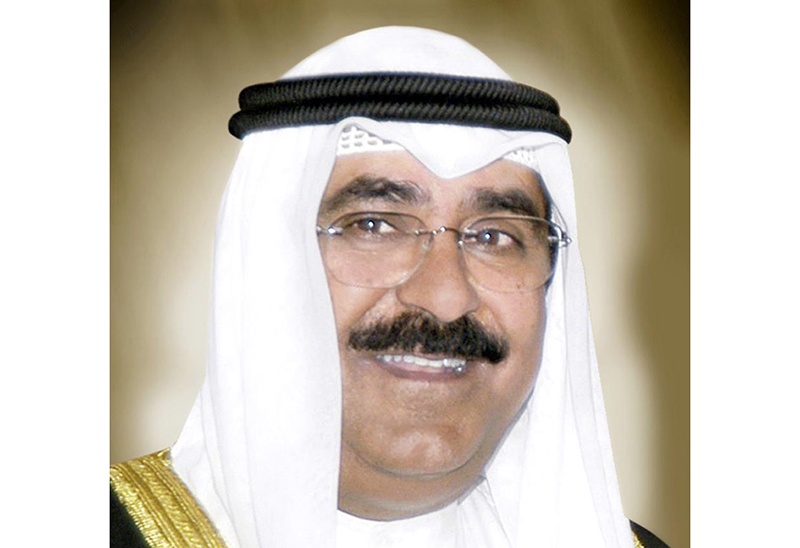