KUWAIT: As trade tensions and political uncertainty cloud prospects all around the world, the Organization for Economic Cooperation and Development released a fairly gloomy report last week regarding its outlook on the global economy. Weakness in the euro area and China are proving more stubborn, while trade growth decelerates severely and the Brexit debacle drags on. The report downgraded almost every “Group of 20” nation’s economy, disappointing hopes that the sources of weakness seen towards the end of 2018 would prove temporary. Growth in Europe was downgraded to 1 percent from 1.8 percent, China’s growth was lowered to 6 percent from 6.2 percent, and for the UK forecast was cut to 0.8 percent from 1.4 percent. Nevertheless, there are some signs that the global economy will soon recover. Trade tensions between the US and China appear to have thawed in recent months, boosting confidence that a truce may be reached soon between the two largest economies.

US trade deficit soars
In a rough setback to US President Donald Trump’s ambitions to reduce the trade imbalance, the US trade deficit rose to $621 billion last year. The figure marks the largest on record since 2008 when the figure hit $709bn. China, who is still engulfed in ongoing negotiations with the US after months of tit-for-tat tariffs, accounts for nearly half that total. Trump’s pledge to protect the US from what he describes as the primary threat to the American economy – the trade deficit – might now prove detrimental to his political vulnerability as he prepares for his 2020 re-election bid. The durable US economy compared to weakness around the globe is a noteworthy factor contributing to the imbalances as consumers in the US buy more from overseas even as struggling foreign counterparts buy less American goods. The continuously strong demand from US consumers seems to have overcome the tariffs imposed by the Trump administration, while the softer demand from abroad has been more affected by retaliatory tariffs on US goods.

Jobs growth comes to a halt
The Department of Labor reported that non-farm payrolls rose just 20,000 – the weakest gain in 17 months – gravely missing the forecast of 180,000 and marks a severe drop from the strong 311,000 jobs added in January. However, the disappointing figure was offset by year-on-year wage growth at 3.4 percent, marking its quickest pace since 2009. Unemployment dipped slightly from 4 percent to 3.8 percent. Average hourly earnings rose 0.4 percent in February after gaining 0.1 percent in January, raising the annual increase in wages to 3.4 percent.The US dollar took a hit following the report, however still remains at an over two-month high.
The US kept interest rates on hold in January and pledged to be patient moving forward, and the figures are unlikely to put the Fed off from its stance as it watches how the domestic economy will handle slowing global growth. Both industrial production and retail sales unexpectedly reported to the downside in both December and January, while the housing sector decelerated.

Equities
Just this past week, we have seen China cut its goal for economic expansion, the BoC cut its expectations for policy tightening, and the OECD lowered its global outlook. The tech industry sent US stocks down while the ECB aided in the drop after delivering a grim economic forecast. The S&P 500 index sank for the fifth consecutive day, initially dragged down by Amazon, Microsoft, Apple and Facebook. In Europe, the Stoxx Europe 600 index sank the most in the month while China’s stock market slumped the most since October.

ECB cuts growth outlook
The European Central Bank’s new outlook for annual GDP growth has been “revised down substantially” as quoted by the president of the ECB, Mario Draghi. On Thursday, the central bank announced it would keep interest rates on hold “until at least the end of this year”. The statement extended the banks previous forecast of holding rates until the summer of 2019 amid concerns regarding Eurozone growth and productivity. GDP projections this year were downgraded harshly to 1.1 percent from a forecast of 1.7 percent just three months ago, and the decision to make a fresh offer of cheap loans to euro-zone banks were both signals as to how concerned ECB policymakers have become. The bank introduced another program to stimulate bank lending in the euro-zone called the “targeted longer-term refinancing operations”, or TLTRO-III, which will begin September of 2019 and end in March of 2021. The loans, which the ECB will provide at cheap rates to banks in the euro area, will provide better credit conditions to customers.

The aim is to stimulate the economy as the third injection of stimulus mimics the mechanism first introduced in 2014 and for the second time in 2016. Inflation forecasts were also cut, with prices now set to undershoot the bank’s 2 percent aim at 1.2 percent this year against a previous forecast of 1.6 percent. The stance follows both the US Federal Reserve and the Bank of England who have also ruled out rate hikes any time soon as global demand wanes. The euro fell to the lowest level since 2017 following the announcement, dropping to 1.1182 against the US dollar and later recovered slightly.

Draghi acknowledged there were still downside risks to the euro-zone economy even with the new policies in place, reflecting the limits of the bank’s ability to fight a climate of political uncertainty over trade and Brexit – both of which are out of the ECB’s hands. The heavily export-dependent economy is struggling to counteract effects of global trade battles and Brexit, aspects which have weighed heavy on the country’s economic performance. Italy is now in recession, and Germany barely avoided a recession at the end of 2018. Nevertheless, officials still hope the slowdown will prove temporary, pinning their hopes on a strong labor market, a slight rise in government spending, and a series of factors affecting the German industry last year that are believed to be impermanent.

Brexit uncertainty
The UK is due to leave the EU on the 29th of March, and with only a few days remaining negotiations are proving tough. Prime Minister Theresa May will now have another go at getting her deal through parliament on March 12th, which would have to reverse the historic record defeat of 200 votes in January. She will now seek legally-enforceable changes to the backstop – the controversial policy designed to prevent physical checks on the border between Northern Ireland and the Republic of Ireland. Leading Brexiteers want insurance that the backstop will not endure indefinitely as it would see the UK aligned with EU customs until alternative arrangements worked out.

Looking forward, if the vote next week is rejected a choice will then have to be made on whether to leave the EU without a deal or to defer the exit date. Such an extension to the Article 50 process would need unanimous approval of the EU. The Sterling has continuously struggled since the 2016 Brexit vote, and is down more than 11 percent since then.

Canada’s weaker first half
As Canada experiences a sudden and dramatic slowdown in the country’s economic growth at the end of 2018, policymakers have re-thought their case for further monetary tightening. On Wednesday, the BoC held its benchmark rate steady as widely expected at a 10-year high of 1.75 percent. Trade tensions and uncertainty have taken a toll on confidence and economic activity as data last week showed the Canadian economy came near to a halt in the fourth quarter of 2018. GDP rose just 0.4 percent on an annualized basis, signaling the weakest pace of growth in three years and is a dramatic descent from the 2 percent and 2.9 percent expansions recorded respectively in the previous two quarters. In its statement the central bank said it now expects growth for the first half of 2019 to be weaker than expected due to the frail data.
Lower oil prices, slowing household consumption and weaker investment spending are all aspects that pushed the economy to a near halt during the last 3 months of 2018. Canada saw a record trade deficit in December of 2018, almost entirely due to a collapse in crude oil prices. The trade deficit hit a record $3.44 billion in December from $1.5 billion in November, far exceeding economists’ expectations. Exports dropped by 3.8 percent – though are essentially unchanged excluding energy products – and imports rose by 1.6 percent. Household spending slowed for the second consecutive quarter, rising 0.2 percent compared with the 0.3 percent seen in the prior three months to September. The USD/CAD rallied to a nine-week high on Thursday after the ECB’s announcement as investors rushed to the USD for safety.

RBA battles growth slowdown
Australia’s economy has experienced one of the longest periods of growth without recession in the developed world. This is mainly due to its high rates of population growth and plentiful mineral resources. Currently, it is battling slower growth in China, its biggest trading partner, and a domestic housing downturn. Due to tight credit conditions and lack of affordability, house prices have fallen 10 percent in Sydney and 9 percent in Melbourne over the past 12 months. On Tuesday, the Reserve Bank of Australia held rates steady at 1.5 percent, while leaving open the possibility to rate cuts due to the current challenges facing the economy. The governor of the RBA rung a more optimistic tone in his speech, claiming the labor market is doing well as the unemployment rate of 5 percent was at its lowest in a long time. The Australian dollar is down roughly 10 percent the past 12 months.

Chinese trade data
China’s General Administration of Customs reported exports had tumbled 20.7 percent from a year earlier in February, a sharp contrast to January’s figure of a jump in exports by 9.1 percent and far-off expectations of a 4.8 percent decline. However, January’s data was ramped up due to the holiday season and after averaging both months’ data to smooth holiday fluctuations; we still see a drop in shipments of about 5 percent. Uncertainty from the trade war and seasonal factory shutdowns have weighed on the already weakening economy.

Two of China’s major trading partners – the euro-zone and Japan – signaled further weakness ahead as manufacturing PMIs for the euro-zone disappoint and Japan signaling contraction in February. Major Chinese stocks saw their biggest one-day fall since October. Asian equities were pressured from both the policy shift from the European Central Bank and the disappointing export reports from China. On Friday, the CSI 300 finished the day 3.97 percent lower while Hong Kong’s Hang Seng index fell 2 percent.

Commodities
Oil prices fell on Friday after the ECB delivered a warning on economic weakness as US crude output and exports reach new records, undermining efforts by OPEC to tighten global market supply. The overall slowdown in global economic growth is also likely to stall fuel demand and pressure prices. Looking at the supply aspect, prices have been receiving support from output cuts led by OPEC and some non-affiliated producers such as Russia. The total amount pledged to be withheld is around 1.2m bpd of supply to help prop up prices and tighten markets.

Yet, these efforts have been dented by a record US crude oil production which has increased by more than 2m bpd since early 2018. This makes America currently the world’s biggest producer following Russia and Saudi Arabia and surpassing OPEC members like the UAE, Kuwait, and Iran. Oil prices have since recovered from their end of 2018 lows. Year to date, Brent crude and the West Texas Intermediate are both up around 21 percent. 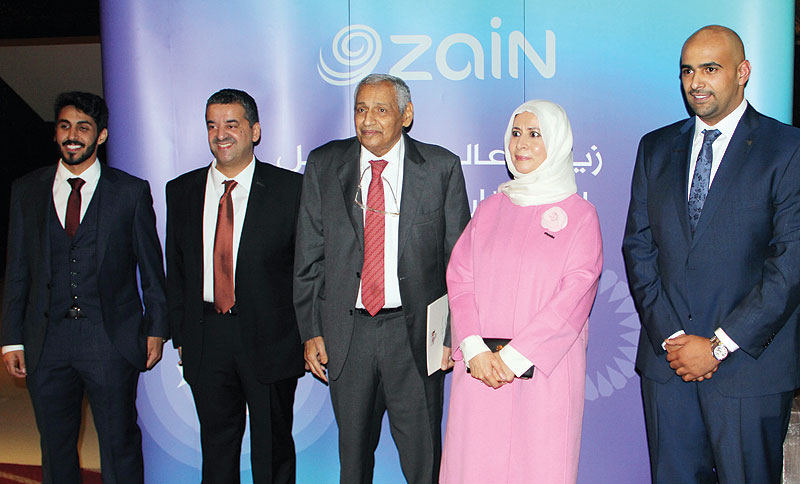 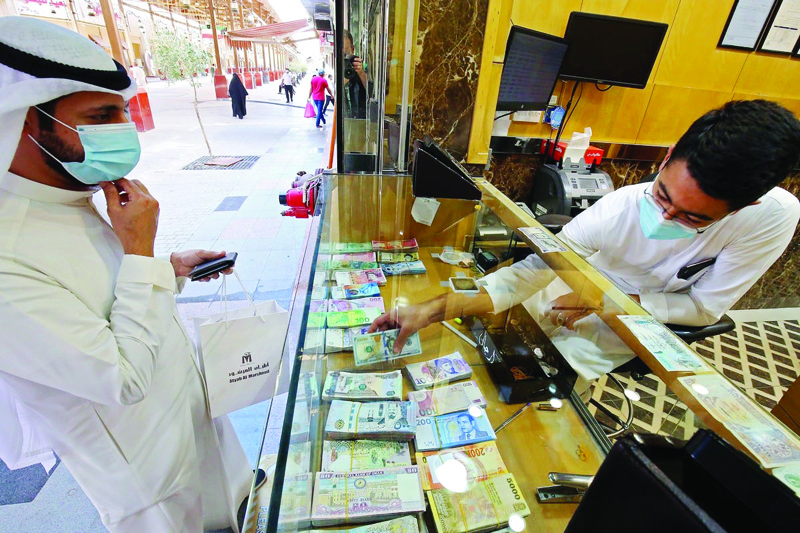 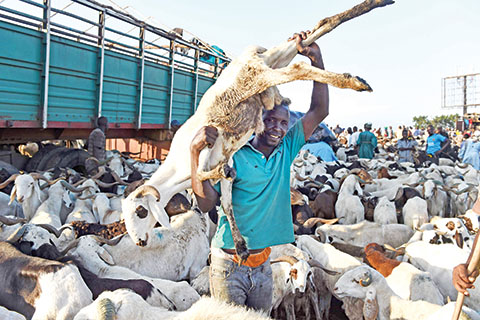 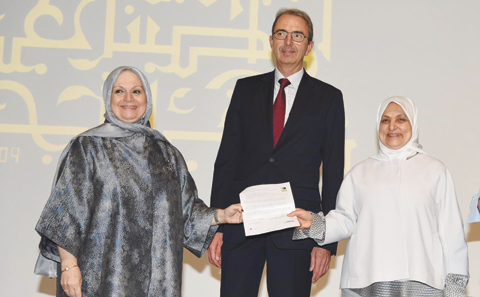