CLEVELAND: There’ll be no handshake, but venom to spare when President Donald Trump and challenger Joe Biden meet in Cleveland today for the first of three televised debates that could shake up an already volatile race for the White House. Covid-19 restrictions will give the debate moderated by Fox News star Chris Wallace a streamlined look with a smaller audience.

Naturally, there won’t be the once standard — even if occasionally forced — show of goodwill in shaking hands as the rivals go on stage. What the 90-minute clash will have is a chance for Americans finally to see Trump, 74, and Biden, 77, go head to head. With Trump claiming Biden is virtually brain dead — “Biden doesn’t know he’s alive” — and Biden branding the president “a toxic presence,” it won’t be for the faint hearted.

Significantly behind in the polls, Trump is in fighting mode, embarking on an endurance-testing schedule of rallies in key battlegrounds several times a week. Biden, though, comes hoping to press his advantage. And he arrives aided by The New York Times’ publication of a report purporting to reveal the contents of Trump’s deeply secret tax returns — finding that the self-proclaimed billionaire and champion of the working class avoids paying almost all federal income taxes.

Hard and low
Trump, who fancies his skills as a verbal pugilist, is expected to hit hard and low. For months he has painted Biden as senile. As the debate approached he increasingly focused on his claim that Biden takes performance enhancing drugs.
Biden has laughed off the suggestion, but Trump, a past master at getting slurs to stick to his opponents, is doubling down. “Joe Biden just announced that he will not agree to a Drug Test. Gee, I wonder why?” Trump tweeted Monday.

Biden’s deputy campaign manager Kate Bedingfield responded in kind, saying that if Trump wants the debate to be conducted through “urine” samples, “he can.” Trump, arguably, has little to lose. His hardcore support is already baked in and Americans are by now almost incapable of feeling shocked by his convention-wrecking style. He also goes to Cleveland with what he hopes will be his own silver bullet — the nomination of conservative judge Amy Coney Barrett to replace the late liberal icon Ruth Bader Ginsburg on the Supreme Court.

If Barrett is quickly confirmed, as the Republican-led Senate expects, Trump will have managed to tilt the highest court firmly to the right for years to come. Democrats are crying foul over the rushed timing on the eve of an election, but Trump expects the power play to energize many conservatives.

Blue collar boast
The president is sure to go heavy on previous claims that Biden’s son was involved in corruption in Ukraine. Last year Trump was impeached for using the power of his office to try and pressure the Ukrainian government into publicly backing that theory. Biden, as frontrunner, wants to stay steady, but he has a reputation for losing his cool when challenged in public. “I hope I don’t get baited into a brawl with this guy, because that’s the only place he’s comfortable,” he said.

Biden will instead aim to keep his sights trained on the coronavirus pandemic, which polls show about two thirds of Americans say Trump handled badly. He will also shoot back at the filling of the Supreme Court seat, saying that Trump’s plan is for the court to restrict abortion and reverse the Obamacare health program — two areas that could worry swing voters. But the most fiery moments may come when Biden himself gets personal, painting Trump as a spoiled playboy who only poses as a friend of the white working class that helped him get elected in 2016.

Biden, who spent his early childhood in the rough-edged town of Scranton, Pennsylvania, is increasingly mocking Trump’s glitzy New York roots, calling it a “Scranton vs Park Avenue” election. Trump points out that Biden only lived in Scranton as a young boy and spent most of his life in Congress. But the Times report on the president’s ability to avoid almost all federal income taxes will give Biden a trove of new ammunition. Meanwhile, Donald Trump’s former campaign manager Brad Parscale had 10 guns in his Florida home and his wife accused him of beating her, police said Monday, after he was dramatically detained outside his house.

Parscale allegedly hit his wife, loaded a pistol and threatened to commit suicide during an argument on Sunday, a police report about the incident in Fort Lauderdale, 50 kilometers (30 miles) north of Miami. Parscale was fired as campaign manager when Trump was sinking in the polls in July, just four months before the November election. In a police bodycam video, Parscale’s wife, Candice, is seen outside the house in a bikini and towel telling police he was “acting crazy” and had loaded a handgun.

“I saw him open the blinds in the front yard and he closed them and I heard what I thought was a gunshot,” she said. The footage showed Parscale, 44, later emerging from the house, shirtless and holding a beer can. He was tackled by armed police, knocked to the ground and restrained in handcuffs as he repeatedly said “I didn’t do anything.” The police report said he appeared to be drunk and quoted Candice Parscale, 41, as saying her husband had turned violent in recent weeks.

“I noticed several large sized contusions on both of her arms, her cheek and forehead,” wrote detective Steven Smith in the report. “When I asked how she received the bruising, (she) stated Brad Parscale hits her.” The fired campaign chief was reported to have two shotguns, two rifles and six handguns on the property. He was committed to a mental health facility for evaluation. He was demoted shortly after a Trump campaign rally in Tulsa, Oklahoma that was widely panned for its poor attendance. He remained a senior member of the campaign team. – AFP

HH the Amir passes away

Lagarde's peace at risk as ECB splits over virus response 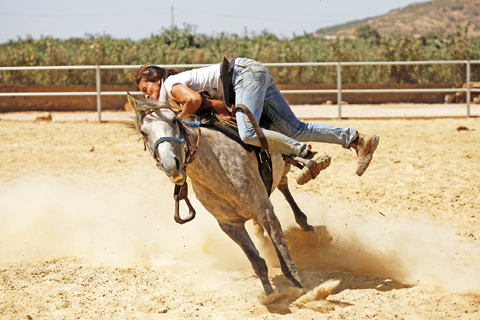 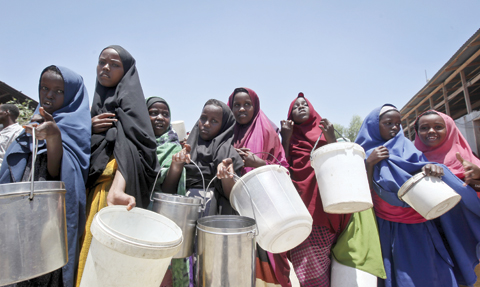 110 people die of hunger in Somalia 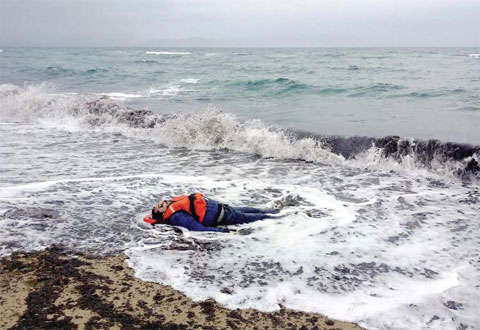 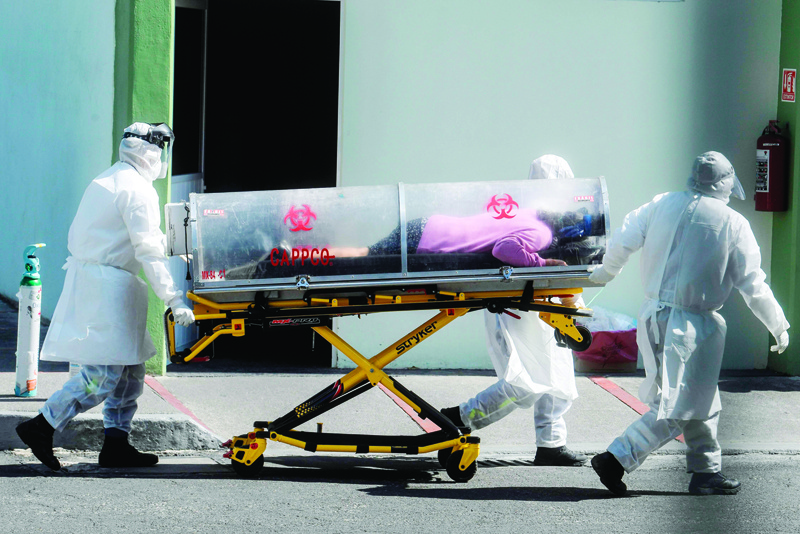