WASHINGTON: US President Donald Trump on Tuesday marked Christmas with a renewed attack on the central bank over plunging stocks, as he aired a catalogue of grievances in a downbeat gathering at the Oval Office. High on the laundry list was the Democrats, whom he blamed for a partial government shutdown which dragged into its fourth day-paralyzing key federal services such as national parks-with no end in sight.

Trump on Tuesday expressed confidence in Treasury Secretary Steven Mnuchin amid worries over a weakening economy and a stock market slump, but repeated his criticism of the US Federal Reserve, saying it has raised interest rates too quickly. Speaking to reporters in the Oval Office after a Christmas video conference with US troops deployed abroad, Trump also said US companies were “the greatest in the world” and presented a “tremendous” buying opportunity.

Asked if he has confidence in Mnuchin, Trump said: “Yes, I do. Very talented guy. Very smart person,” he said. His comments came after Mnuchin on Monday held a conference call with US regulators to discuss plunging US stock markets.

The call did more to rattle markets than to assure them. All three major US stock indexes ended down more than 2 percent on the day before the Christmas holiday. The S&P 500 has lost about 19.8 percent from its Sept. 20 closing high, just shy of the 20 percent threshold that commonly defines a bear market.

Trump denounced opposition lawmakers for denying him funding for his southern border wall and denounced them as hypocrites for criticizing his firing of FBI chief James Comey. “It’s a disgrace what’s happening in our country. But other than that, I wish everybody a very Merry Christmas,” the president said as he fielded reporters’ questions after talking with members of the armed forces. With the stock market on track for its worst December since the Great Depression, Trump berated the Federal Reserve for its stewardship of the economy, a regular recent complaint.

“They’re raising interest rates too fast because they think the economy is so good but I think that they will get it pretty soon, I really do,” Trump said.

His comments came after Asian markets suffered a holiday rout, with Tokyo suffering its worst finish since April 2017 after a brutal run on Wall Street that saw US stocks sink for a fourth straight session.

Markets have been roiled by ongoing uncertainty in the US, with Treasury Secretary Stephen Mnuchin berated for holding a call with the six biggest US banks and then reporting on Twitter that the six CEOs have “ample liquidity” available. Investors were also unnerved by weekend news reports that Trump had asked about the possibility of firing Federal Reserve Chairman Jerome Powell, accounts that Mnuchin said Trump has denied.

Asked by reporters whether he had confidence in Mnuchin, Trump answered “yes I do,” calling the treasury chief a “very talented, very smart person.”

The stock market malaise comes with Trump refusing to sign a budget bill to keep the government funded as he demands $5 billion for a US-Mexico border wall-a pillar of his election platform.

Trump acknowledged the impasse has no foreseeable end date, telling reporters he couldn’t say when the government would fully reopen. “I can tell you it’s not going to be open until we have a wall, a fence, whatever they’d like to call it,” he said. Trump reaffirmed his claim on Twitter Monday that he had approved a contract for the construction of 115 miles (185 kilometers) of wall in Texas, although the White House has not offered any details on the project.

He said he would visit that stretch of the border “at the end of January for the start of construction.” Home alone The president said he aimed to have a “renovated or brand new” barrier stretching up to 550 miles across the 2,000-mile border by Election Day 2020, without explaining how it was going to be paid for.

Sections of fencing have been repaired along the US-Mexico border but no new wall has been built, and top Senate Democrat Chuck Schumer said over the weekend the president “must abandon the wall, plain and simple” to reopen the government. Trump ended the Oval Office exchange by railing against the Democrats and Comey, whom he sacked as FBI director in May 2017 — a move he later said stemmed from frustration over the federal investigation into possible ties between the Trump campaign Russian interference in the 2016 US vote. Trump had already set an unfestive holiday tone in a Christmas Eve tweetstorm in which he expounded on the shutdown and his controversial withdrawal of US troops from Syria, launching another attack on the Federal Reserve. – AFP 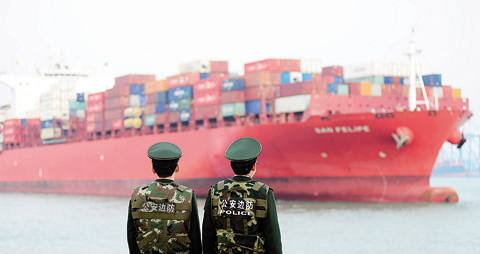 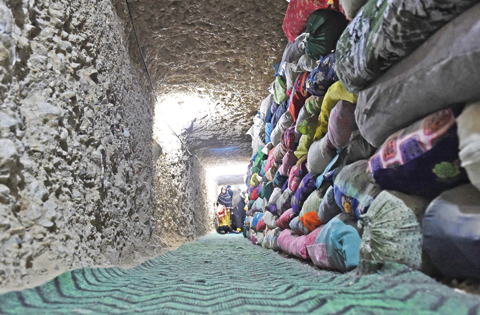 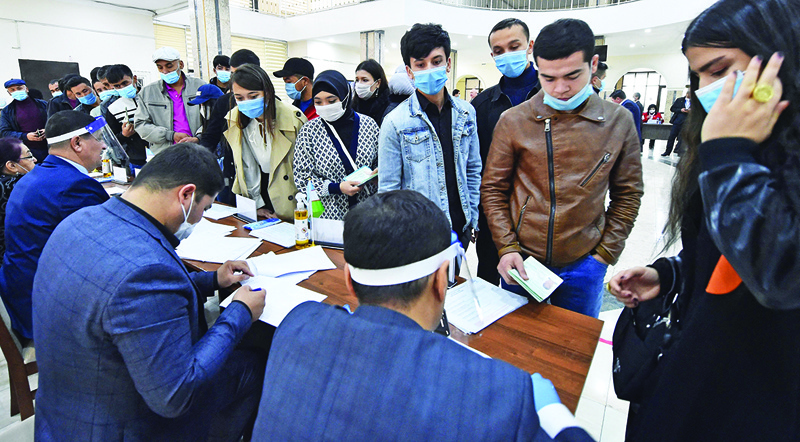 Uzbek leader set to win with no real opposition 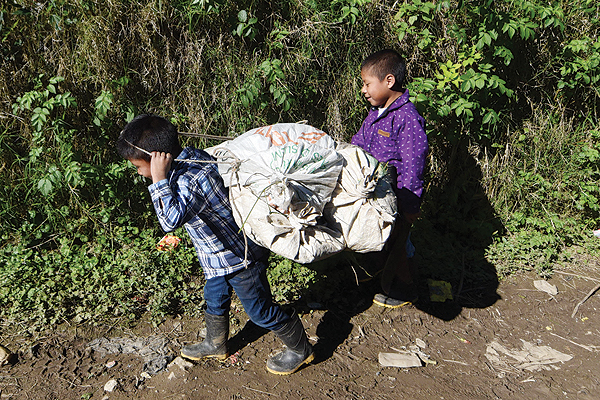 Deaths highlight children’s plight in migrant surge to US