WASHINGTON: Donald Trump fired Defense Secretary Mark Esper on Monday, further unsettling a government facing uncertainty over the US president’s refusal to concede election defeat to Democrat Joe Biden. Coming with just 10 weeks left in his White House tenure, the move heightened concerns that Trump might take aim at other national security officials with whom he has expressed disappointment.

According to multiple reports, he is also believed to be considering dismissing FBI Director Chris Wray and CIA Director Gina Haspel, angered that they did not support his battle for reelection. The Washington Post reported that Trump had already removed the official in charge of the program that produces the government’s climate change reports, a move that would allow him to be replaced by someone with views closer to Trump’s skepticism about global warming.

Esper’s firing drew warnings from senior politicians and former officials to not further destabilize the government. Senator Mark Warner, the senior Democrat on the Senate Intelligence Committee, said he was “deeply troubled” by Esper’s removal. “The last thing that our country needs is additional upheaval in the institutions designed to protect our national security,” Warner said in a statement.

“President Trump must not invite further volatility by removing any Senate-confirmed intelligence or national security officials during his time left in office,” he said. Retired admiral James Stavridis, the former NATO supreme allied commander, said that Trump is “playing with fire with our nation’s security”. “If Trump moves on to fire the head of the CIA and the head of the FBI, both true professionals and patriots, we are going to be in uncharted waters for the next 90 days,” Stavridis wrote on Twitter.

Below the radar
Esper was Trump’s fourth defense chief in four years, and his removal capped a stormy relationship between the Pentagon and the president. Like his predecessors, Esper, 56, sought to fly below the political radar to avoid Trump’s ire. But they ultimately collided over White House pressure to deploy federal troops to quash civil unrest, and Trump’s desire for a rapid withdrawal of US troops from Afghanistan before the defense establishment felt it was safe. “Mark Esper has been terminated,” Trump declared abruptly on Twitter Monday. “I would like to thank him for his service.”

A West Point classmate of Secretary of State Mike Pompeo, Esper worked for years in the defense industry before joining the Pentagon as army secretary in 2017. He became defense secretary in July 2019, and pursued fundamental reforms to the massive Pentagon bureaucracy and sought to reshape the US global defense posture to focus on China.

Esper accommodated some of Trump’s wishes, launching a separate Space Command and, when Congress would not fund it, moving billions of dollars from weapons and base maintenance programs for construction of a wall on the US-Mexico border to block illegal immigrants. He also sharply cut US forces in Syria as Trump sought to live up to his 2016 election pledge to bring back troops from overseas.

‘Preserving my integrity’
But even as he skirted controversy, Esper could not avoid colliding with the commander in chief. After sometimes violent anti-racism protests spread across the country following the May police killing of George Floyd in Minneapolis, Trump sought support from the Pentagon for deploying regular troops. Both Esper and Joint Chiefs Chairman General Mark Milley made clear they disagreed with the idea, reportedly infuriating Trump, who later publicly demeaned the Pentagon chief as “Yesper”.

More tension came in June when Trump announced, reportedly without informing Esper, that he would halve the number of US troops in Germany. And then, Trump pressed for a faster drawdown of US forces from Afghanistan than originally planned after the Feb 29 US-Taleban peace deal. Esper quietly but stiffly pushed back, insisting that the level will stay at 4,500 troops after this month, until the Taliban follow through on pledged reductions in violence.

In an interview last week with Military Times that was held in anticipation of his removal, Esper said he had defended the Pentagon as an institution while “preserving my integrity in the process”. “Name another cabinet secretary that’s pushed back,” he said. Trump named Christopher Miller, head of the National Counterterrorism Center, as acting defense secretary. Miller is a retired 31-year army veteran who deployed in Afghanistan in 2001 and Iraq in 2003 with the special forces, was Trump’s White House advisor on counterterrorism, and served as deputy assistant secretary of defense for special operations from Jan to Aug 2020. – AFP 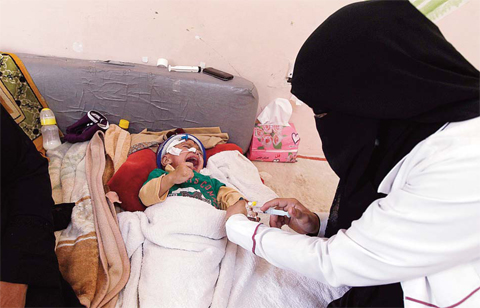 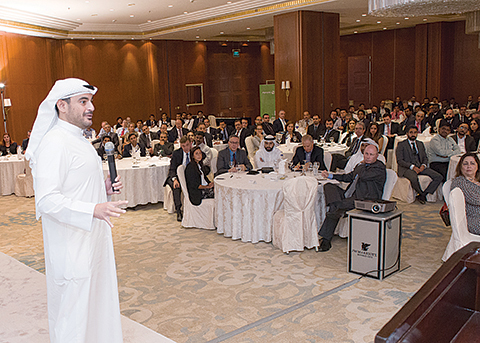 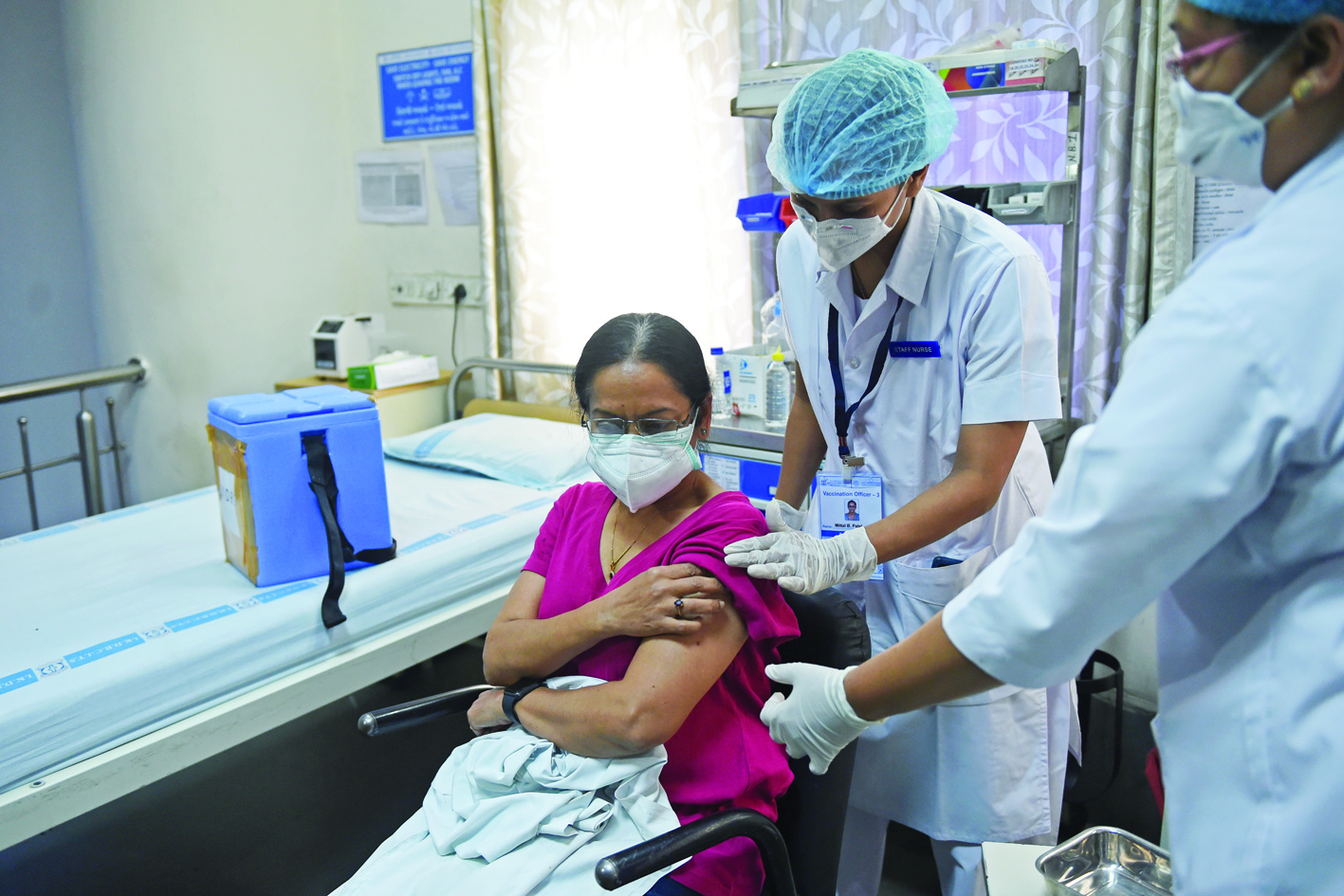 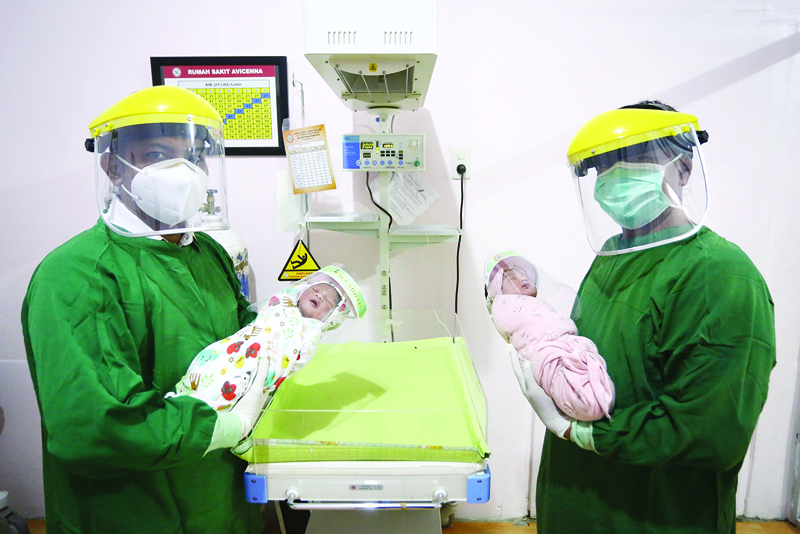 Heartbreak, struggle, fear for staff on the COVID-19 frontline