WASHINGTON: President Donald Trump began his final full day in the White House yesterday with a long list of possible pardons to dish out before snubbing his successor Joe Biden’s inauguration and leaving for Florida. Today at noon, Biden will be sworn in and the Trump presidency will end, turning the page on some of the most disruptive, divisive years the United States has seen since the 1960s. Biden, a veteran Democratic senator who also served as vice president to Barack Obama, was set to travel to Washington yesterday with his wife Dr Jill Biden from their hometown of Wilmington, Delaware.

Together with incoming vice president Kamala Harris-the first woman ever to hold the job-Biden was due to deliver an evening address on the COVID-19 crisis, from the Lincoln Memorial Reflecting Pool. By contrast, Trump has remained uncharacteristically silent as the clock ticks down to his departure to a new life in his Mar-a-Lago golf club residence in Palm Beach. Banned by Twitter for his stream of inflammatory messages and misinformation, he has largely stopped communicating with the nation. He has also yet to congratulate Biden or invite him for the traditional pre-inauguration cup of tea in the Oval Office.

Instead, Trump has spent his time meeting with a dwindling circle of loyalists who backed him during a doomed, two-month effort to overturn the results of the November election. That effort culminated on January 6 with Trump encouraging a crowd to march on Congress. After the crowd broke through police, killing one officer, and trashed the hallowed Capitol building, Trump was impeached for the second time in just over a year-another first in a presidency of many firsts.

His final Gallup poll as president on Monday showed him exiting with 34 percent approval, his record low. Trump’s overall average of 41 percent since taking office is also the lowest for any presidency’s approval rating since Gallup began measuring in 1938. Biden, meanwhile, is putting the finishing touches to an inauguration that will feature a small crowd and massive security-more fallout from the pro-Trump riot, on top of existing concerns about COVID-19.

Pardons
Trump issued a scattering of last-minute orders on Monday, most notably a lifting of the travel bans imposed because of the coronavirus on most of Europe and Brazil. Under Trump’s order, borders were to have reopened from January 26, almost a week after he leaves office. Responding almost immediately, Biden’s spokeswoman Jen Psaki said the measure would not stand. For Trump, the main piece of unfinished business is now the expected slew of pardons that he is reported to be preparing.

Be passionate
Meanwhile, First Lady Melania Trump released a farewell message Monday as she prepares to leave the White House, saying that “violence is never the answer,” weeks after the president’s supporters stormed the US Capitol. In a formal, six-minute speech recorded on video, she made only a fleeting reference to her husband as she paid tribute to military families, pandemic health workers and those helping victims of opioid abuse. “The past four years have been unforgettable,” the First Lady said. “As Donald and I conclude our time in the White House, I think of all of the people I have taken home in my heart and their incredible stories of love, patriotism and determination.”

“Be passionate in everything you do. But always remember that violence is never the answer, and will never be justified,” she said. “When I came to the White House, I reflected on the responsibility I have always felt as a mother to encourage, give strength and teach values of kindness.”

The Trumps’ departure has been fractious, with the president refusing for months to accept the election result due to false allegations of fraud, and declining to congratulate his successor Joe Biden. The outgoing president and his wife have also not invited Biden and his wife Jill for the traditional tea visit in the Oval Office, and will not attend Biden’s presidential inauguration today.

“The promise of this nation belongs to all of us who do not lose sight of our integrity and values, use every opportunity to show consideration for another person, and build good habits into our daily lives,” Melania Trump, 50, said. President Donald Trump has been largely out of the public eye since his supporters rampaged through Congress on January 6, triggering his historic second impeachment a week later. – AFP

Biden's top diplomat vows US will lead but restore alliances 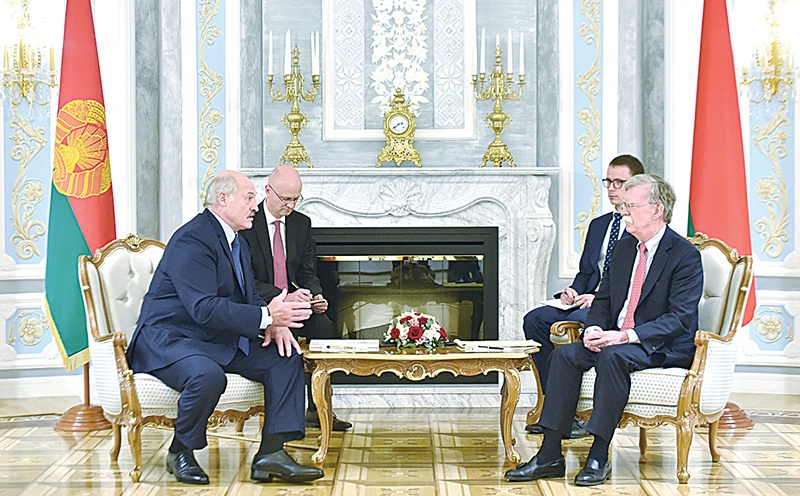 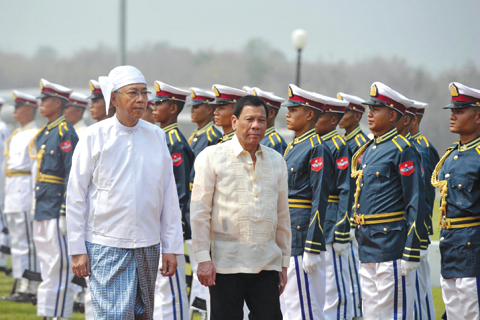 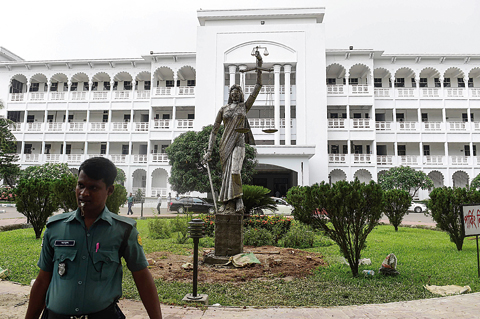 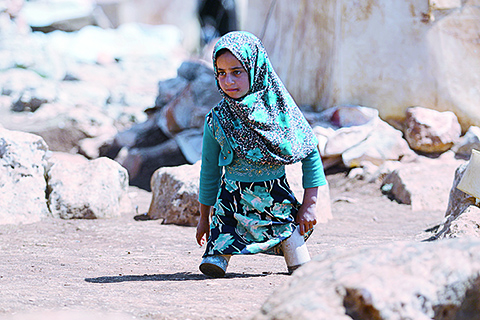