WASHINGTON: Americans headed to the polls yesterday for a pivotal midterm election seen as a referendum on the first two years of the volatile presidency of Donald Trump. With control of Congress at stake, all eyes are on several dozen close House and Senate races that will decide if Democrats or Republicans control the legislative bodies. All 435 seats in the House of Representatives, 35 seats in the 100-member Senate and 36 governorships are up for grabs as Americans in all 50 states cast their ballots.

Democrats need a net gain of 23 seats to take control of the House for the first time since the Tea Party wave of 2010 and the latest polls give them a good chance to do so. Republicans enjoy a slim 51-49 edge in the Senate and are favored to hang on to their majority since Democrats are defending 26 seats on Tuesday and the Republicans only nine. But with memories still fresh of Trump’s upset victory of Hillary Clinton in the 2016 presidential race much uncertainty remains.

Both parties have pulled out all the stops to drive voters to the polls and Trump embarked on a bruising schedule of election rallies over the past few weeks. “The midterm elections used to be, like, boring,” Trump said at a raucous rally Monday in Cleveland, Ohio. “Now it’s like the hottest thing.” Early voting totals would appear to support this. According to Michael McDonald of the US Elections Project, 38.4 million Americans cast their ballots early compared with 27.4 million in the 2014 midterm election.

Voting in Miami, Eloisa Alvarez said this election was “super important”. “I think, like the TV stations have been saying, it’s a referendum on the Trump presidency,” Alvarez said. Casting his ballot in Chicago, James Gerlock, 27, a Republican, said he wanted to see continued economic growth under Trump. “I am extremely happy with the economy,” Gerlock said. “I just love the deregulation and I just want to keep everything moving, because I’m loving it.”

‘Today, we say enough’
Trump has boasted about the economy and hammered away at illegal immigration in the closing days of the campaign as he seeks to hold onto a majority in Congress and push his legislative agenda. He accused Democrats on Monday of seeking to make America “a giant sanctuary city for drug dealers, predators and bloodthirsty MS-13 killers”. Democrats have denounced Trump for what they called fear-mongering and decried his deployment of active duty troops to the southern border with Mexico as a “political stunt.”

Beto O’Rourke, a Democratic candidate in Texas seeking to unseat Republican Senator Ted Cruz, said the state is one of “immigrants, asylum seekers and refugees”. “This is our source of strength,” O’Rourke said as he cast his ballot in El Paso. “No one from outside can stir paranoia or fear that can change that.” The O’Rourke-Cruz race is one of a half-dozen Senate contests that are being closely watched to determine control of the chamber. Other tight Senate races are in Arizona, Florida, Indiana, Missouri, Montana, Nevada, North Dakota, Tennessee and West Virginia.

Hillary Clinton urged her 23.6 million followers on Twitter to get out and vote. “For the past two years, we’ve watched this administration attack and undermine our democratic institutions and values,” Clinton said. “Today, we say enough.” “But we won’t just vote against radicalism, bigotry and corruption today,” she said. “We’ll vote for fantastic candidates all over the country – including a historic number of women – who want to raise wages, fight for justice, and help more people get health care.”

One such race involving a woman is seen as a potential bellwether for how the day may go. Democrat Amy McGrath, a former Marine Corps fighter pilot, is running neck-and-neck against Republican Andy Barr in a House race in Kentucky, a state Trump won by 30 points.

‘Win, win, win’
The first results from the day’s contests were expected to trickle in after the first polls close around 6:00 pm Eastern time (2300 GMT). Trump has vowed to his supporters at every rally they will “win, win, win.” But as he visited Indiana on Monday he conceded the House may slip from his party’s grasp. “We’ll just have to work a little bit differently,” he told reporters when asked how he’d live with a Democrat-controlled lower chamber.

The party of a first-term president tends to lose congressional seats in off-year elections and Trump’s heated rhetoric has made even some Republicans jittery. A Florida man and ardent Trump supporter was charged recently with sending homemade bombs to more than a dozen senior Democrats and other high profile opponents of the president. Days later, a gunman walked into a Pittsburgh synagogue and shot 11 worshippers dead.

Besides the House and Senate races, there are two contests for governor which are drawing particular attention. In Georgia, Democrat Stacey Abrams is seeking to become the first black woman to be elected governor of a US state and in Florida, Andrew Gillum, the African-American mayor of Tallahassee, is waging a bitter battle against Trump acolyte Ron DeSantis. – AFP

Over 200 mass graves found in Iraq 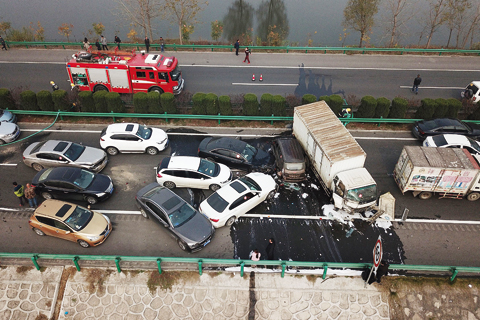 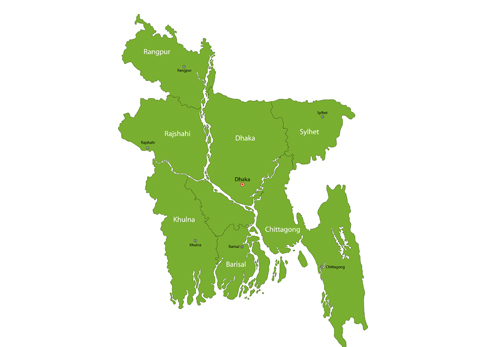 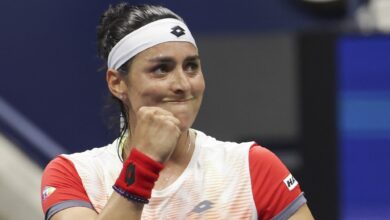