WASHINGTON: President Donald Trump yesterday struggled to contain the political fallout from his ban on immigrants from seven Muslim-majority nations, as his own acting attorney general ordered the Justice Department not to defend the measure. In remarks at the White House and on Twitter, Trump variously tried to play down the impact of the order he signed Friday and defended the White House’s decision not to give advance warning to border guards, diplomats and travelers.

But after a weekend of chaos at airports, mass protests and diplomatic outcries, criticism of Trump’s proposal even came from his predecessor Barack Obama, who broke his silence for the first time since leaving office. “President Obama is heartened by the level of engagement taking place in communities around the country,” spokesman Kevin Lewis said, adding that “American values are at stake” and noting Obama rejects faith-based discrimination.

Obama’s foray back into politics will only add to the White House’s sense of besiegement. For much of the last 48 hours, the embattled Republican president has been on the defensive. “We actually had a very good day yesterday in terms of homeland security,” Trump insisted as he met with small business leaders early Monday.  But in a defiant rebuke late in the day, acting US Attorney General Sally Yates, a holdover from the Obama administration, ordered Justice Department lawyers not to defend the travel ban, casting doubt over its legality.

“At present, I am not convinced that the defense of the executive order is consistent with these responsibilities nor am I convinced that the executive order is lawful,” Yates wrote in a memo to department lawyers. Yates’s directive means that the US government has no authorized courtroom representation in lawsuits and other legal challenges currently pending in the courts against Trump’s order and its ensuing implementation.

The order-which affects nationals from Iran, Iraq, Libya, Somalia, Sudan, Syria and Yemen-caused confusion among US officials and has so far led to at least four federal court injunctions. “If the ban were announced with a one week notice, the ‘bad’ would rush into our country during that week. A lot of bad ‘dudes’ out there!” Trump claimed. The new president moved up a decision on his pick of Supreme Court justice yesterday-two days earlier than planned-as he sought to change the topic.

‘I’m stuck here’
Eltirmizy Mohamed, a 34-year-old Sudanese doctor, was traveling back to the United States when the order was rolled out. After three years training at the Atlanta Medical Center, he was returning to Georgia to take up a full-time post, but was stopped while trying to catch a connecting flight in Qatar. “I have served many homeless and poor Americans,” he said in Khartoum. “My plans were to work in a rural area of Georgia where there are many such Americans in need of a doctor. But now I’m stuck here.”

Trump, a property tycoon who has never previously held elected office, sees the ban as making good on a promise to subject travelers from Muslim-majority countries to “extreme vetting.” Around 48 percent of Americans support a freeze on immigration from “terror prone” regions, even if it means turning refugees away, according to a Quinnipiac poll released Monday. Senior national security officials from the Obama and George W. Bush administrations warned in a letter to top Trump cabinet members that the order “will do long-term damage to our national security.”

Calling the measure a tragically “unnecessary” move that will fuel violent extremist propaganda, they said it “sent exactly the wrong message to the Muslim community here at home and all over the world: that the US government is at war with them based on their religion.” Counterterrorism experts warn that the ban could make essential cooperation with governments in Muslim-majority countries more difficult, while doing little to prevent attacks.  Iraq’s parliament backed reciprocal restrictions if Washington does not change course. “It’s going to be a recruitment boon for ISIS,” said former CIA acting director Mike Morell, an outspoken critic of Trump, referring to the Islamic State group.

Mounting problems
Moral outrage over the ban has been amplified by criticism of the White House’s competency-a potentially much more damaging charge for Trump’s reputation as CEO-in-chief. Firms from Goldman Sachs to Google voiced their concern and the Dow Jones Industrial Average fell 1.1 percent — below the 20,000-point threshold lauded by the president just days ago. Starbucks said it planned to hire 10,000 refugees worldwide over the next five years, while Airbnb said it would offer free accommodation “to refugees and anyone not allowed in the US.”

Late Monday, a few thousand people chanted slogans and held up banners in front of the Supreme Court, which could ultimately rule on the measure.  “No hate, no fear, refugees are welcome here,” they chanted.  One sign read “Impeach Trump Now,” while another read “Immigrants make America great.” Speaking on the Supreme Court’s steps, top Democratic Senator Chuck Schumer said the ban was “against what we believe in America,” and would encourage “lone wolves” to attack the country._ AFP 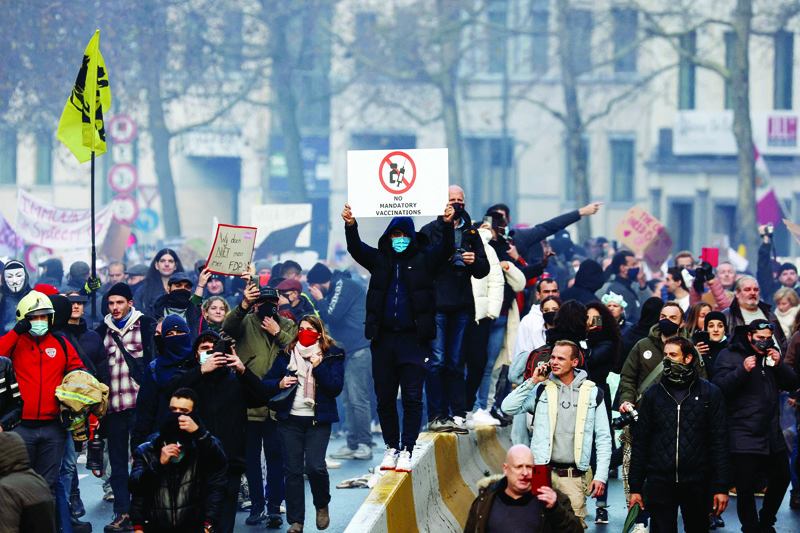 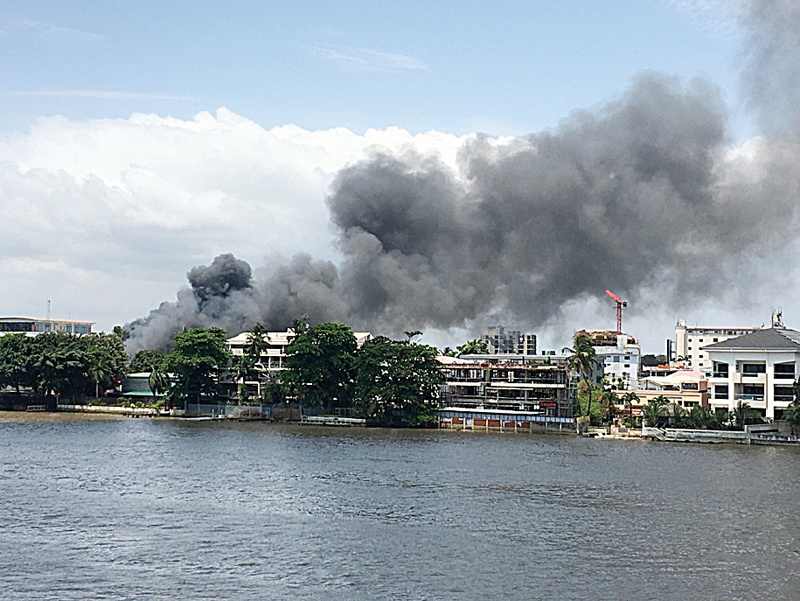 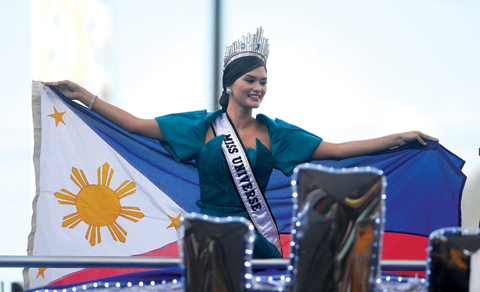 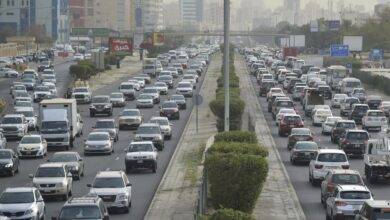