KUWAIT: Jahra police arrested two citizens with five envelopes of shabu. One of them was also wanted to serve a jail sentence. The arrest was made in Saad Al-Abdullah, and both suspects were under the influence of drugs. They were sent to concerned authorities.

A Bangladeshi was caught with 18 imported bottles of liquor. The suspect was known for selling imported liquor, and asked to meet his customers in Mina Abdulla, where he was caught by Ahmadi police. He told officers that he sold liquor to workers and camp owners.

The father of missing boy Mohammad Moheb Abdelwahab said his son took his sister to her school, which is adjacent to his, but hasn’t returned home since Monday, adding that he looked for him everywhere but did not find him. Detectives are intensifying their search for Mohammad. He said the latest information is that two of his son’s friends (both bedoons) were questioned, but nothing has materialized so far. Mohammad is in 11th grade and his house is only 600 meters from his school.

A security source said a person who was driving recklessly until his vehicle flipped over, and who then resumed his reckless behavior, was found to be a policeman. A locally made liquor bottle was found with him, and he was held at Firdous police station holding cell. The source said the suspect will face several charges including endangering others’ lives, and driving while intoxicated.

An official source at the Interior Ministry warned citizens and expats from falling into the trap of some calls urging them to donate to charity projects, adding only licensed bodies can collect donations. Some citizens and expats responded to some of these calls asking them to donate for Syria and elsewhere, and a representative was sent to them to receive the donation. But others refused and called the police. An interior ministry official said there is direct contact with the social affairs ministry for such cases, and concerned authorities deal with them.

A citizen was compelled to call police about a woman who had too much drugs and disturbed neighbors. The woman used to get out of her Jabriya flat under the influence of drugs and harassed passersby and neighbors. But she went further by obstructing traffic and placed herself in harm’s way, so the man called police. Police found the woman in a very bad shape and unaware of what she was doing. A police source said she is an ex-convict and known to security authorities.

Mubarak Al-Kabeer detectives arrested two wanted citizens to serve jail sentences in two different cases. The first case is of a 27-year-old citizen sentenced for five years for violent theft. He was arrested in his house following resistance. The second case is of a citizen sentenced to five years in a felony case, and wanted by information affairs prosecution. He also was arrested in his house, where he attempted to attack them. – Al-Rai and Al-Anbaa

12 dead in landslides on Indonesia's Bali 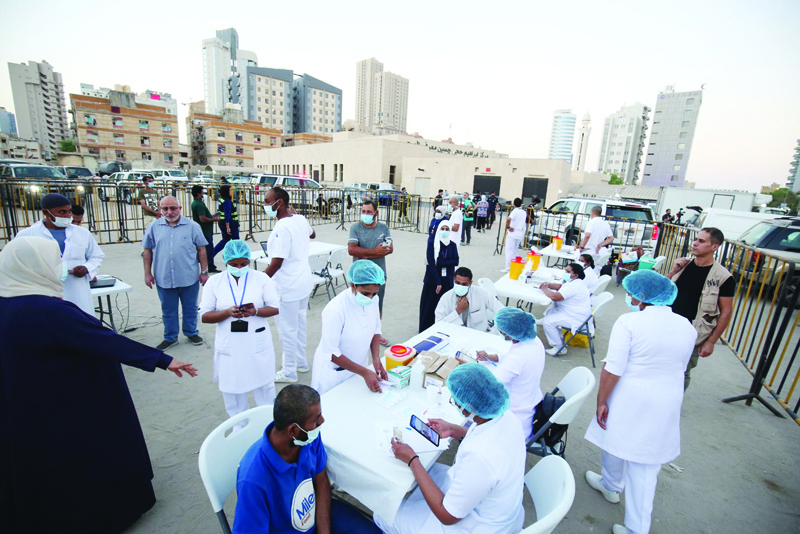 Kuwait reaches out to people still unvaccinated against COVID-19 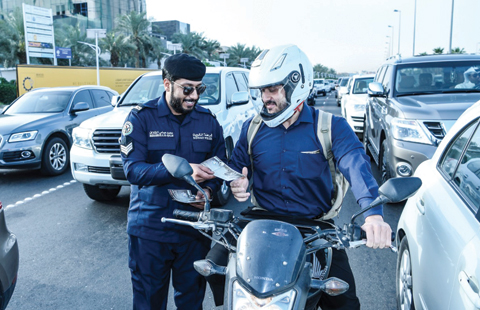 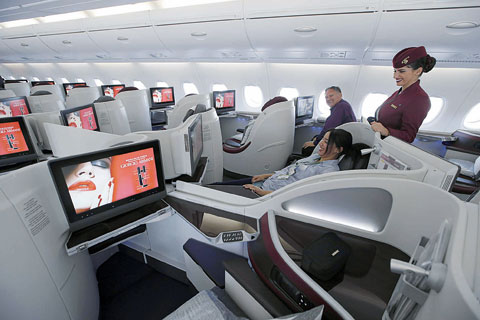