KUWAIT: A huge fire broke out at Hadiya Co-op Society yesterday, said security sources, noting that four fire brigades had to be dispatched to the scene to fight the flames and prevent them from spreading further into the main supermarket.

At least two co-op workers were injured and that were treated by medics onsite, Kuwait Fire Service Directorate (KFSD) said in a statement. Firefighters arrived to the scene shortly after receiving an emergency call at 1:57 pm, and they found out that the fire had started in some dry trees adjacent to the co-op’s building. The flames spread the building’s exterior lining, some administration offices and a limited part of the main supermarket, KFSD said.

Both the co-op’s staff and customers fled in a stampede to escape the fire that was spreading fast due to wind and inflammable substances like cardboard, according to the security sources. The cause of the fire is not yet known and further investigations are in progress to determine whether it was an act of arson or the result of a short circuit. Meanwhile, the Green Line Group held the Environment Public Authority (EPA) responsible for any possible health problems Hadiya residents might suffer from as a result of inhaling the smoke and toxic fumes resulting from the fire. 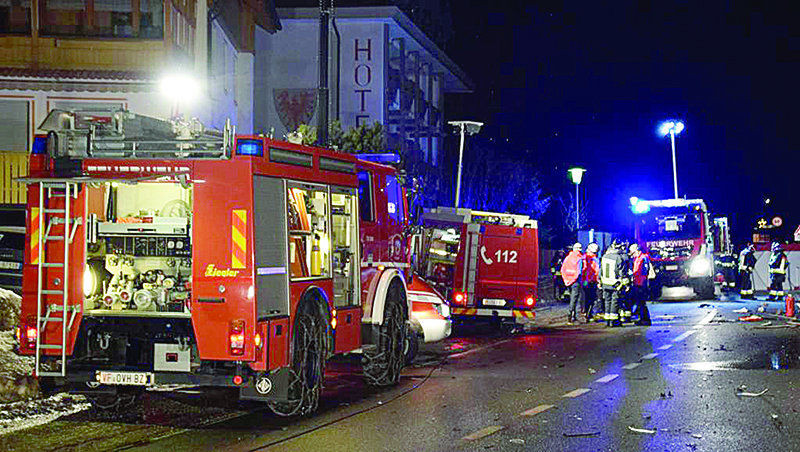