MANILA: Super Typhoon Noru slammed into the Philippines Sunday, battering the heavily populated main island of Luzon with strong winds and heavy rain that have forced hundreds of people to flee their homes. The storm was packing maximum sustained winds of 195 kilometres (121 miles) an hour as it charged towards the archipelago nation after an unprecedented “explosive intensification”, the state weather forecaster said.

Noru, the strongest storm to hit the Philippines this year, made landfall in Burdeos municipality on the Polillo islands, part of Quezon province, at 5:30 pm (0930 GMT). “We ask residents living in danger zones to adhere to calls for evacuation whenever necessary,” Philippine National Police chief General Rodolfo Azurin said.

The Philippines is regularly ravaged by storms, with scientists warning they are becoming more powerful as the world gets warmer because of climate change. “The winds were fierce this morning,” said Ernesto Portillo, 30, who works as a cook in the coastal municipality of Infanta in Quezon. “We’re a bit worried… We secured our belongings and bought a few groceries so we have food just in case.” Videos posted on social media and verified by AFP showed trees being buffeted by strong winds in Infanta and on the Polillo islands.

The meteorology agency said the storm’s wind speeds had increased by 90 kilometres per hour in 24 hours. “Typhoons are like engines-you need a fuel and an exhaust to function,” said weather forecaster Robb Gile. “In the case of Karding, it has a good fuel because it has plenty of warm waters along its track and then there is a good exhaust in the upper level of the atmosphere-so it’s a good recipe for explosive intensification,” he added, using the local name for the storm.

The storm hit about 100 kilometres northeast of Manila. Emergency personnel braced for the possibility of strong winds and heavy rain battering the capital, home to more than 13 million people. Forced evacuations have started in some “high risk” areas of the metropolis, officials said. “NCR is prepared. We are just waiting and hoping it will not hit us,” said Romulo Cabantac, regional director for the civil defence office, referring to the National Capital Region.

Calm before the storm

Noru comes nine months after another super typhoon devastated swathes of the country, killing more than 400 people and leaving hundreds of thousands homeless. Ahead of the latest storm, residents in several municipalities in Quezon were evacuated from their homes, according to the provincial disaster office. In the neighbouring province of Aurora, residents of Dingalan municipality were forced to seek shelter.

“People living near the coast have been told to evacuate. We live away from the coast so we’re staying put so far. We’re more worried about the water from the mountains,” said Rhea Tan, 54, a restaurant manager in Dingalan. Tan said residents were securing the roofs of their houses and boats were being taken to higher ground while the weather was still calm. “We’re even more anxious if the weather is very calm, because that’s the usual indicator of a strong typhoon before it hits land,” Tan added.

Noru is expected to weaken to a typhoon as it sweeps across central Luzon, before entering the South China Sea on Monday and heading towards Vietnam. The weather bureau has warned of dangerous storm surges more than three metres high along the coast of Aurora and Quezon, including the Polillo islands, along with widespread flooding and landslides as the storm dumps heavy rain.

It could topple coconut and mango trees, and cause “severe losses” to rice and corn crops in the heavily agricultural region, while inundating villages. The coast guard reported more than 2,500 people had been left stranded by ferry cancellations as vessels took shelter ahead of the storm.

Dozens of flights in and out of Manila were also cancelled. School classes and non-essential government services have been suspended for Monday. The Philippines-ranked among the most vulnerable nations to the impacts of climate change-is hit by an average of 20 storms every year. – AFP 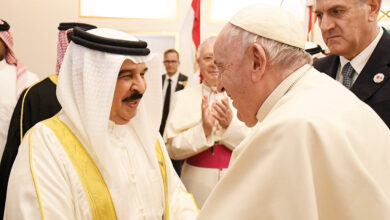 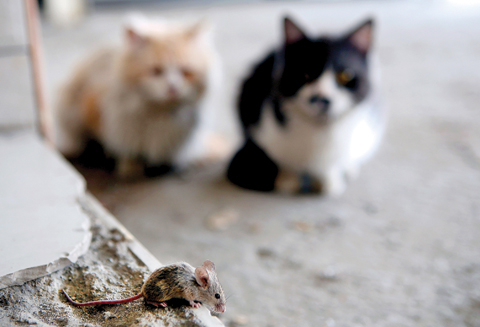 Mice infested human settlements 15,000 years ago in the Middle East 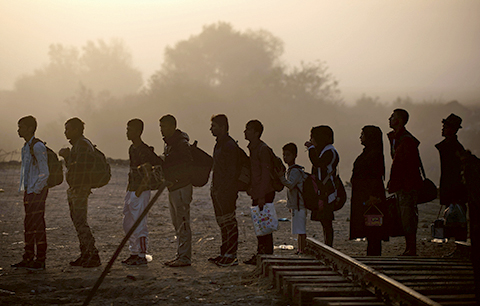 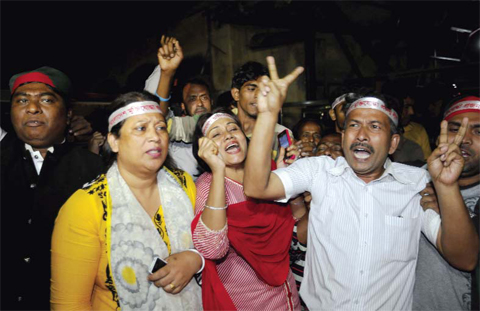