KUWAIT: The United Kingdom’s Minister of State for Middle East and North Africa James Cleverly arrived to the State of Kuwait on Monday. This is Minister Cleverly’s first visit to Kuwait, as he looks forward to further develop bilateral relations and means of cooperation between the United Kingdom and Kuwait. Relations between the two countries were established since the signing of the Friendship Treaty in 1899.

Meanwhile, Kuwait’s Deputy Minister of Foreign Affairs Majdi Ahmad Al-Dhafiri, received Minister Cleverly on Tuesday. They spoke about the Joint Steering Group – the UK Kuwait strategic dialogue which is held twice annually; development co-operation and regional issues including Yemen, Iran, and Palestine. The two sides also discussed important regional issues and shared challenges such as the global pandemic, and the growing threat of climate change, which includes the need to integrate new, efficient and clean forms of energy. Minister Cleverly met with several Kuwaiti British Business Representatives at the British Embassy to discuss maintaining and developing commercial cooperation with Kuwait.

Minister Cleverly also met with Mudhawis list – a gender and democracy NGO, along with women who participated in the election in December 2020. In a roundtable discussion, the group discussed the challenges facing female politicians in Kuwait and learned about the experiences of the candidates in the last elections. Minister Cleverly emphasized UK support for initiatives which help women develop the skills necessary for political leadership.

With the UNFCCC COP talks being held later this year, the Minister was keen to hear what action is being taken in Kuwait to protect the environment and tackle the effects of climate change. Minister Cleverly met with UK scientists who are working with partner organizations across the Gulf to tackle the shared environmental challenges of climate change, biodiversity loss, enabling blue economies and protecting human health.

This includes a collaboration with the six GCC states, Iran and Iraq, to publish the first coordinated regional assessments of climate risk and impacts in the Gulf region. In Kuwait, work has focused on raising climate change awareness across multiple sectors and stakeholders (Government, commercial, academia and civil society).

The UK-Gulf Marine Environment Partnership (UK-GMEP) Program enables Cefas, an executive agency of Defra, to work with partner organizations in the Gulf to address the challenges of marine environmental management by strengthening regulation, developing the knowledge-base to inform management, and building capacity for long-term sustainable management.

Minister Cleverly also visited Ooredoo for the signing of a contract with one of the UK’s leading telecommunications companies, BT. The meeting was attended by the British Ambassador, Director of DIT, representatives from BT joined the conference virtually. Minister Cleverly stated that, “Britain’s relationship with Kuwait goes back over a century, and on the 30th anniversary of your liberation, I am honored to visit. The UK will continue to stand by Kuwait’s side on all matters. I discussed with my Kuwaiti counterparts during my visit; collaborating in education, cybersecurity, climate change, health and democracy.”

Kuwait to back outcomes of UNHRC session on Palestine 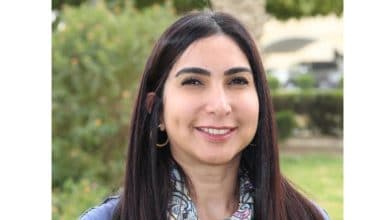 Indian maid detained and tortured by her employer 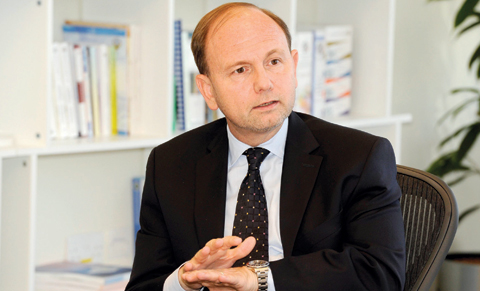 Kuwait economy to ‘rebound in 2 years’