KUWAIT: The United Nations office in Kuwait marked yesterday the World War Day to raise awareness of the global water crisis. The celebration also supports the achievement of Sustainable Development Goal (SDG) number six, which calls for water and sanitation for all by 2030, and also to enhance food security and nutrition in the world.

The theme of World Water Day 2021 is valuing water. The commemoration is an occasion to value water and raise awareness of the water crisis that is affecting around 2.2 billion people living without access to safe water. Dr Tarek El-Sheikh, Representative of the UN Secretary-General and Resident Coordinator, said in a press release, “One of the seven pillars of Kuwait Vision 2035 revolves around achieving a Sustainable Living Environment.”

“Kuwait is one of the world’s most water-stressed countries, with the lowest per capita renewable internal freshwater availability of any country. The country is highly water-stressed with internal renewable less than 70 mm/y, and high dependency on trans-boundary aquifers. Due to the large and continuous increases in population size, urbanization rates, income levels and economic activities, consumption of potable water in Kuwait has witnessed record increases since the start of production of water desalination plant,” he said.

“Rising per capita income together with government-fixed low prices have caused a steep rise in average per capita water consumption. Alternative measures should be seriously considered to reform the water saving system and the new smart metering system to ensure balanced water and rational use, and to develop innovative awareness plans that have a greater impact on reducing the current consumption pattern and saving water,” said Sheikh.

Meanwhile, Jassim Mohammed Al-Nouri, the undersecretary of the Kuwaiti Ministry of Electricity, Water and Renewable Energy, also mentioned that Kuwait “Joins the world in celebrating World Water Day, where water is the main pillar of life and all related aspects of movement, work and energy.”

“Wherever there is water, the more it is available, cities have been established, land has been repaired, crafts, industries and trade are active,” he indicated. He added, “This year’s World Water Day theme is ‘Valuing Water’, which is part of the 2010 United Nations Recommendations and is the sixth United Nations Sustainable Development Goal, providing sustainable water management for all by 2030, which provides safe drinking water to disadvantaged communities.”

“The way of valuing water determines how water is managed and shared, is much more than its financial worth. Water is of enormous and complex value to our families, culture, health, education, our economy and the safety of our environment, and if we ignore any of these values, we may mismanage this limited and irreplaceable resource.

This theme reminds us of the continuous efforts of the State of Kuwait and belief on its noble mission in maintaining peace and security and spreading the principles of justice and equality by ensuring a decent living and the welfare of the peoples of the world. The ministry is developing its future plan to meet the needs of the state, with the ministry’s water production reaching nearly 1 billion gallons per day by 2035,” Nouri said. – KUNA 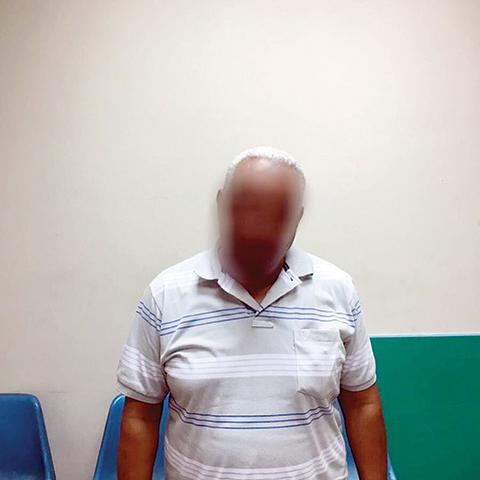 Scores of lawbreakers arrested in crackdowns around Kuwait