KUWAIT: His Highness the Amir Sheikh Nawaf Al-Ahmad Al-Jaber Al-Sabah patronized yesterday an event at Jaber Al-Ahmad Cultural Center (JACC) featuring a commemoration by the US embassy in celebration of Kuwait’s 60th National Day and 30th Anniversary of the Liberation. The US embassy unveiled a glass sculpture at the JACC celebrating 60 years of strong diplomatic relations between the State of Kuwait and the United States of America.

“The bilateral relations between the United States and the State of Kuwait have been exceptional in all fields,” affirmed Sheikh Ali, adding “Today, we are looking forward to writing a new chapter in the history of our two countries, which have always been characterized by close cooperation and mutual respect as witnessed over the last 60 years.”

“This solidarity reminds us of the firm stand the United States had taken to lead the international coalition to support and liberate Kuwait,” he asserted. He said “We proudly recall all the sacrifices the United States had made … I express my country’s sincere gratitude to the people of your friendly country for defending the principles of freedom and sovereignty, which reflect the solid relations between both friendly countries. In conclusion, I extend to you once again and on behalf of His Highness the Amir of the State of Kuwait, Sheikh Nawaf Al-Ahmad Al-Jaber Al-Sabah, our sincere appreciation and gratitude for this great honor.”

Meanwhile, US Ambassador to the State of Kuwait Alina Romanowski said in her speech, “My deepest appreciation goes to Sheikh Ali Jarrah Al-Sabah and the Amiri Diwan for agreeing to exhibit the sculpture at this world-class venue, Kuwait’s premier center for the arts. I also thank Rana Al-Hamad and the staff here at Sheikh Jaber al-Ahmed Cultural Centre for helping us install the sculpture and hosting today’s ceremony.”

The Ambassador continued “The incredible sculpture that we are about to unveil is a gift from the people of the United States to His Highness Amir Sheikh Nawaf Al-Ahmad Al-Jaber Al-Sabah and the people of Kuwait. I hope that visitors to the Cultural Centre will be able to enjoy it for years. This sculpture is a symbol of what people can accomplish when we work together, despite challenging and even tragic conditions.”

“Thirty years ago, the United States stood by “our Kuwaiti friends to build an international coalition that expelled Saddam Hussein’s forces from Kuwait,” the Ambassador pointed out, adding, “After the liberation, the US military and companies worked together with Kuwaitis to put out the fires caused by the retreating forces and help rebuild Kuwait.

In the 30 years since, the United States and Kuwait have built a partnership covering not just defense and security, but also trade, investment, education, and collaboration on regional and humanitarian issues. And just as our peoples worked hand-in-hand to overcome the tragedies of the invasion, the American and Kuwaiti artists who built this sculpture did not let the COVID-19 pandemic put a stop to the cultural partnership between our countries.”

Ambassador Romanowski said, “Artists from the Corning Museum of Glass in New York, along with Lubna Saif Abbas and Mohammad Al-Duwaisan from Yadawi, found creative ways to collaborate over video conference and design the amazing piece that you’re about to see. The American artists shipped their contributions to Kuwait, and then the Yadawi artists added their own brilliant and unique touches to the piece. The whole time, the artists kept in close contact to ensure that everyone provided ideas for the final piece.”

“And thanks to the Amiri Diwan, we are able to display this wonderful creation at the most fitting place: the cultural center named after Sheikh Jaber Al-Ahmad, the visionary leader of Kuwait who led this country out of the invasion and into a new era of prosperity,” added the Ambassador. “Sheikh Jaber and his successor Sheikh Sabah were great friends of the United States.

Today, we honor the important contributions they made to build peace and security in Kuwait and in the region. The United States is just as committed to Kuwait’s security and prosperity today as it was thirty years ago. Whatever challenges may come, Kuwait can always rely on the United States as a partner and an ally.”

“Thank you again to our Kuwaiti friends for hosting this event. I look forward to unveiling this beautiful piece, and to the future of the US-Kuwait partnership,” the Ambassador concluded. After the speeches, the sculpture was unveiled at the JACC. – KUNA 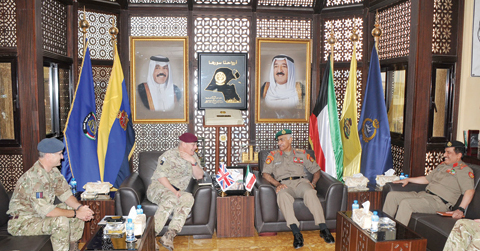 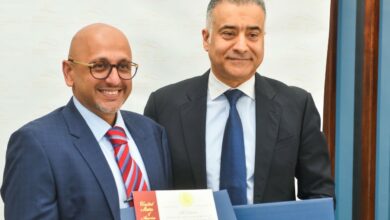 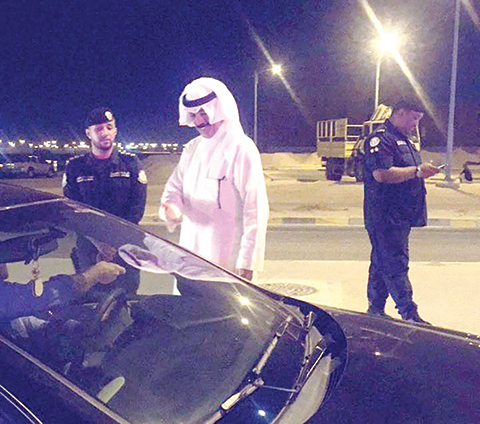