The US-backed Syrian Democratic Forces, an alliance of Kurdish and Arab fighters, broke into Raqa in June and has since wrested 90 percent of the city from IS. But activists say coalition strikes in support of the operation have killed hundreds of civilians and caused enormous damage. The coalition says it takes “extraordinary care” to avoid civilian casualties in its strikes and that it investigates credible claims of civilian deaths.

In late September, the coalition acknowledged the deaths of 735 civilians in its strikes on Syria and Iraq since 2014. But activists say the toll is much higher. Raqa has faced water shortages for months because of damage to pipelines caused by suspected coalition strikes. Even in the early days of the Raqa assault, residents said they feared being caught in air strikes or shelling when they ventured to wells or the Euphrates River that runs south of the city to draw water.

Meanwhile, Israel’s defense minister said yesterday President Bashar Al-Assad was winning Syria’s civil war and urged the United States to weigh in as Damascus’s Iranian and Hezbollah allies gain ground. Avigdor Lieberman’s comments marked a reversal for Israel, where top officials had from the outset of fighting in 2011 until mid-2015 regularly predicted Assad would lose control of his country and be toppled. “I see a long international queue lining up to woo Assad, include Western nations, including moderate Sunnis. Suddenly everyone wants to get close to Assad. This is unprecedented. Because Assad is winning, everyone is standing in line.”

In late 2015, Russia helped Assad turn the tide with a military intervention that put Moscow’s forces in the field alongside Israel’s most potent foes – Iran and the Lebanese guerrilla group Hezbollah – opposite Syrian rebels. The United States has focused its Syria operations on fighting rebel jihadis like Islamic State – dismaying Israel, which has tried to persuade both Washington and Moscow that Iran’s expanding clout is the greater threat.

In its decades under Assad family rule, Syria has been an enemy of Israel, with their armies clashing in 1948, 1967, 1973 and 1982. While largely keeping out of the Syrian civil war, Israel has tried to sway the world powers involved in the conflict and cautioned it could strike militarily to prevent Iran and Hezbollah entrenching further on its northern front.

“We hope the United States will be more active in the Syrian arena and the Middle East in general,” Lieberman said. “We are faced with Russians, Iranians, and also the Turks and Hezbollah, and this is no simple matter to deal with, on a daily basis.” Lieberman did not elaborate on what actions he sought from the Donald Trump administration, which Israel has been lobbying for reassurances that Iranian and Hezbollah forces will not be allowed to deploy near its border or set up bases within Syria. “The United States has quite a few challenges of its own, but as a trend – the more the United States will be active, the better it will be for the State of Israel,” Lieberman said.

Also, a drone strike killed at least eight members of the powerful Hezbollah militia in Syria, where the Lebanese group is fighting alongside the regime, a Britain-based monitor said. An unidentified “drone hit a Hezbollah position near the town of Sukhna (in central Homs province) killing eight fighters, and injuring more than 20,” said Rami Abdel Rahman, head of the Syrian Observatory for Human Rights monitor. A source on the ground confirmed the strike, giving a toll of seven dead from Hezbollah, and said it was still unclear who had carried out the attack.

Hezbollah is a key force multiplier for Syrian President Bashar Al-Assad, and has fought alongside his troops across the country against rebel forces. Assad’s forces and allied fighters are currently waging a campaign in Syria’s vast Badiya desert region against the Islamic State group. The campaign backed by Assad ally Russia has captured large swathes of territory from the jihadists, but they have launched deadly counterattacks on regime positions. – Agencies 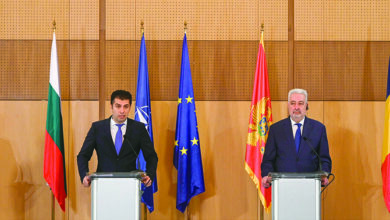 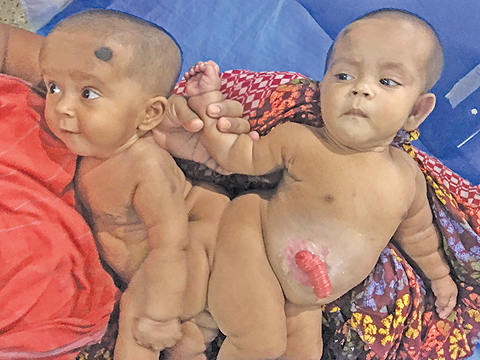 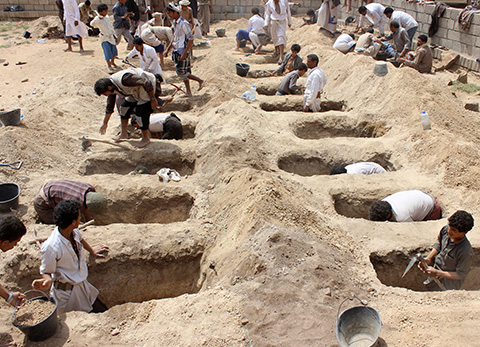 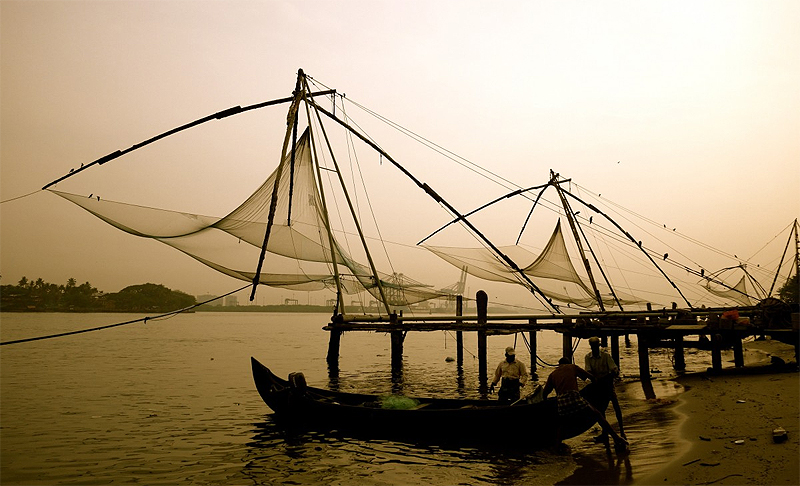 Kerala to give workers siesta to beat the heat