BEIRUT: Washington and Moscow scrambled to salvage Syria’s shaky ceasefire yesterday as the country reeled from jihadist bombings that killed more than 160 people in President Bashar al-Assad’s coastal heartland. A regime offensive outside the capital has severely strained an already fragile nationwide ceasefire between the regime and non-jihadist rebels intended to pave the way for peace talks to end the five-year conflict.

The latest attempts to salvage the truce come after at least 161 people were killed in car bombings and suicide attacks on Monday in the northwestern cities of Jableh and Tartous that were claimed by the Islamic State group. The US envoy for Syria late Monday urged rebels to respect the Feb 27 ceasefire after they gave its brokers – Washington and Moscow – until yesterday afternoon to stop the advance on rebel bastions outside Damascus.

“We recognize that the CoH (Cessation of Hostilities) is under severe stress, but believe that to abandon it now would be strategic error,” Michael Ratney said in a statement on Twitter. “If the armed factions abandoned the CoH, Assad and his supporters would claim this gives them licence to attack all the opposition forces without international objection.” Twenty-nine rebel groups had called on Washington and Moscow to force Assad’s regime “to completely and immediately halt their brutal offensive against Daraya and Eastern Ghouta” near Damascus.

Syria’s army, backed by Lebanon’s Shiite militia Hezbollah, on Thursday recaptured the town of Deir al-Assafir and nine nearby villages in the south of Eastern Ghouta. The town of Daraya was one of the first to erupt in demonstrations against the government in 2011. It has been under a strict regime siege since late 2012. Staunch regime ally Russia late Monday called for a temporary local truce in Eastern Ghouta and Daraya – within the wider nationwide ceasefire – from yesterday.

“The Russian reconciliation center is calling for a 72-hour regime of silence in Eastern Ghouta and Daraya,” Russia’s defense ministry quoted the head of the Russian coordination center in Syria, Sergei Kuralenko, as saying. The February ceasefire does not include the Islamic State group and its jihadist rival, Syria’s Al-Qaeda affiliate, Al-Nusra Front. Kuralenko reiterated Moscow’s call for moderate rebels to withdraw from areas controlled by the Al-Nusra Front and break ranks with the jihadists, saying Russia would keep targeting the militants.

World powers had hoped the ceasefire would lead to a peace deal to end a conflict that has killed more than 270,000 people and displaced millions. But the latest round of UN-backed peace talks ended in deadlock last month after the opposition walked out of negotiations in Geneva in frustration over the lack of humanitarian access.

A surge in violence in the northern battleground city of Aleppo in the following weeks killed more than 300 civilians, leaving the February ceasefire hanging by a thread. World and regional powers met last week in Vienna, but made no notable progress. Monday’s bombings on the Assad strongholds of Jableh and Tartous were unprecedented since the start of the conflict in 2011. – AFP 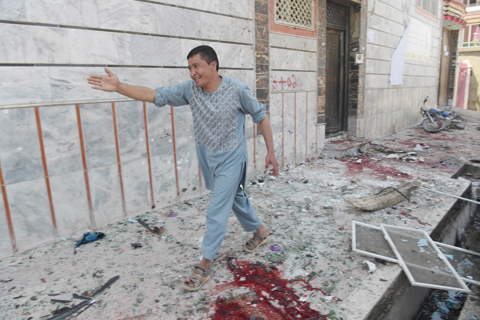 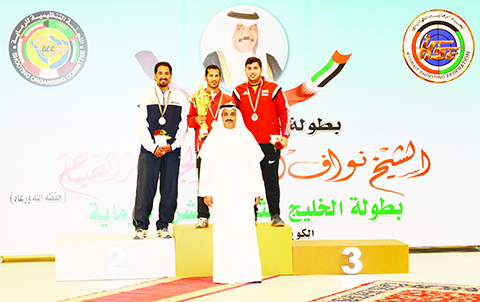 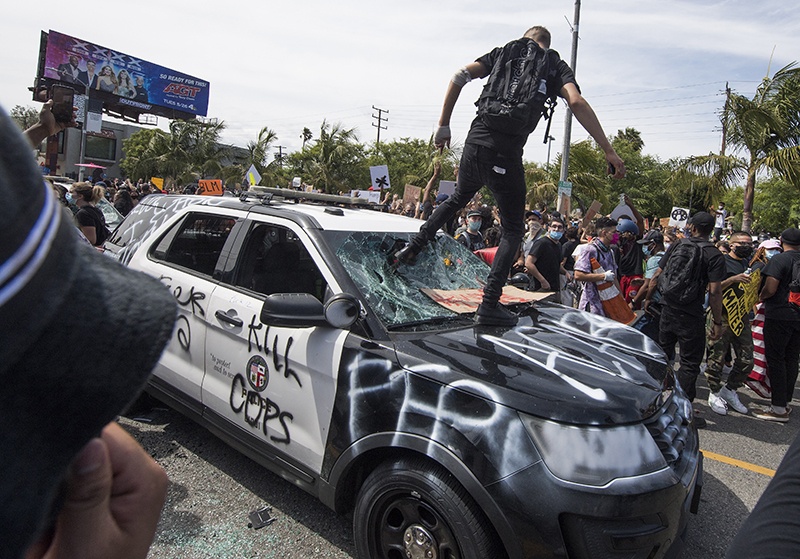 Curfews, clashes as race protests escalate in US 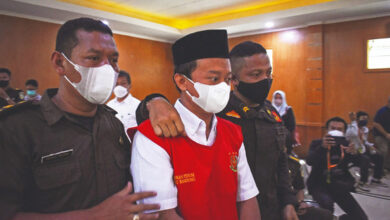 Indonesia teacher gets life in prison for rape of 13 students