A vegan consumes fruits, vegetables and legumes, but does not eat meat, poultry, fish, dairy or eggs – any animal products at all.

Kuwait Vegan Society is a nonprofit group made up of activists who are spreading awareness in Kuwait about veganism. A plant-based diet is exactly what the people of the restaurant capital of the world – Kuwait – need.

Kuwait Times: What are the goals and activities of the Kuwait Vegan Society?
Abeer Al-Sharhan: Kuwait Vegan Society aims to provide resources to support the community in adopting a plant-based lifestyle. Its main goal though is spreading awareness about the positive benefits of veganism and its effect on our health, the planet and animals. Our activities include holding lectures, workshops, documentary screenings, participating in exhibitions, leafleting, holding potlucks, collaborating with other volunteer groups on common issues and participating in conferences.

KT: Can you explain the difference between vegetarian and vegan?
Sharhan: A vegetarian is a person who consumes vegetables, fruits, legumes, dairy and eggs, though not meat, poultry or fish. A vegan on the other hand consumes fruits, vegetables and legumes, but does not eat meat, poultry, fish, dairy or eggs. Also, veganism is about living in a way which seeks to exclude as much as possible and practicably all forms of exploitation of and cruelty against animals, and in my opinion, humans as well. Veganism is about compassion and about treating others, including animals, like you would want to be treated. It is about taking care of our health and the planet and leaving it better than we found it for the generations to come.

KT: What are some of the challenges vegans face in Kuwait, especially from society/acceptance?
Sharhan: The good news is that there are many plant-based options in supermarkets all over the country – from affordable fresh fruits and vegetables to meat and dairy alternatives. So in that sense, vegans in Kuwait are lucky. Some though might still struggle to make their family accept their food choices. Some family members might be concerned that their children might not get enough protein or calcium from a plant-based diet. Some people I know want to be vegan but still eat at home and so cannot be fully vegan until they move out. There are many myths about a plant-based lifestyle and this is part of the confusion that people have.

KT: How many practicing vegans are there in Kuwait?
Sharhan: I do not have a number but I know that veganism is on the rise. I also know that a lot more people are eating less meat and less dairy and this is having a positive effect on their health, the planet and on the number of animals that are spared.

KT: Is this a trend in the region?
Sharhan: I think veganism is on the rise all over the world. In Kuwait, it has been on the rise for the past four years or so. More people are concerned about their health and after trying this lifestyle, they can see that it has some benefits. Others are making the connection between the food they eat and who they are. I know a few who are environmentalists, and by adopting a vegan lifestyle, are contributing to making this planet livable for others in the future. So yes, I guess veganism is trending in the region and is here to stay.

KT: Why do you think it is becoming popular as a lifestyle choice?
Sharhan: I think it is popular and appeals to people as a lifestyle because it is a way for us to live out our values and contribute positively to society and to our planet and those who inhabit it at large. There are many reasons to be vegan – for health, for animals, for the planet and the animal-agriculture impact on world hunger. In order to eat animals, we have to grow crops to feed them – food that could be given to starving people instead of animals.

KT: How many members does KVS have and what does it offer to its members?
Sharhan: The Kuwait Vegan Society is under establishment and all the members are volunteers.

KT: What are the stereotypes/misconceptions that people in Kuwait have about veganism?
Sharhan: That vegans cannot be healthy. That veganism is a Western notion (even though it has been around for thousands of years and started in the East). That vegan food is tasteless. That cows have to be milked (what do we do with all that milk?) That vegan food is expensive. That you cannot be a vegan athlete (a lot of men lift weights in Kuwait and they are afraid they will lose muscle mass). Vegan food makes you fat because most of it is carbohydrates.

KVS is a revolutionary society that is gaining more popularity as it progresses toward its ultimate goal – that each individual is convinced to decrease the consumption of animal-based products and strive to increase plant-based products in their daily meals, all for the sake of one’s health and for the animals’ quality of life. As they say: “Mercy for all!”
Recently, the KVS organized a two-day workshop with the Center for Effective Vegan Advocacy (CEVA) to bolster vegan advocacy in Kuwait. The training was led by CEVA hosts Dr. Melanie Joy, a Harvard-educated psychologist, celebrated speaker, organizational consultant, strategist, and award-winning author; and Tobias Leenaert, international speaker, vegan advocate and strategist.
“The work shop covered many subjects including effective communications skills, effective vegan advocacy, strategic vegan outreach and making compassion easier,” explained Dr Al-Sharhan. 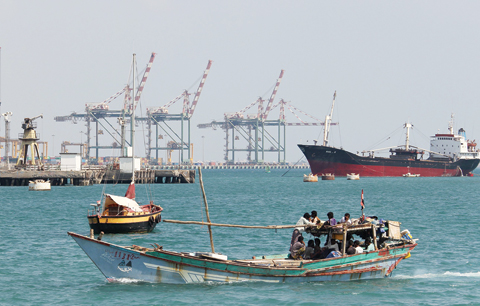 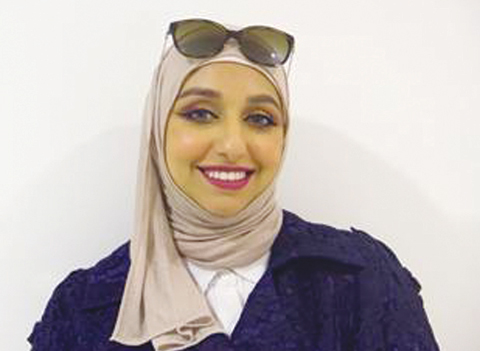