BIRMINGHAM: Grenada’s Lindon Victor retained his Commonwealth Games decathlon crown in a nail-biting finale on Friday as host nation England closed the gap on Australia at the top of the medals table. New Zealand shot putter Tom Walsh also held on to his title while 18-year-old Kenyan Jackline Chepkoech won the 3000 meters steeplechase in a Games record of 9min 15.68sec. Jamaican triple jumper Shanieka Ricketts shed her bridesmaid’s tag-having been silver medalist in the 2018 Games and last month’s world championships-to post a Games record of 14.94 meters. But it was the decathlon that provided the edge-of-the-seat drama at Alexander Stadium.

Victor held on by the skin of his teeth as Australia’s Daniel Golubovic won the 1500m comfortably, threatening to snatch the title away from him. The Grenadan fell to the ground as he awaited the final tally and to his relief he had done just enough to deny Golubovic, winning by just 36 points with a total of 8,233. “Ahead of the 1500m I just thought, ‘Don’t relinquish the lead. Run as hard as you need to win’, and that’s exactly what I did,” said 29-year-old Victor.

Walsh, the 2017 world champion, won the shot put with a mark of 22.26 metres as New Zealand compatriot Jacko Gill took silver with a personal best of 21.90m. “I don’t want to lose to him (Gill), that’s for sure,” said Walsh. “But having Jacko alongside me (on the podium) will be a pretty special occasion. Jacko and I have been going head-to-head for 12 years now.

“We are different people, and I wouldn’t say we’re mates, but we get on really well still-just two different characters.” On Saturday, Olympic champion Elaine Thompson-Herah faces silver medalist Christine Mboma in the women’s 200m after both qualified for the final. Thompson-Herah will fancy her chances of completing the sprint double-as she has done twice at the Olympics-with Mboma only having returned to training five weeks ago after recovering from a thigh injury.

England’s Victoria Ohuruogu is one win away from emulating her sister, Olympic and two-time world champion Christine, in winning Commonwealth Games 400m gold. But the 29-year-old faces a major threat from world bronze medalist Sada Williams of Barbados, who cruised through in her semi-final. Ohuruogu’s team-mate, Matthew Hudson-Smith, will start as a warm favorite for the men’s 400m, looking comfortable in posting the fastest time of the semi-finals. Hudson-Smith revealed after winning bronze at the recent world championships that he had tried to commit suicide last year.

English diver Jack Laugher won his second gold of the Games, in the men’s synchronized 3m springboard with Anthony Harding, despite an interrupted night’s sleep, after taking the 1m springboard title. “To say that I had a couple of hours’ sleep and then to go out there and perform some of the hardest dives in the world alongside a great syncro partner was obviously pretty good,” he said.

In the men’s 86kg category, Deepak Punia beat Pakistan’s Muhammad Inam, who called for more sporting ties despite political tensions between the South Asian nations. “There is no hate,” he said. “The more sporting competition that we can have between us, the better the relations between the people.” England’s women reached the hockey final with a shootout win against defending champions New Zealand while Australia also needed a shootout to beat India.

England’s Marfa Ekimova, who was born in St Petersburg, claimed the individual all-around title in rhythmic gymnastics, “I hope to inspire the kids in the crowd,” the 17-year-old told the BBC. “I want them to be rhythmic gymnasts and this sport to carry on through the generations.” George Miller, 75, became the oldest Commonwealth gold medalist when Scotland beat Wales in the para mixed pairs bowls. Australia still lead the way in the overall medals table, which includes para events, with 50 gold, but England are now just three behind with three days of competition to go. – AFP 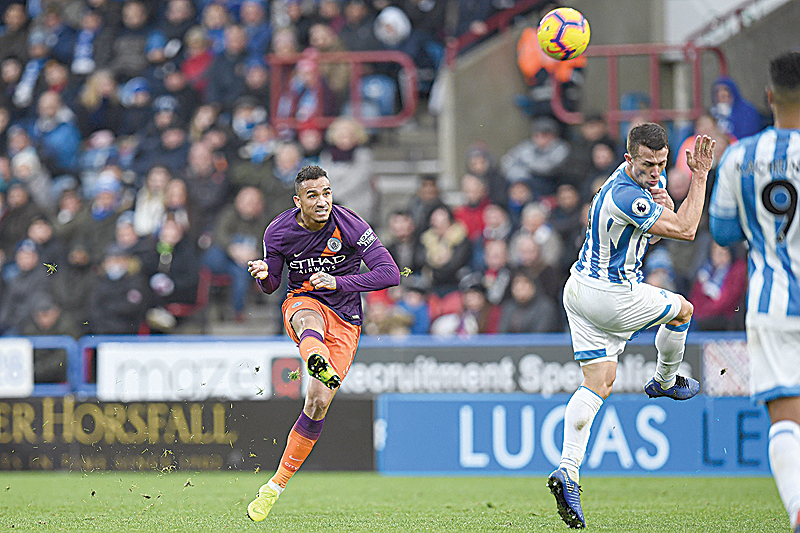 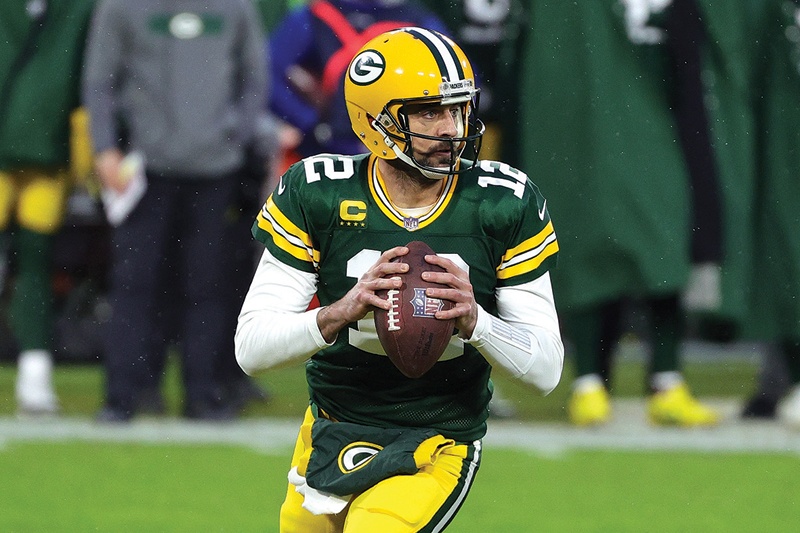 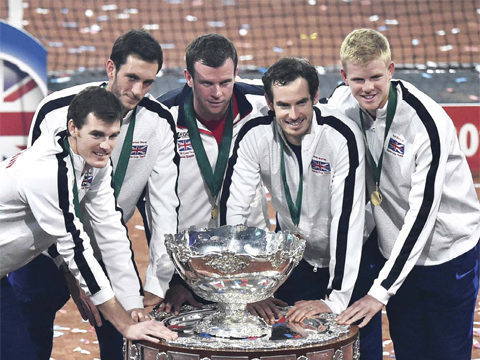 Long wait over as Murray wins Davis Cup for Britain 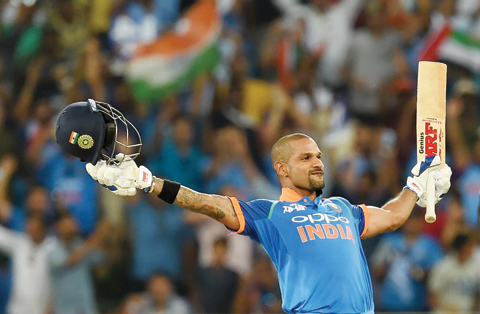